RealRides of WNY (on the road) - Jaguar XK-E Series 2 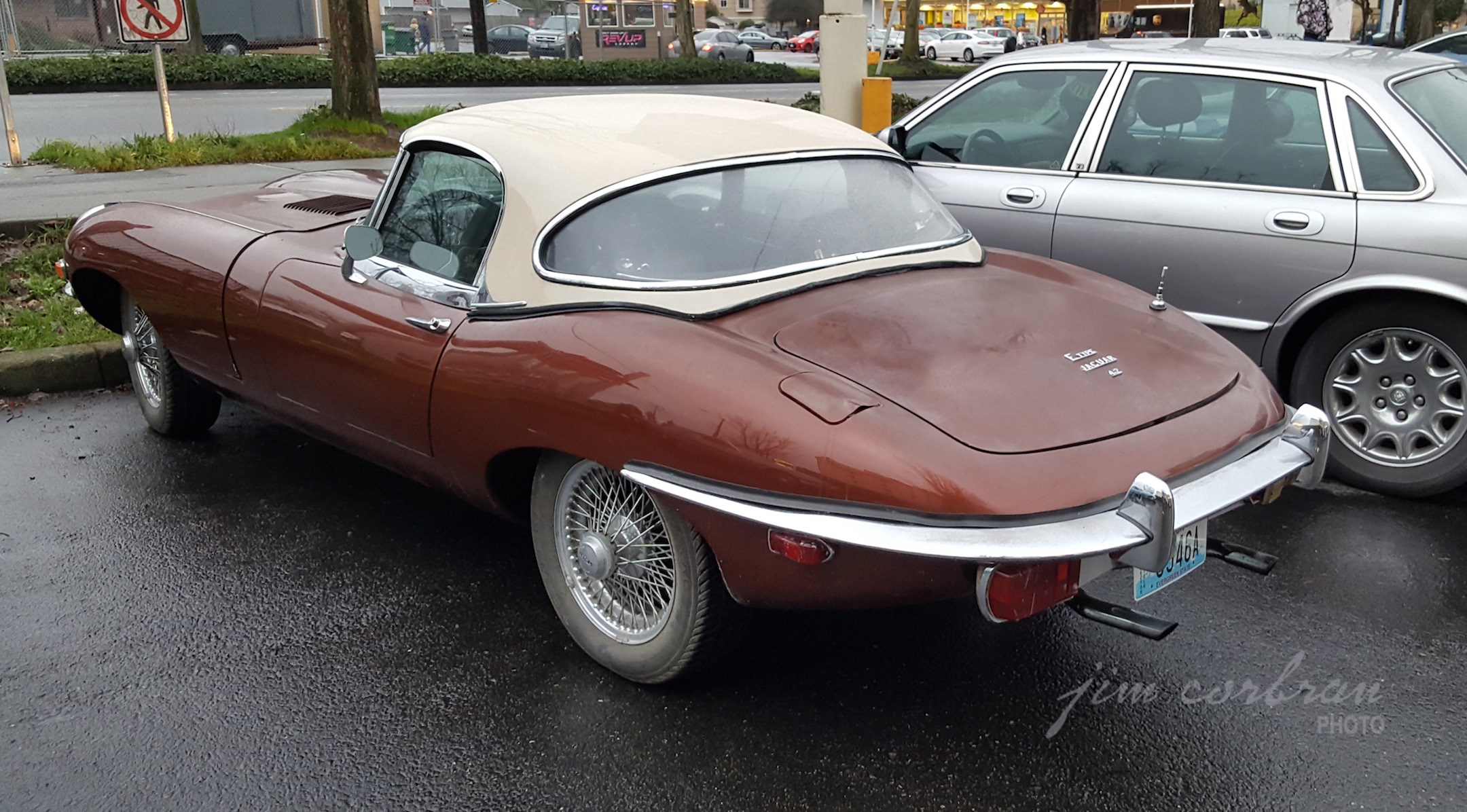 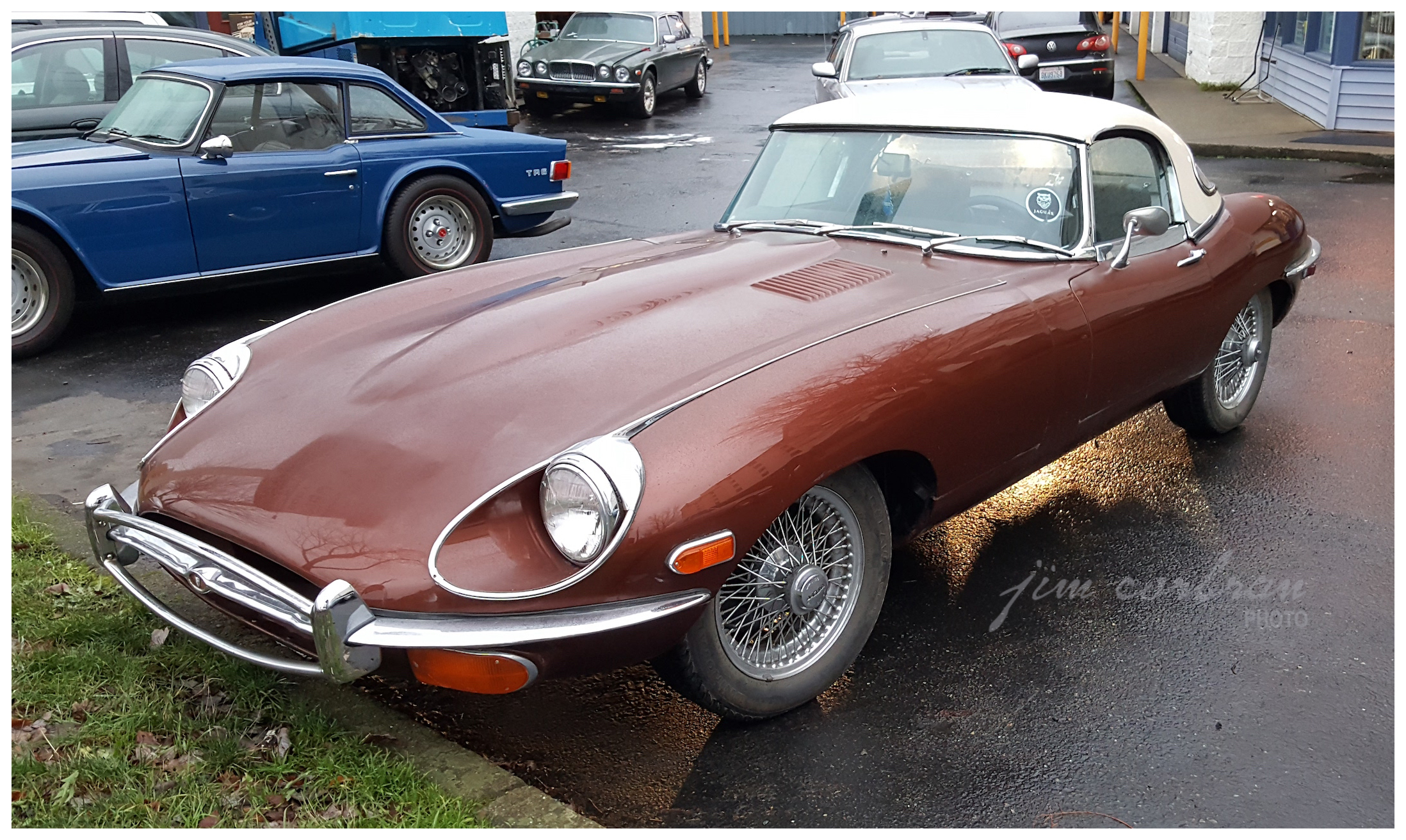 Although I don’t claim to have seen a lot of Jaguar XK-E Series 2 cars over the years, I’ve have seen a few of them. But I don’t ever remember seeing one in this color combination. That’s possibly due to the fact that you rarely see an XK-E roadster (or E-Type, as the boot badge tells us) with the optional removable hardtop. You’ve gotta admit that the dark brown/off-white combination is striking. The Series 2 model was produced for models years 1969 and 1970. Biggest difference visually from the first series is the loss of the glass headlight covers; while the series 3 models feature a much larger grille up front. Saw this one a few weeks ago during a trip to Seattle.