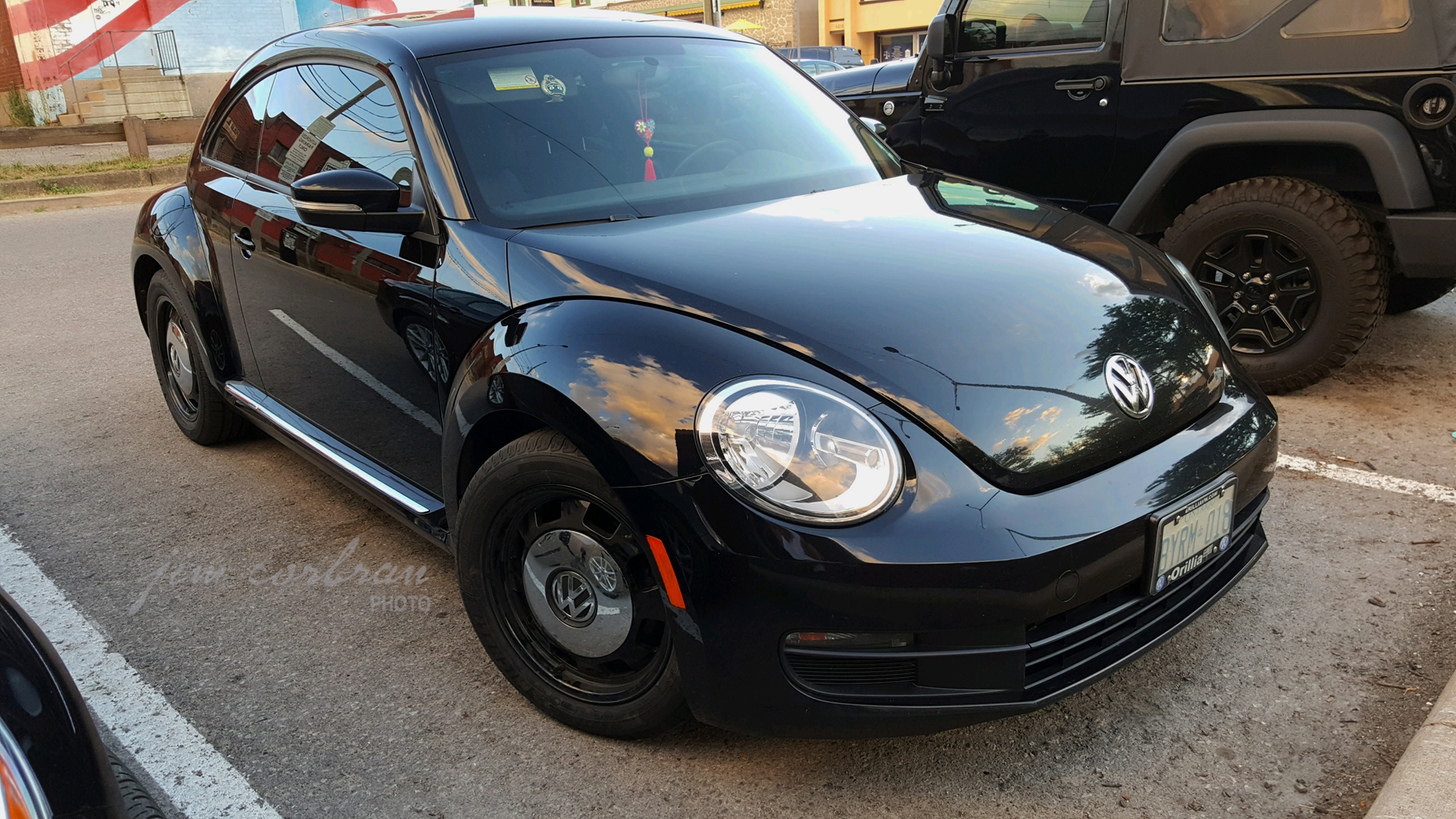 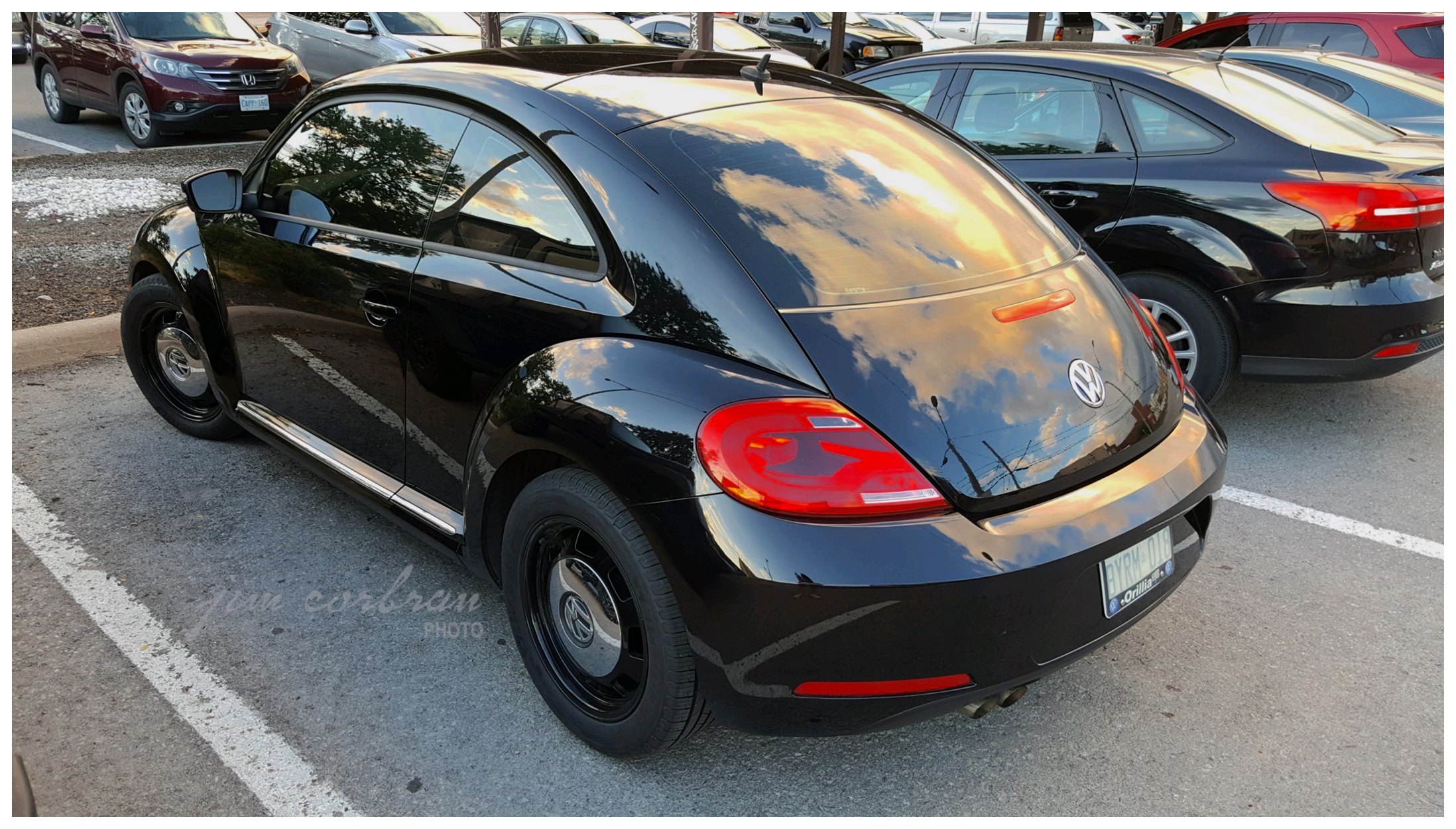 Although it’s not a chiseled-in-stone rule that every car featured here has to be a classic, for years now it’s been the norm. But when I came across this Black VW Beetle over the summer I knew I wanted to feature it here. I’ve always had a soft spot in my heart for the old Bugs, and was quite torn about the newer ones when they bowed for model year 2012. This one has the optional rims which look like the old Beetle’s flat hubcaps, which really look good with the black paint job. And now that VW has announced that Beetle production will end later this year, it seems like as good a time as any to make this one our newest RealRide. Found it in Niagara Falls, Ontario while attending a Tuesday night Cruising-on-the-Q car show last July.