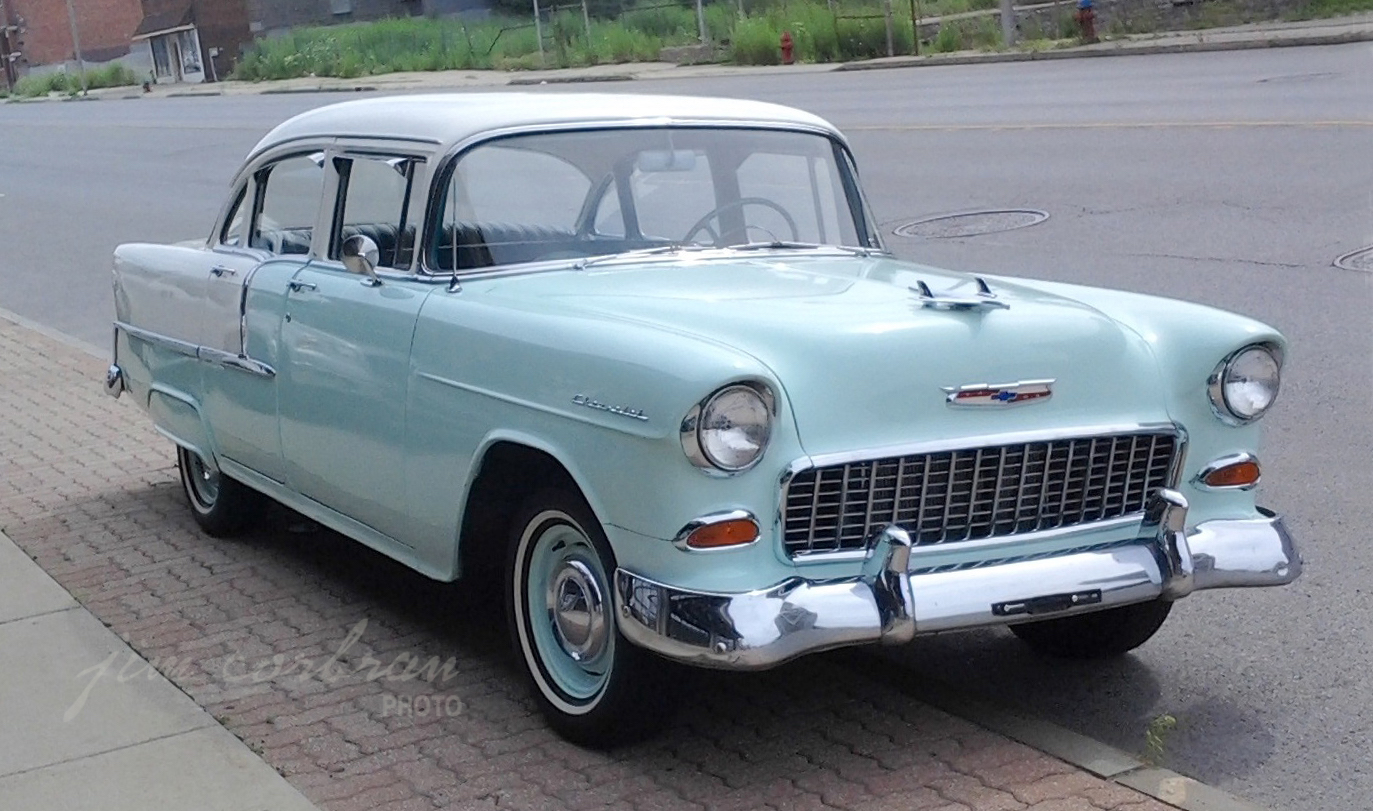 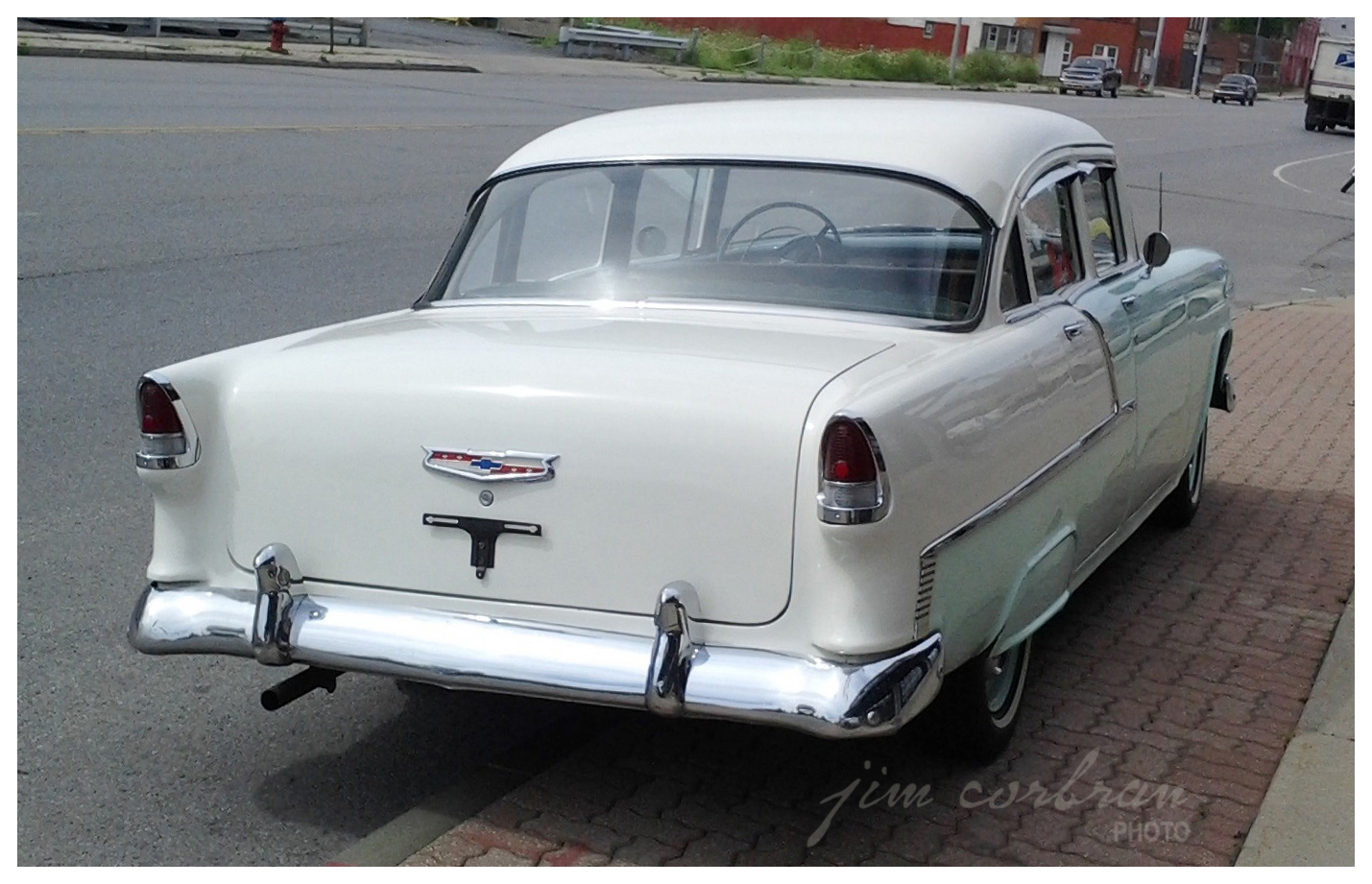 You can see from the photos of this 1955 Chevrolet Two-Ten sedan that the previous owner (it was spotted a few summers ago on a Buffalo used car lot) sprang for a few items out of the Chevrolet Accessories for 1955 catalog. From here we can see: a fender-mounted antenna, which probably means that in the dash is one of three available radios (all AM-only) — manual tuning, signal-seeking, or custom deluxe pushbutton; body-mount mirror (one on each side); back-up lamps; and window vent shades. The narrow whitewalls on this example are from a later era; it’s also wearing a pair of fender skirts which weren’t in the accessories catalog we found. The optional two-tone paint on this Two-Ten appears to be India Ivory over Skyline Blue.