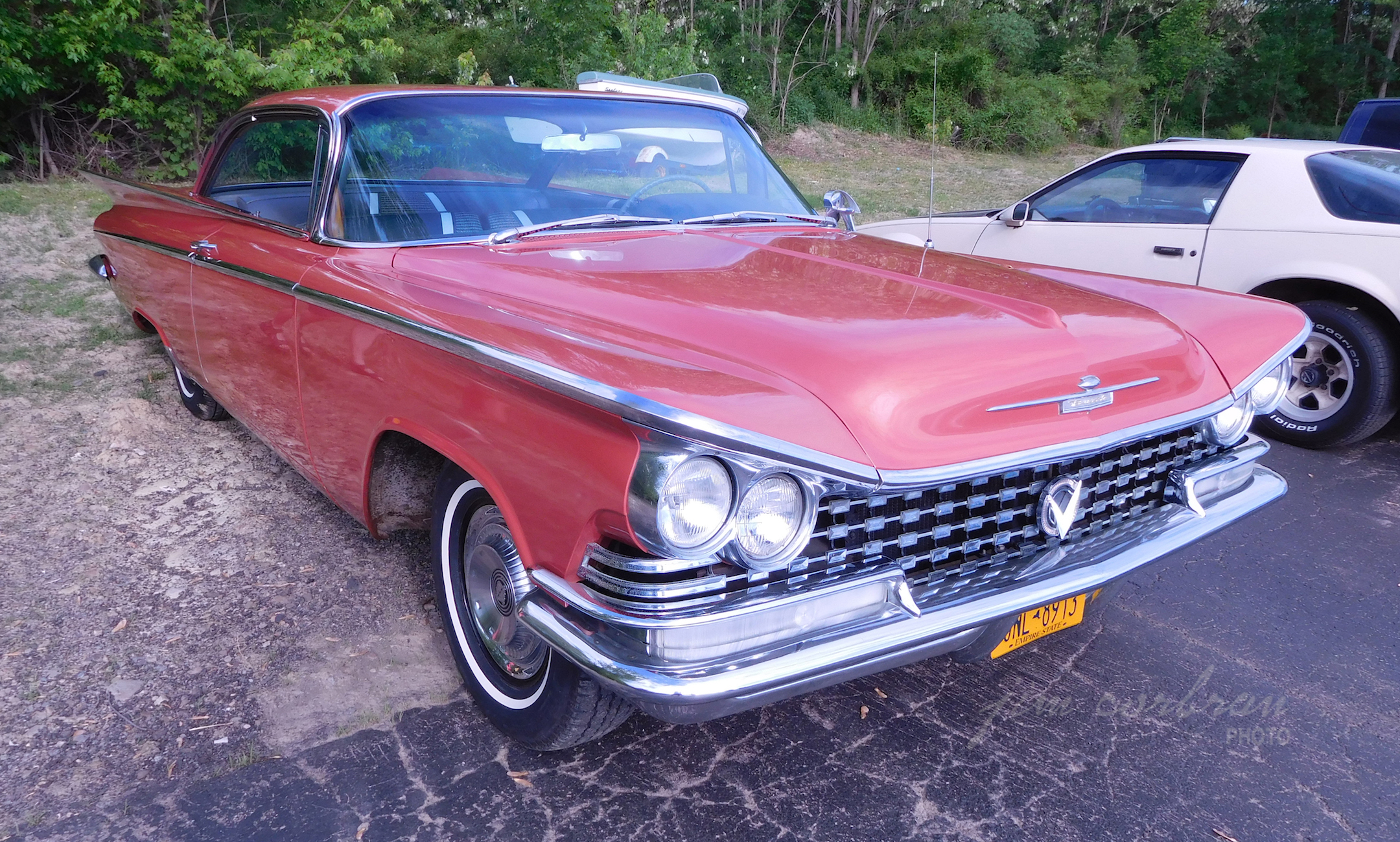 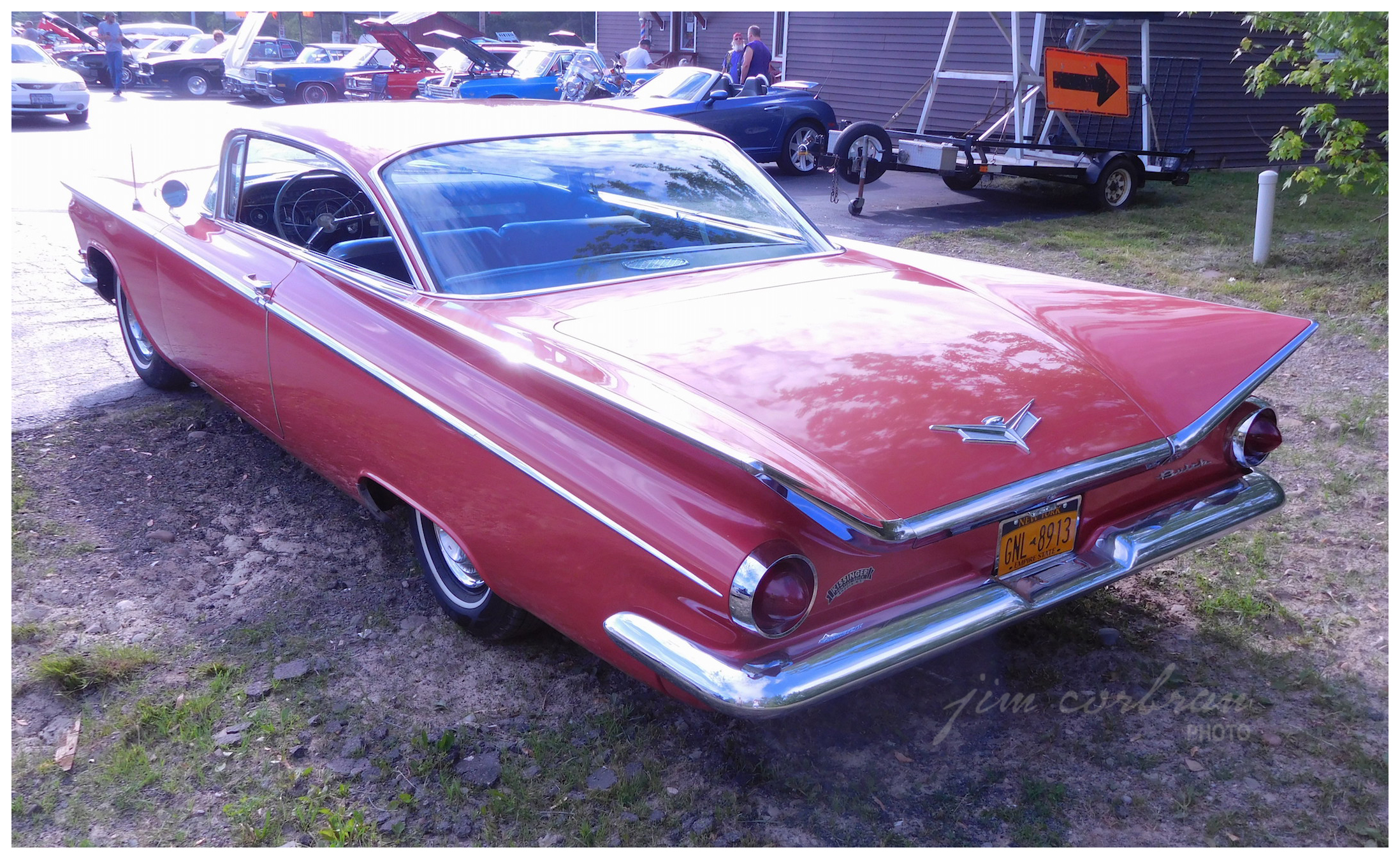 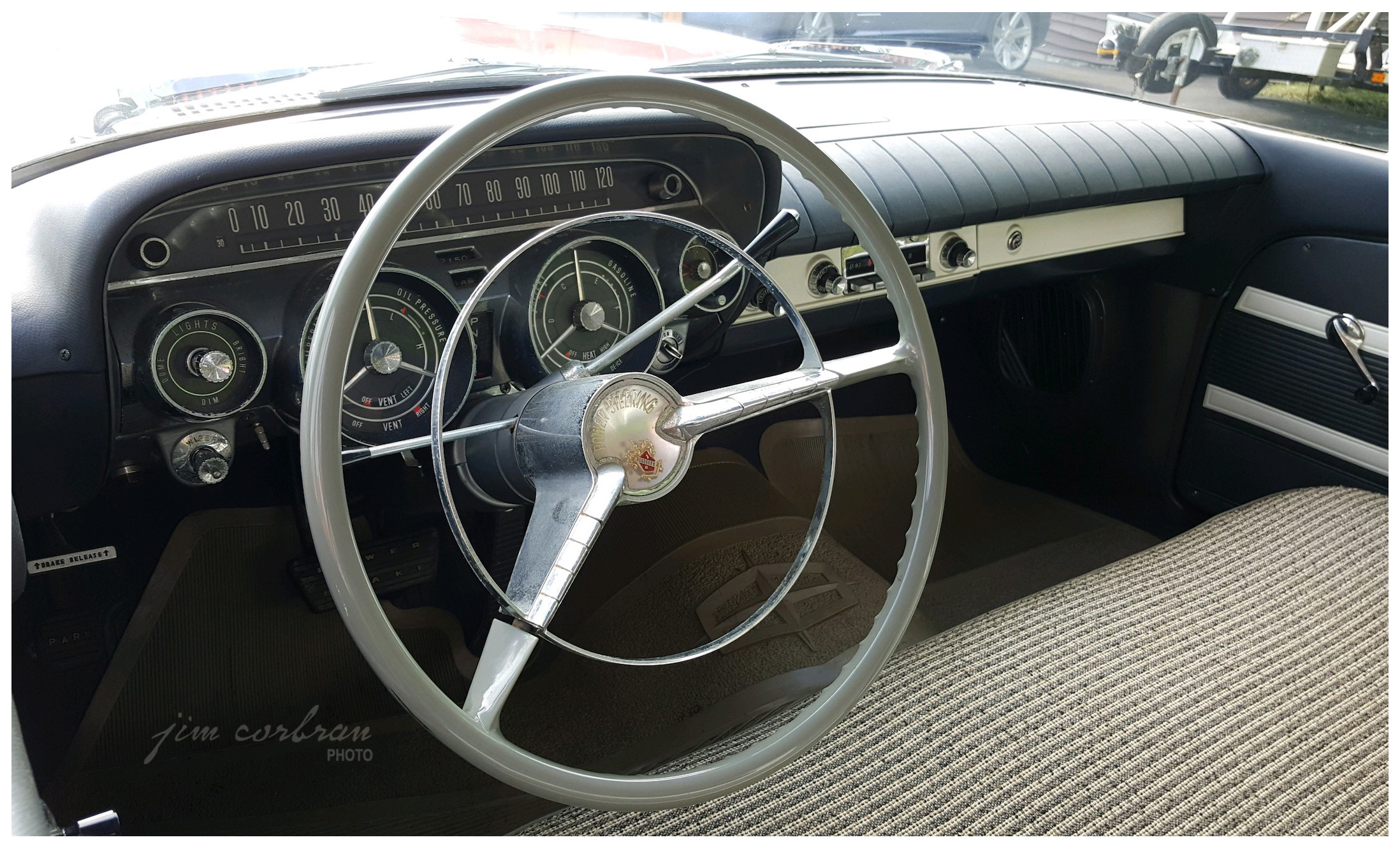 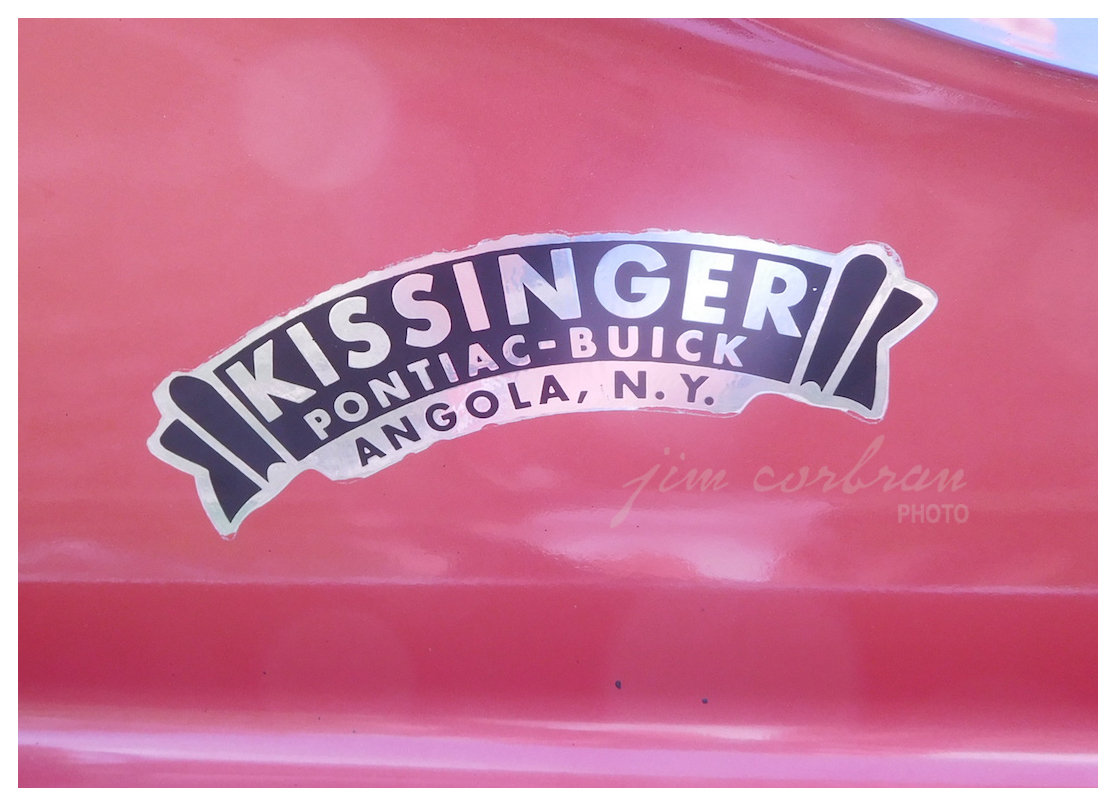 The story behind this 1959 Buick LeSabre, seen last summer at a Big Indian Smoke Shop car show in Irving, is that when the present owner was a lad the car was owned by a neighbor; and this lad so admired the car that he hoped to some day own it. As fate would have it, that original owner hung on to the car long enough until the day came when his family offered it for sale — to the one-time admiring neighbor lad (by now a full-fledged grownup). It’s still wearing the very attractive Tawny Rose Poly color that it left the factory with. Some of the extras include power steering, color-matched Safety Pad on the dash, a rear seat speaker, and deluxe wheel discs. When we came across this car last summer, it was showing a mere 32,150 miles on the odometer. And the back end is still wearing the dealer sticker from Kissinger Pontiac-Buick in Angola, the town where this car has spent its entire life.