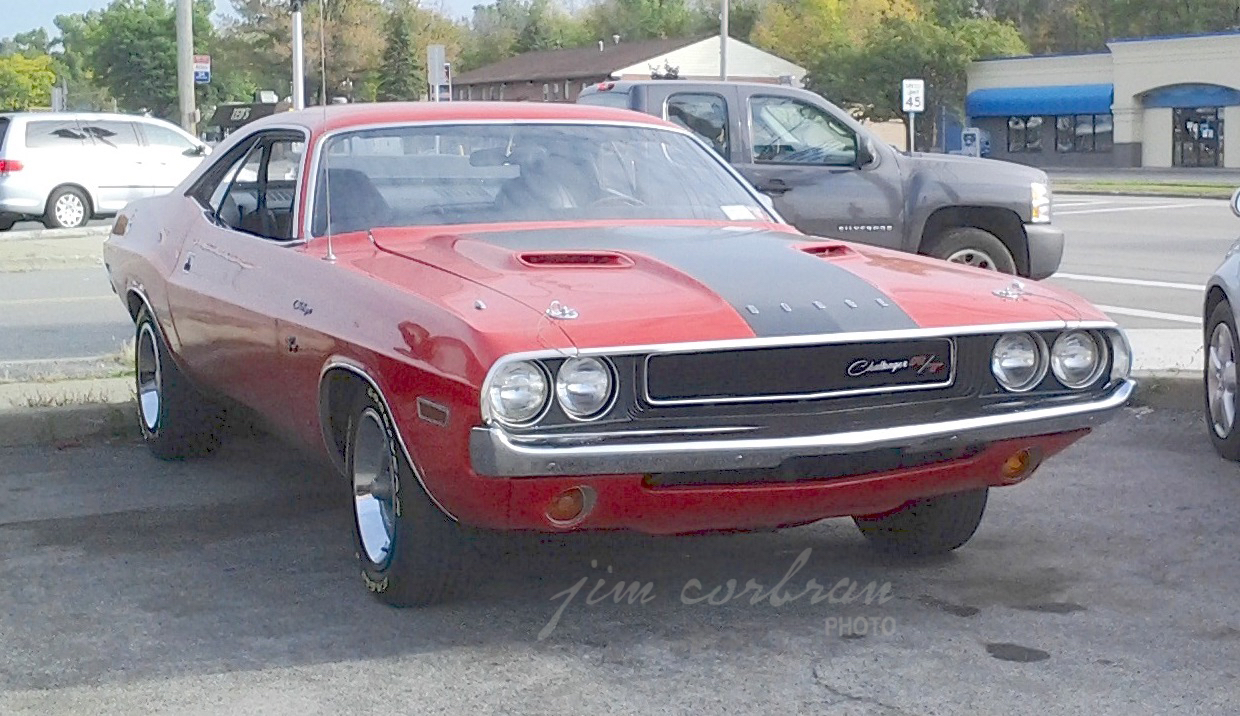 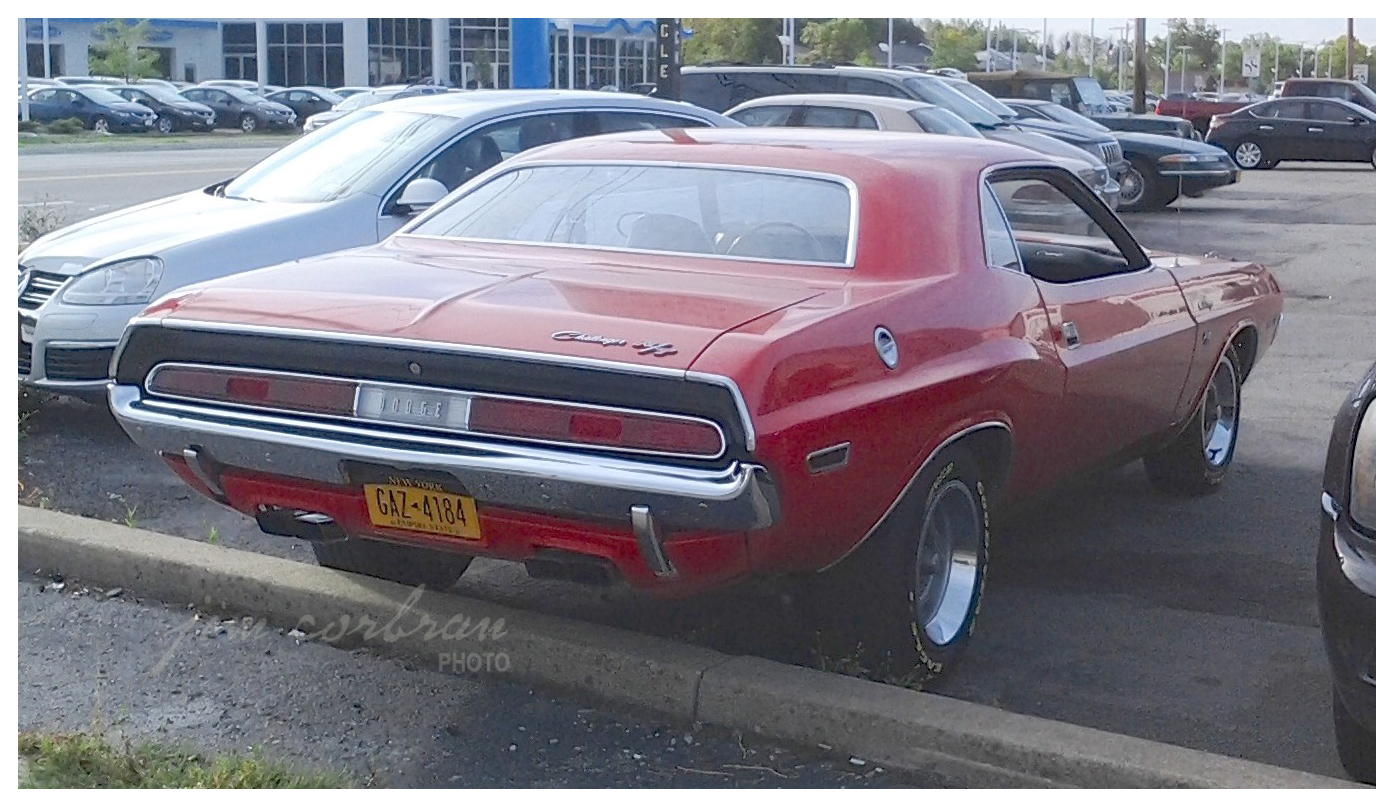 This 1970 Dodge Challenger R/T has more than a passing resemblance to the newest iteration of Dodge’s high-performance two-door (new being a relative term here, what with the 2019 car being in its 10thmodel year). You will notice quite a difference though, if you park the old and the new side-by-side, as the new cars are much larger — almost full-sized, while the original was built as a derivative of Mopar’s compact cars. Big differences can also be found under the hood, where Chrysler’s venerable Slant-6 was the standard engine for the original base Challenger, while options ranged on up through the 426CID Hemi, which put out 425 hp. Compare that to today’s Challenger, whose standard powerplant is a 305-hp 3.6L V-6, while the range tops-out at a 6.2L Supercharged Hemi V-8 in the Challenger SRT Demon, rated at… 840 hp (and priced at a whopping $86,390)! Saw this red R/T a few summers ago in Tonawanda.