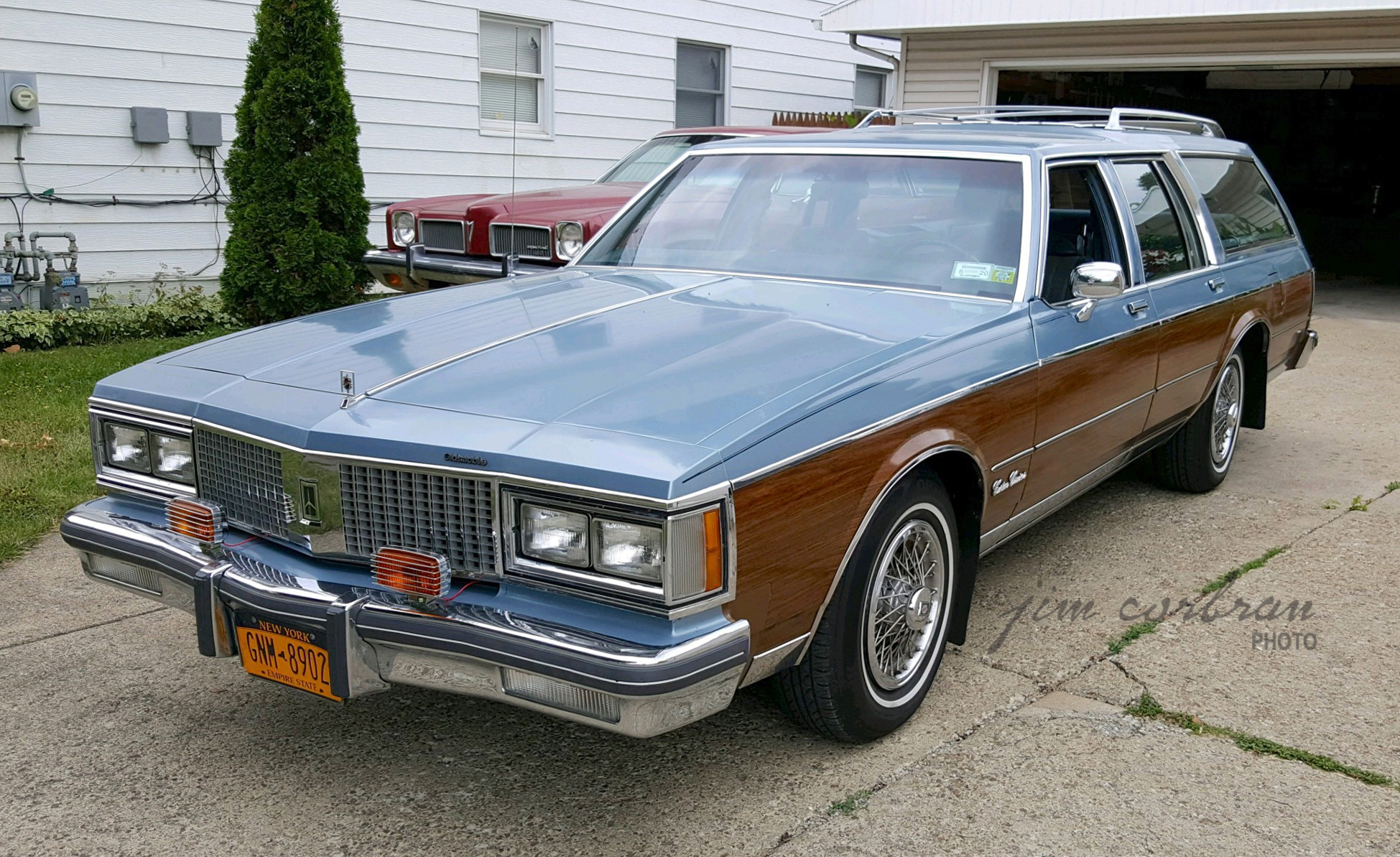 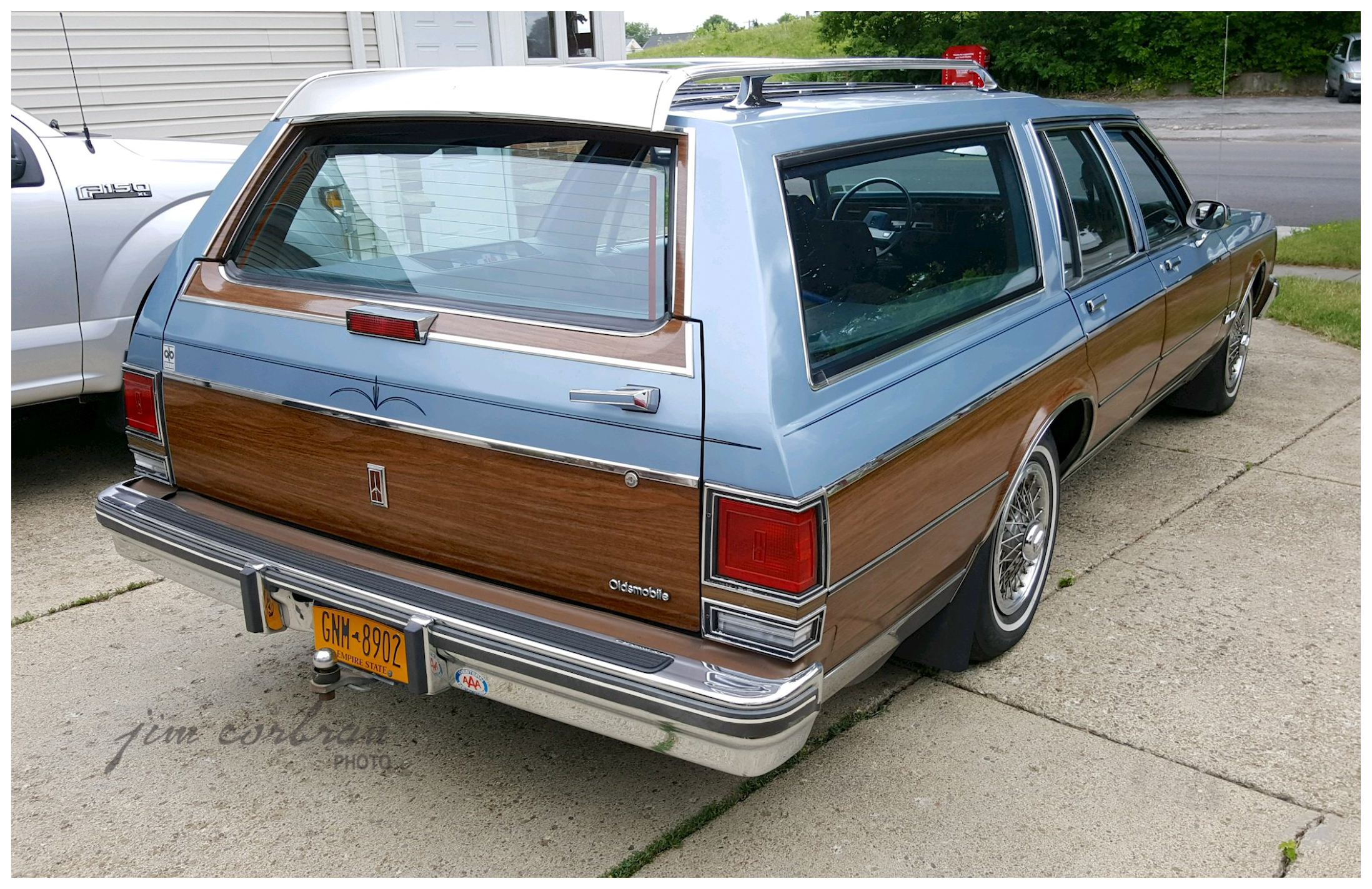 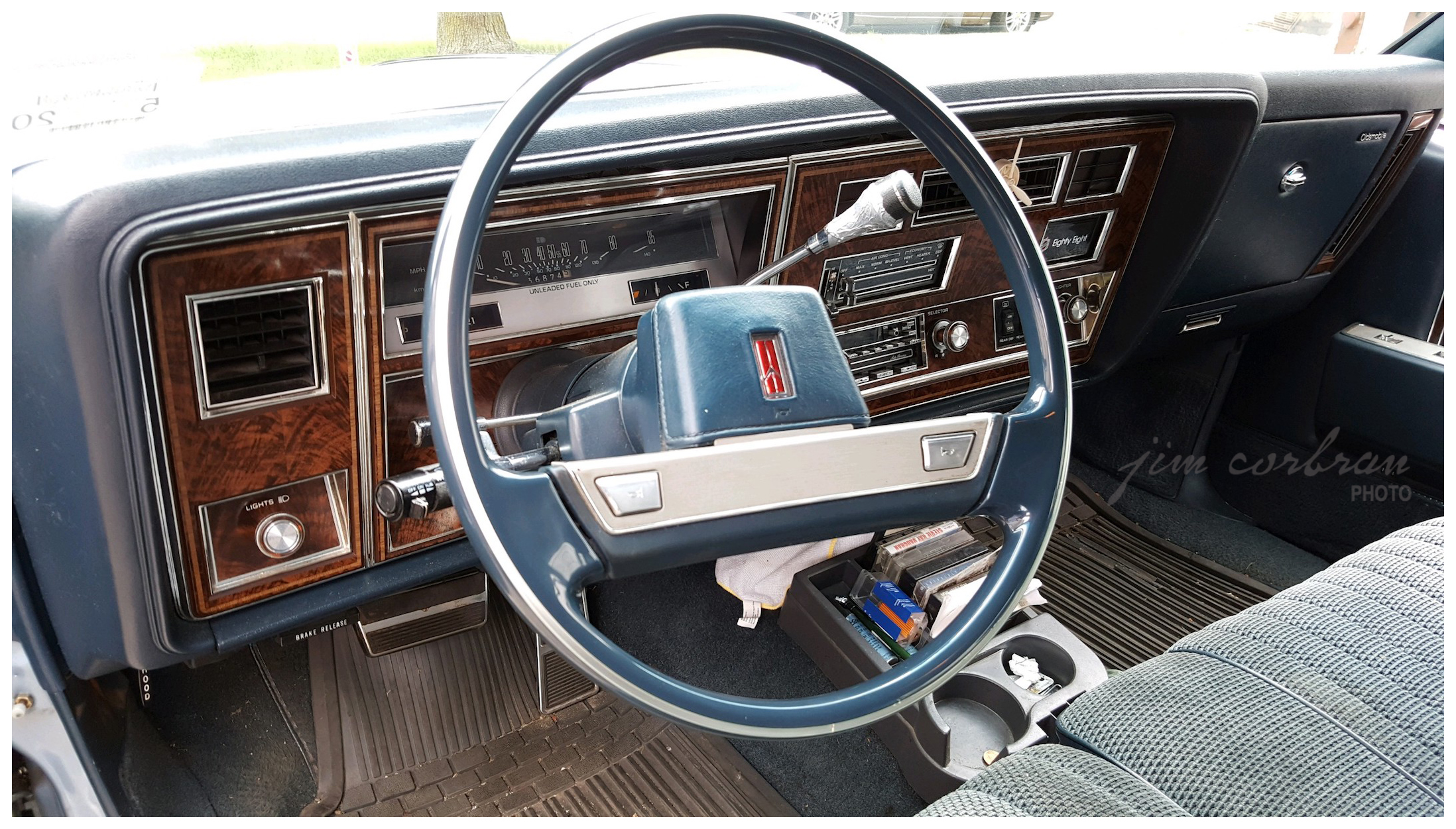 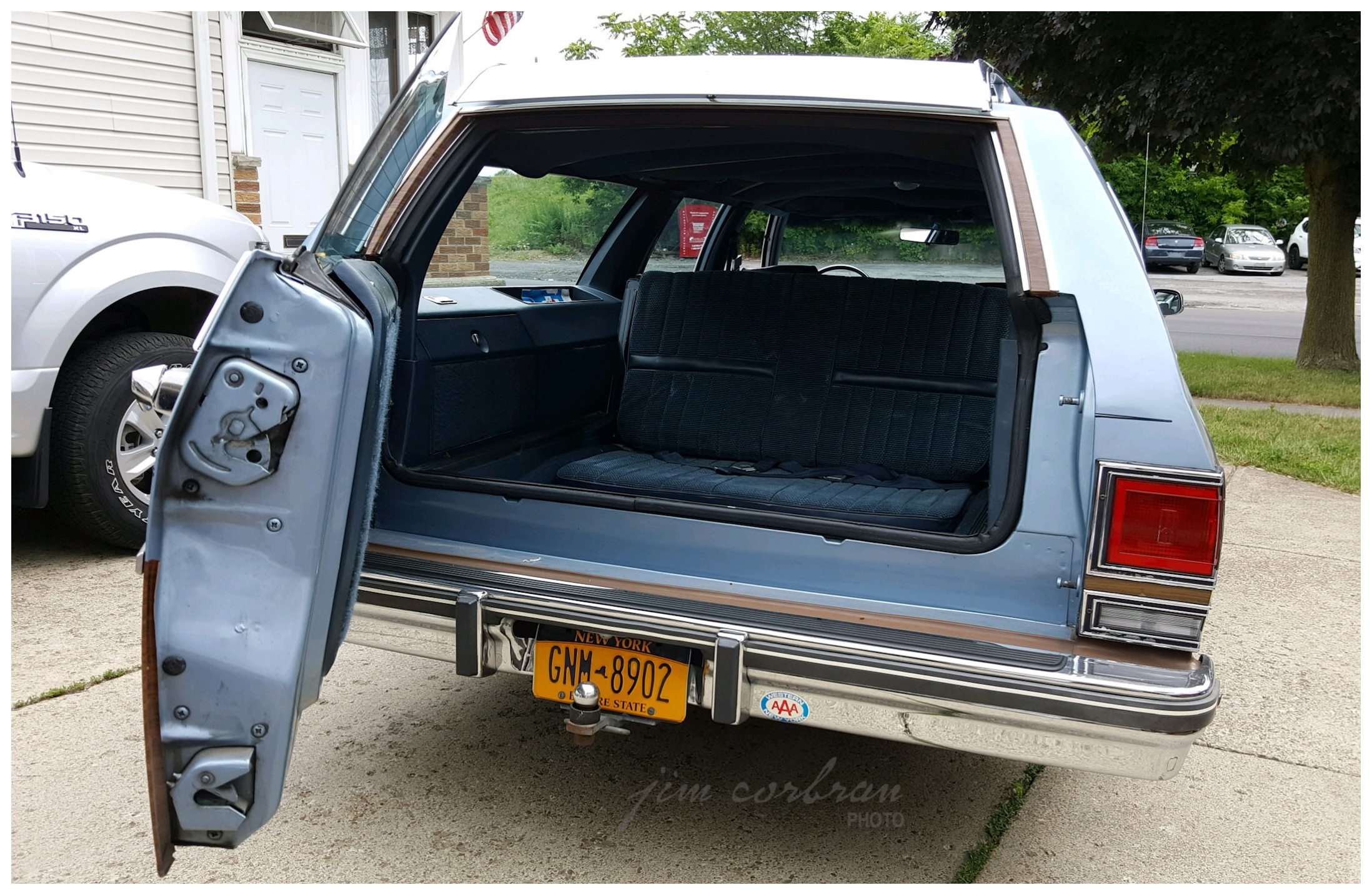 This pristine-looking 1987 Oldsmobile Custom Cruiser is owned by Buffalo’s Mark Kramer, and was bought new by his parents, who traded-in their 1962 Olds convertible for it at Basil Oldsmobile. The Custom Cruiser was Old’s last rear-wheel-drive car, after the rest of the full-sized line had been downsized for 1986 and switched-over to front-wheel-drive. It still had the 5.0L V-8 as standard equipment, and Kramer’s car also has the optional rear-facing third-row seat. From the brochure (obviously written by an angler): A million miles from nowhere… hauling in a lunker bass, breathing pine-scented air, and sleeping like a baby under a star-studded sky. That’s the life, and you’re ready to head for the action at the drop of a hat. So is a big, roomy station wagon. CUSTOM CRUISER.