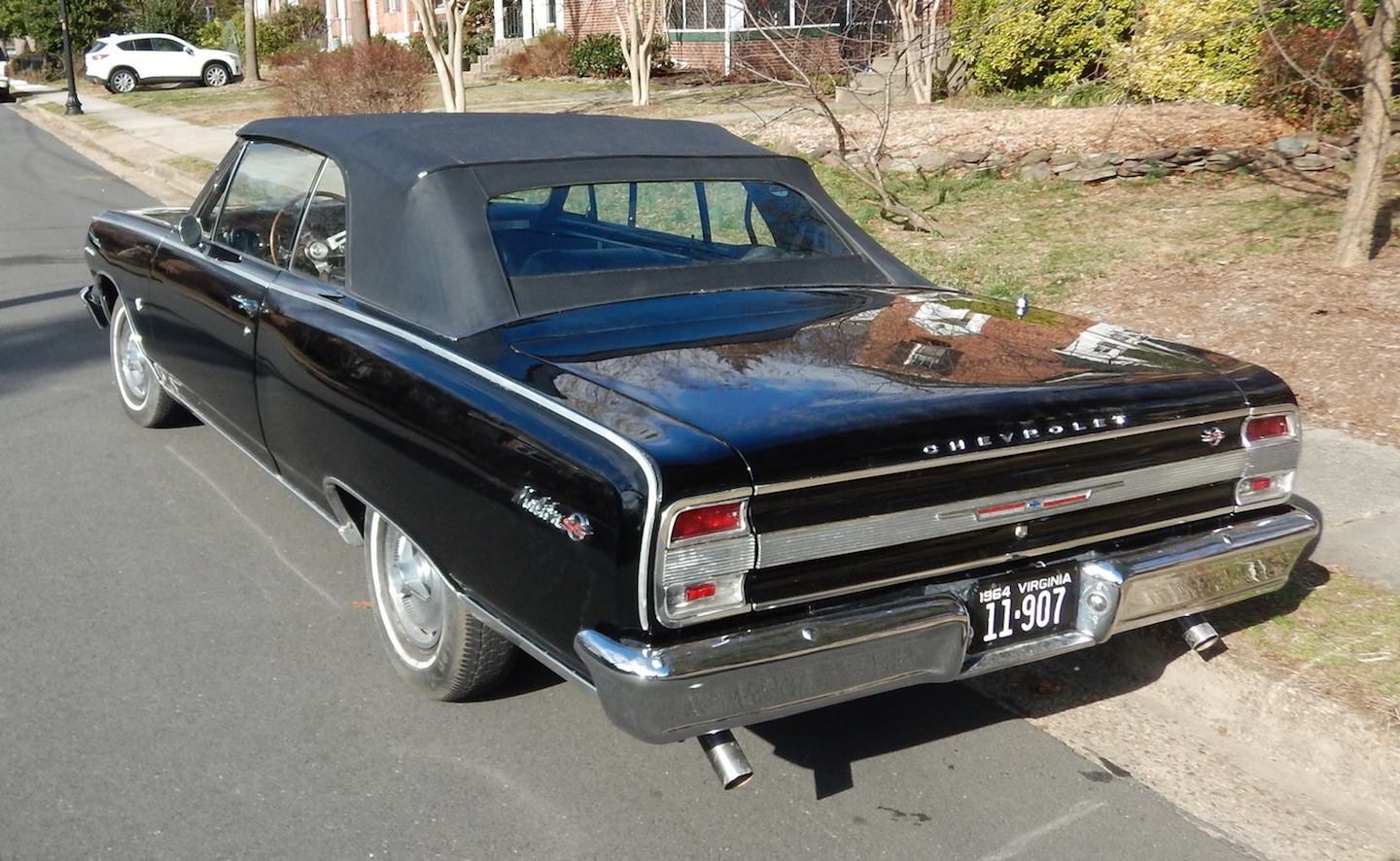 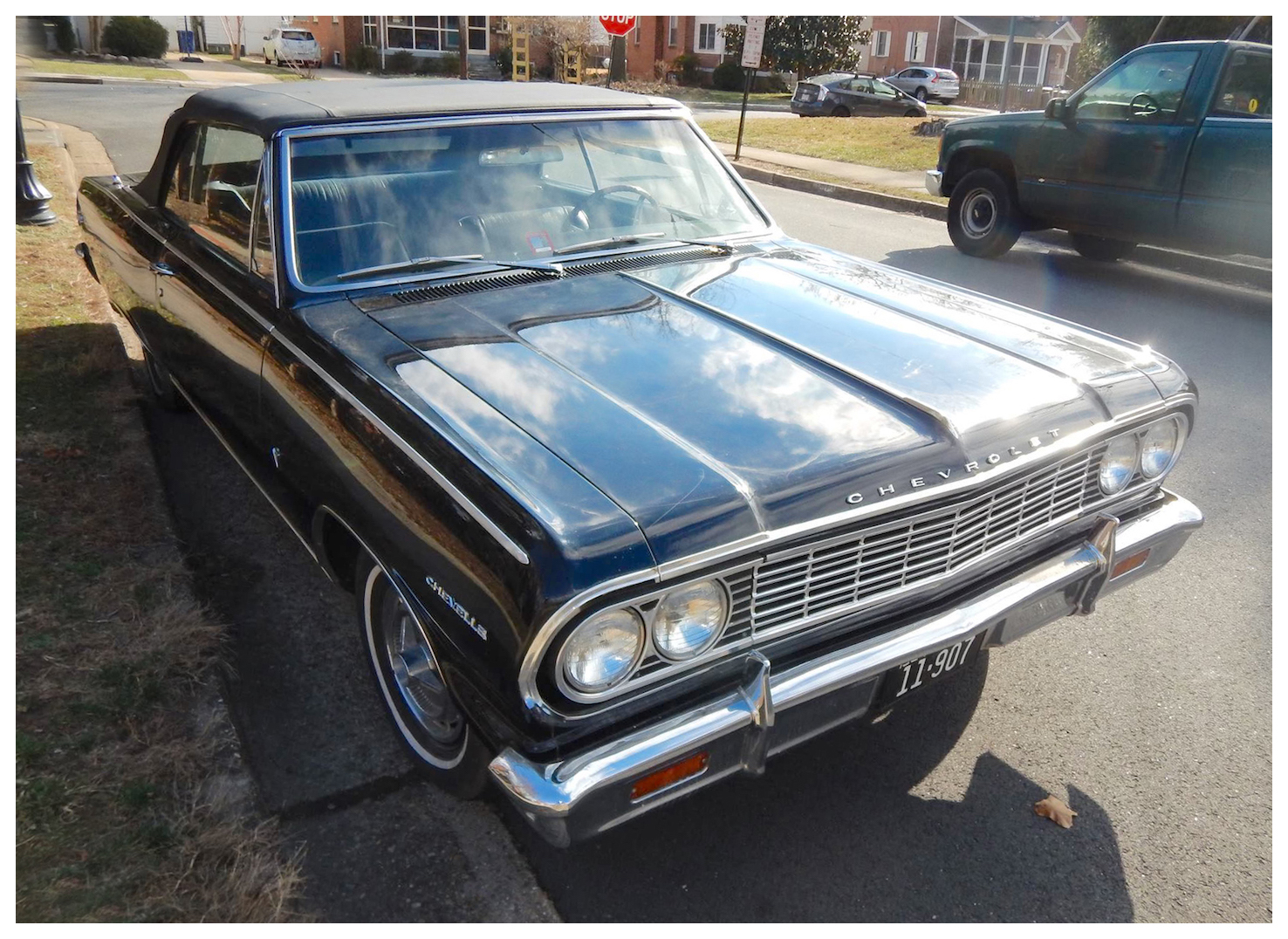 This nice 1964 Chevy Chevelle Malibu Super Sport convertible comes to us via former WNYer Nick Otto, who snapped these photos a while back in Arlington, Virginia. The Chevelle was a new entry for Chevy in 1964, its mid-sized answer to Ford’s Fairlane. These cars were about the size of the 1955 Chevys, which as we all know were big enough for most families’ needs. These first Chevelles went over well sales-wise, with almost 300,000 of them leaving the factory (almost 77,000 were the SS model). The lineup also consisted of the base 300 model and the Malibu. Four engines were offered in the Chevelle: two sixes (a 194  and a 230) and two versions of the 283 V-8. The fender badge on this convertible indicates a V-8 — which would have had a starting MSRP of $2,857.