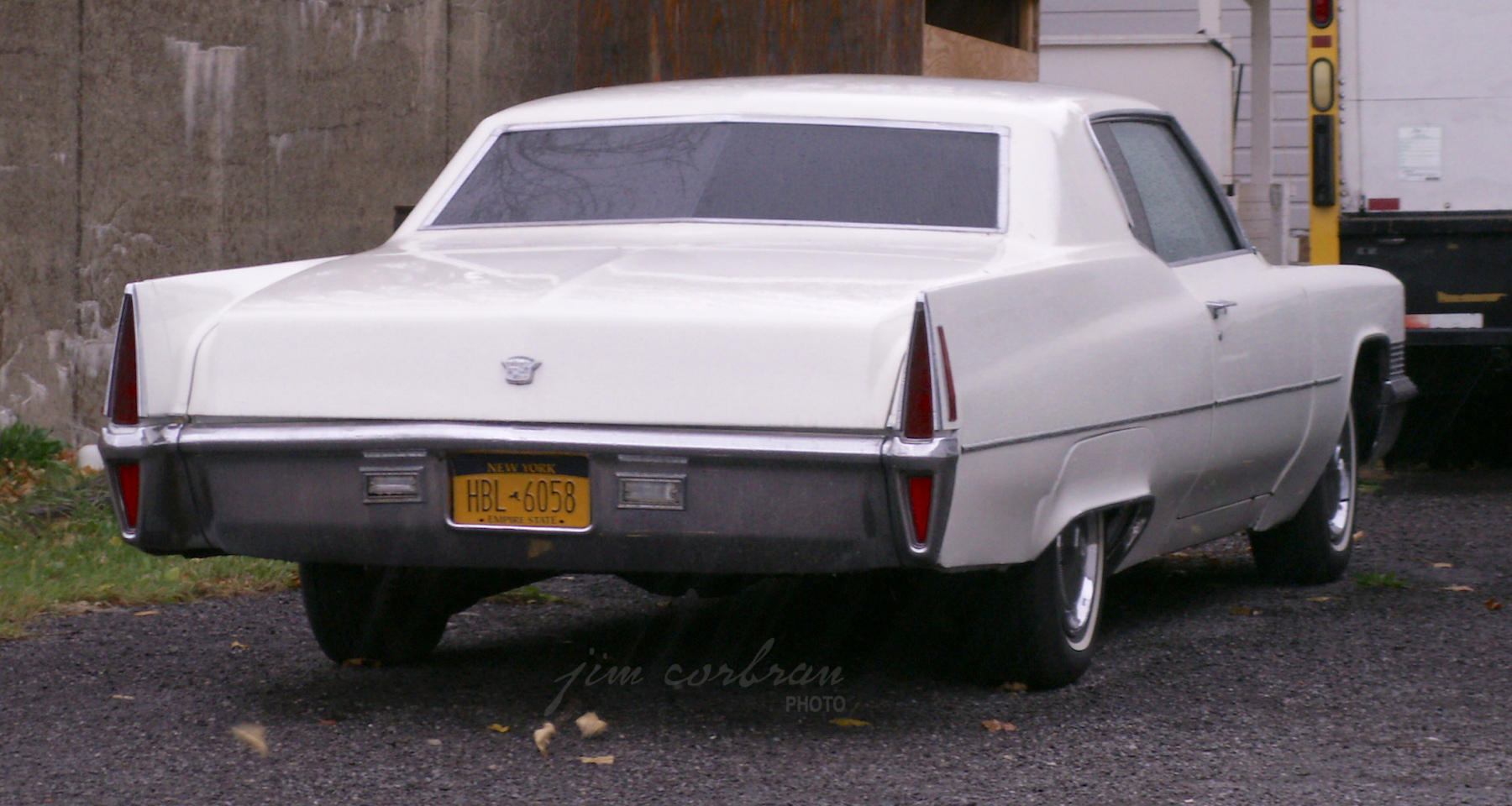 While you and I might have just come out and said “This 1970 Cadillac Calais is the cheapest new Cadillac you could buy,” the luxury car maker’s advertising department had their own way of putting it. “Though the investment required for the Calais is the most modest of any Cadillac series, it returns a full quota of Cadillac pleasure and value.” For the record, the Calais two-door MSRP was $5,637 while the Coupe DeVille started at $5,884. The differences? The Calais had no rear armrest or cigarette lighter; no power front seat; reflectors instead of lights on the door panels; the DeVille also had 16 different interior trim choices (nine leather, seven cloth) while the Calais had two in leather and six in vinyl/cloth. Saw this white coupe a while ago in Buffalo’s Old First Ward.