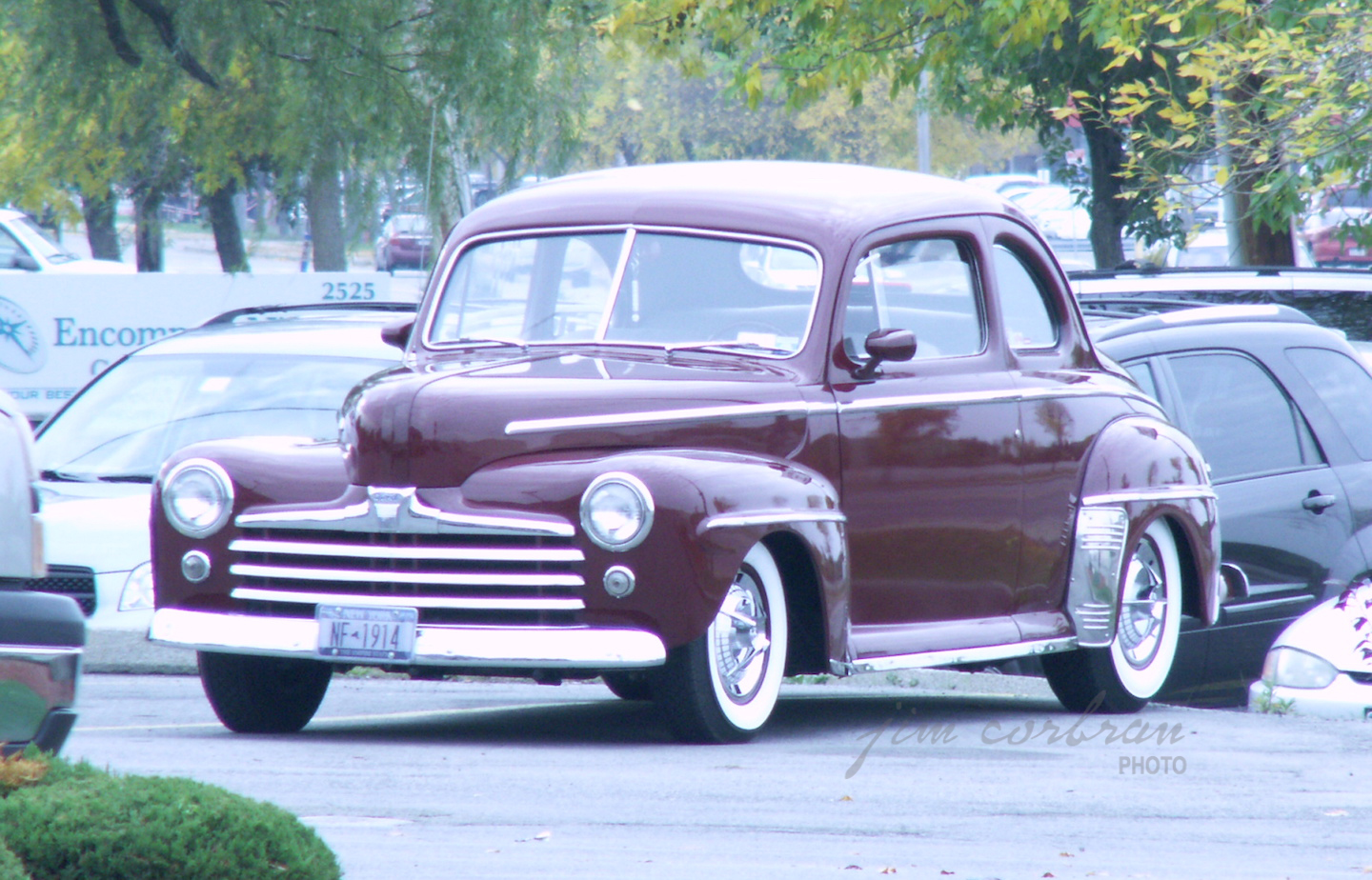 Without looking at the answer at the bottom of the page, how many of you know the origin of the wheel covers on this car? They were a favorite of customizers back in the day, and go nicely with the wide whites and a couple of other very modest custom touches on this red 1948 Ford Custom sedan coupe. The ’48 models were still pretty much holdovers from the post-war 1946 cars, which themselves weren’t all that different from the 1942 models, whose production ended not long after the Pearl Harbor attack. Model year 1949 would be the dawn of Ford’s booming post-war years, with the slab-sided “shoebox” Fords becoming a favorite of new car buyers, customizers, and hot-rodders alike. Saw this one a few years ago in Niagara Falls.