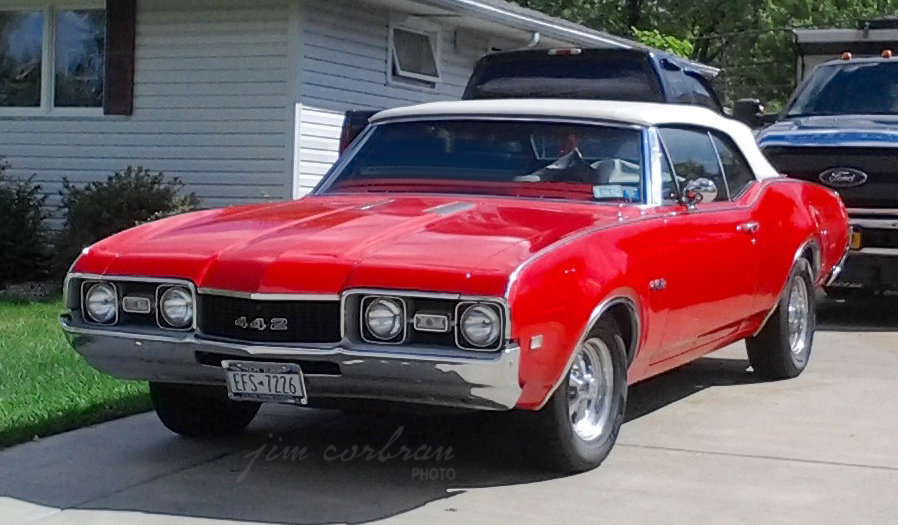 Cars magazine named the 1968 Oldsmobile 4-4-2 its Top Performance Car of the Year. Pretty good, considering the competition it faced back in the heyday of the muscle car. Originally a 1964 option package available on any V-8 Olds F-85 (except station wagons), by 1968 the 4-4-2, now its own series, came standard with a three-on-the-floor which, when you think about it, should have propagated a name change to Olds 4-3-2 — as the 4-4-2 designation originally stood for four-bbl carburetor, four-speed manual transmission, and dual exhausts). Saw this red convertible a couple of summers ago (for sale) in Tonawanda.