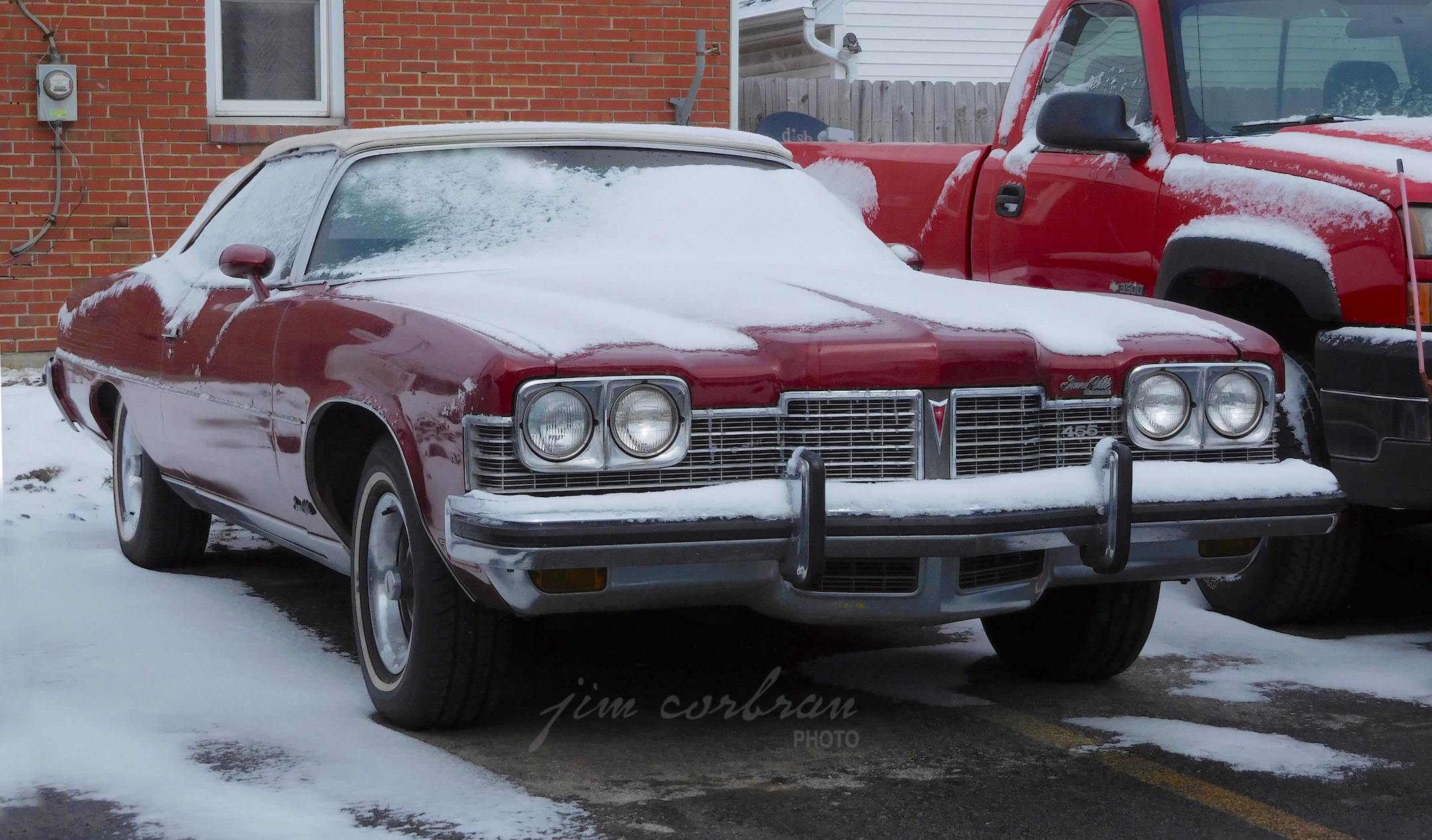 Yea, all these years later we’re still trying to figure out why Pontiac decided to supersede the Bonneville in model year 1971 with a higher-up nameplate. But they did, and this 1973 Grand Ville is just one example of the car which Pontiac at the time advertised as its most luxurious full-sized car. For some reason they had a change of heart and dropped the Grand Ville after just five model years, reinserting the Bonneville to its rightful spot at the top of the lineup for 1976. But, 46 years ago they told us The 1973 Grand Ville is as far as you can move up in a full-sized Pontiac. It may well be as far as you’ll want to move up. Period. Well, at least until 1976. Saw this one a couple of years ago in Depew.