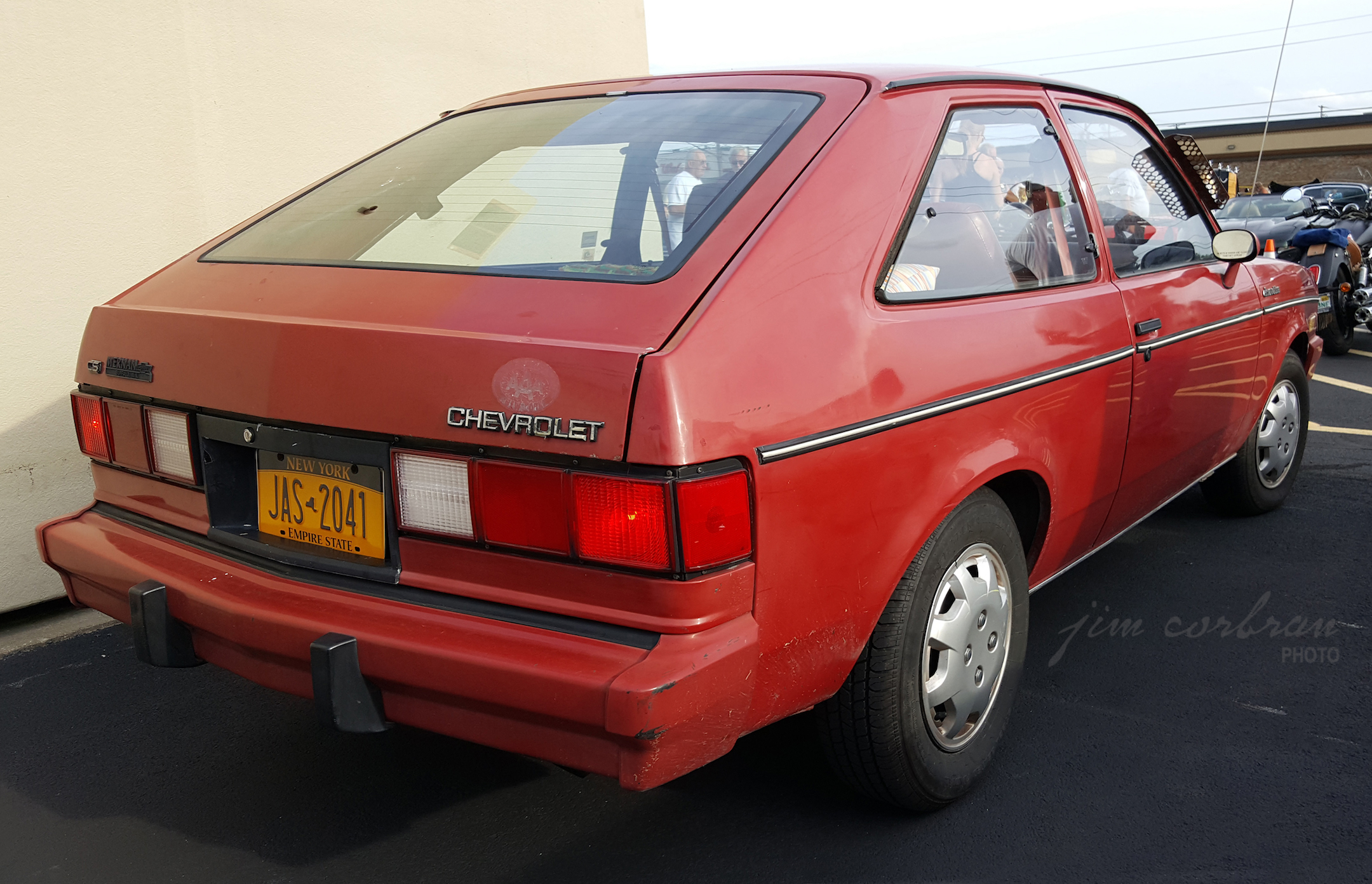 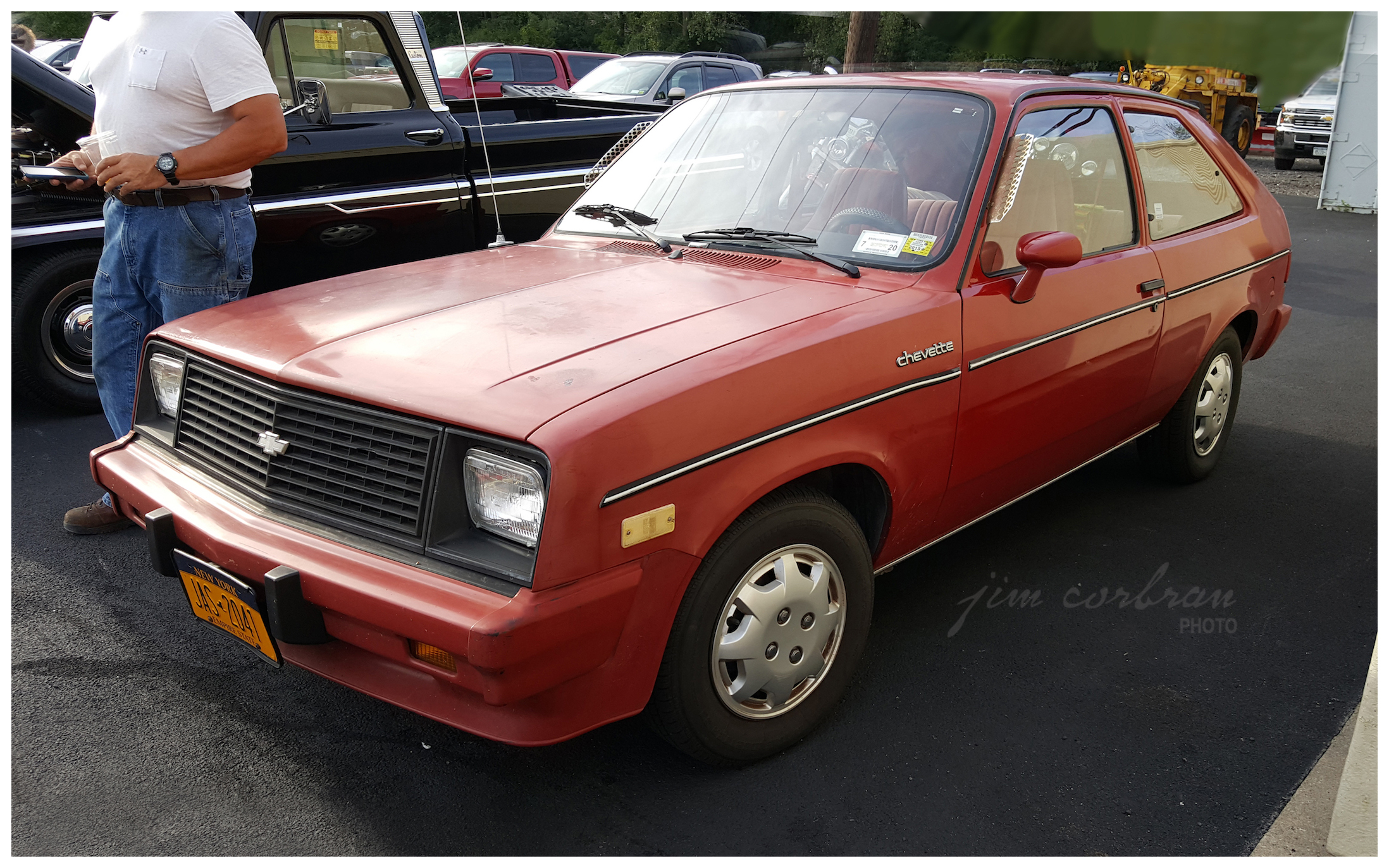 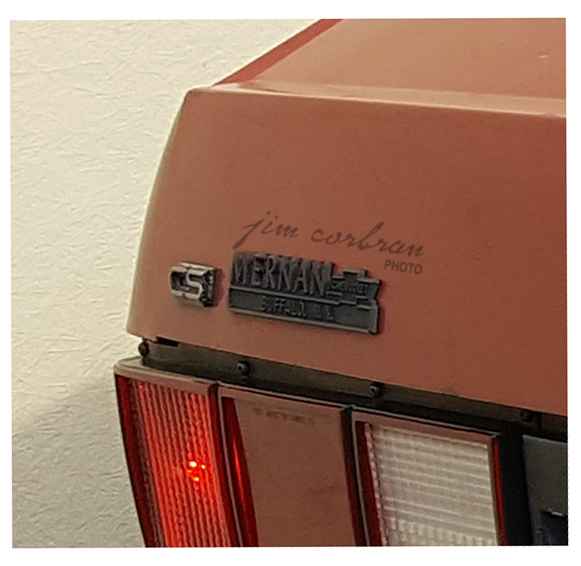 With a starting MSRP of just $5,340 this 1985 Chevrolet Chevette CS was the least expensive new Chevy you could buy that year. Actually, by 1985, the ‘Vette’s 10th year, the CS was the only model you could buy, in two- and four-door hatchback models which were available with either a 1.6L gasoline-powered four or a 1.8L L4 diesel. The gas-powered ‘Vette came standard with a 4-speed manual transmission, and a 5-speed as well as an automatic were optional. The diesel’s only transmission was the 5-speed. The Chevette soldiered-on until it was replaced at the bottom of the Chevy lineup in 1988 (temporarily) by the Nova, built jointly with Toyota (who built a similar Corolla model), and then finally in 1989 by the new Cavalier. This Chevette, wearing its original Mernan Chevrolet dealer badge, was seen last summer at one of the weekly cruise nights at Striker’s Lanes in West Seneca.