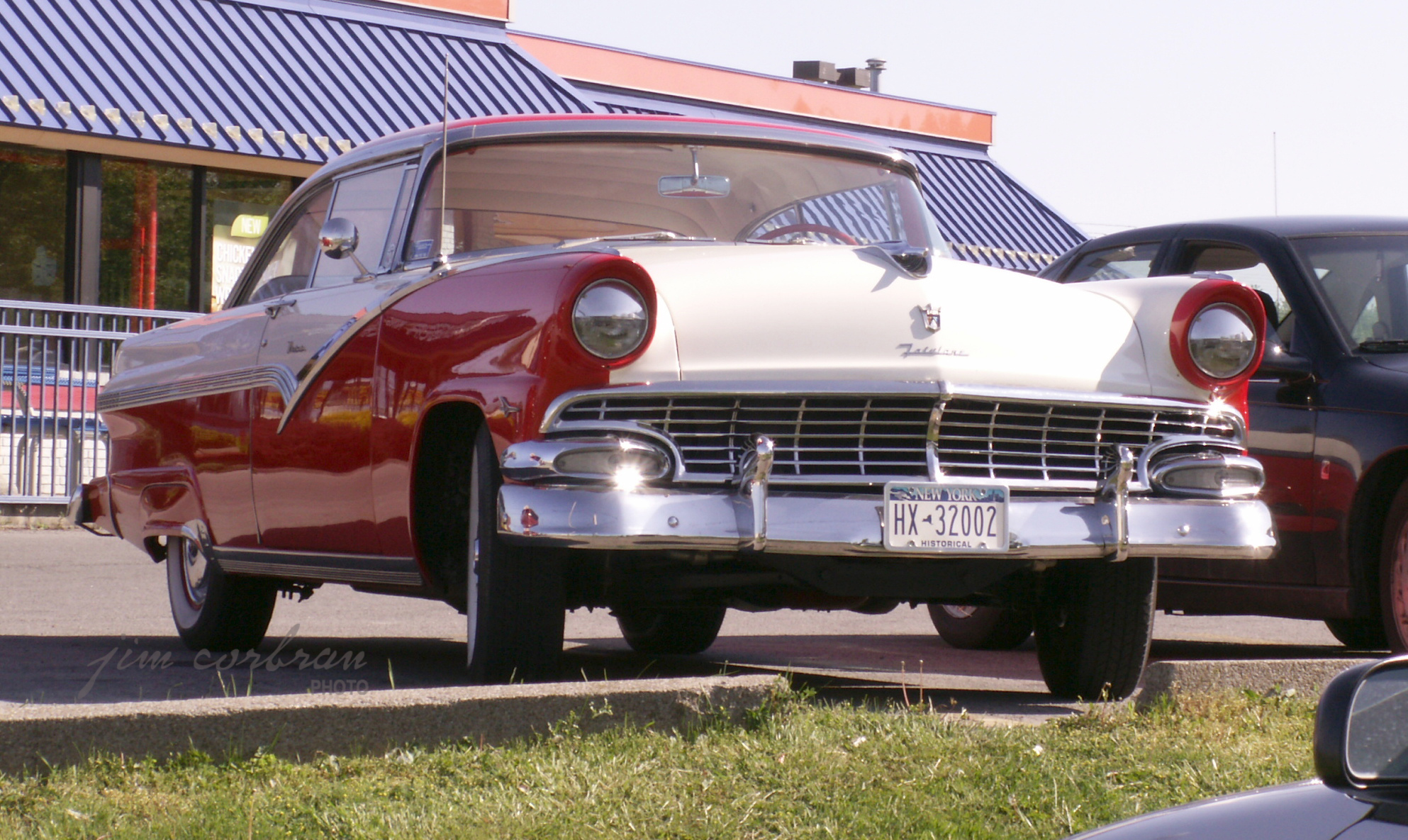 "Smart as a convertible, snug as a sedan" is how the brochure described this 1956 Ford Fairlane Victoria, "with no center posts in view!" Part of a lineup which also included a Fordor (a four-door hardtop, new for ’56) and two two-door Crowns (both with a distinctive over-the-roof chrome “crown,” while one — the Skyliner — also had a tinted-glass half-roof over the front seat), the Victoria was Ford’s top-of-the line when today’s RealRide left the factory. Non-Victoria models (Victoria being Ford-speak for its hardtop models) also included Fairlane two- and four-door sedans, and a Sunliner convertible. Station wagons were separate series, although trimwise, the Country Sedan and the Parklane certainly fit into the Fairlane mold. Saw this red and white example a few summers ago in Niagara Falls.