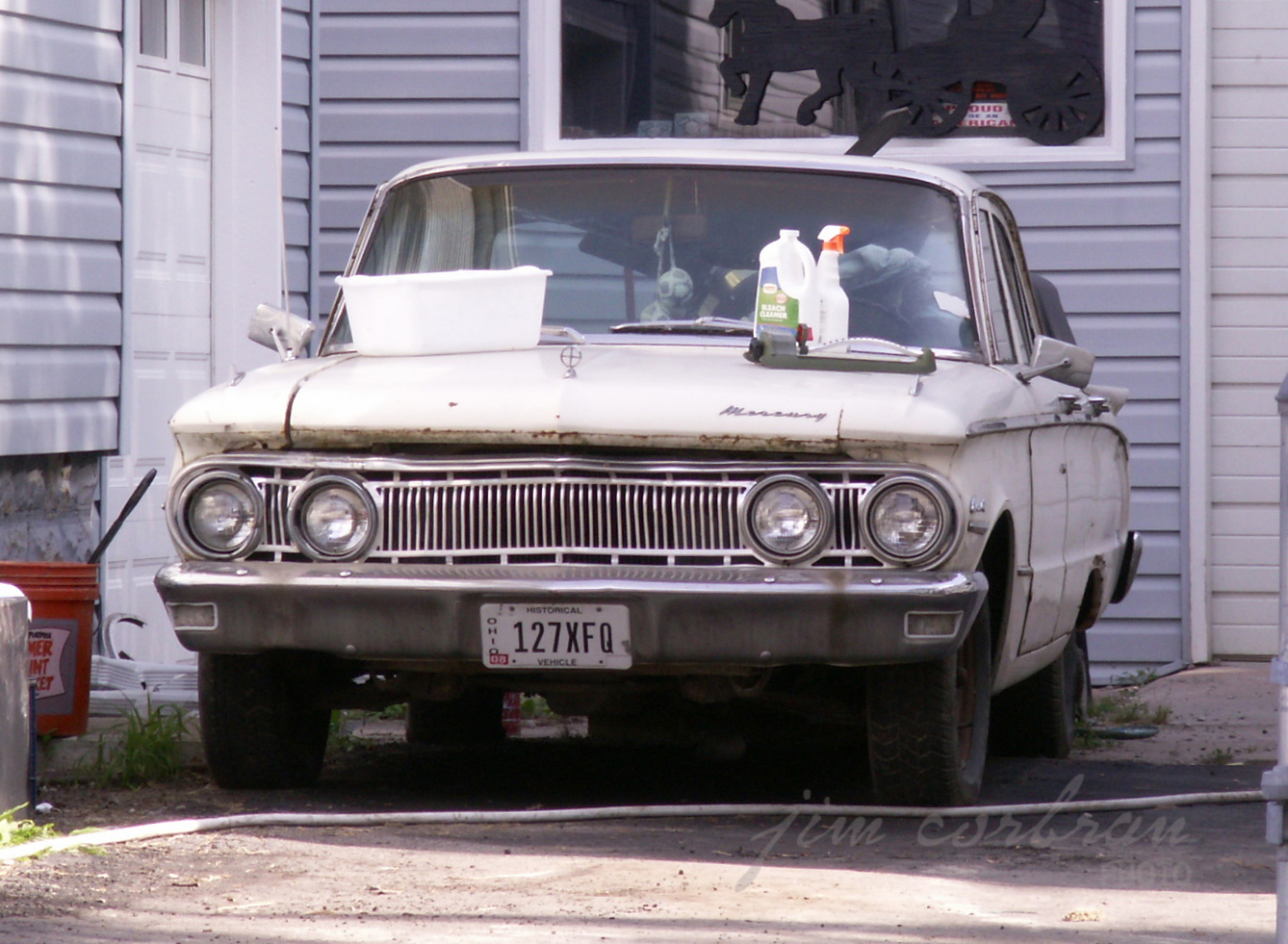 This Mercury Comet was seen a few years back in a Niagara Falls driveway, wearing a set of Ohio Historical Vehicle Plates and doing double-duty as a quasi-depository for some cleaning supplies. It appears, from the fender trim and hood script, to be a 1963 model sporting a 1962 grille insert. This (1963) was the second year that the Falcon-based Comet was officially badged as a Mercury. For its first two years, 1960-61, it was just a Comet, sold by Lincoln-Mercury dealers. By now most of you probably know the story of how the Comet was actually supposed to be an Edsel model, but that whole nameplate was axed before the Comet came to market. On this one, someone decided that one of the 1962 bulls-eye fender ornaments might look better as a hood ornament!