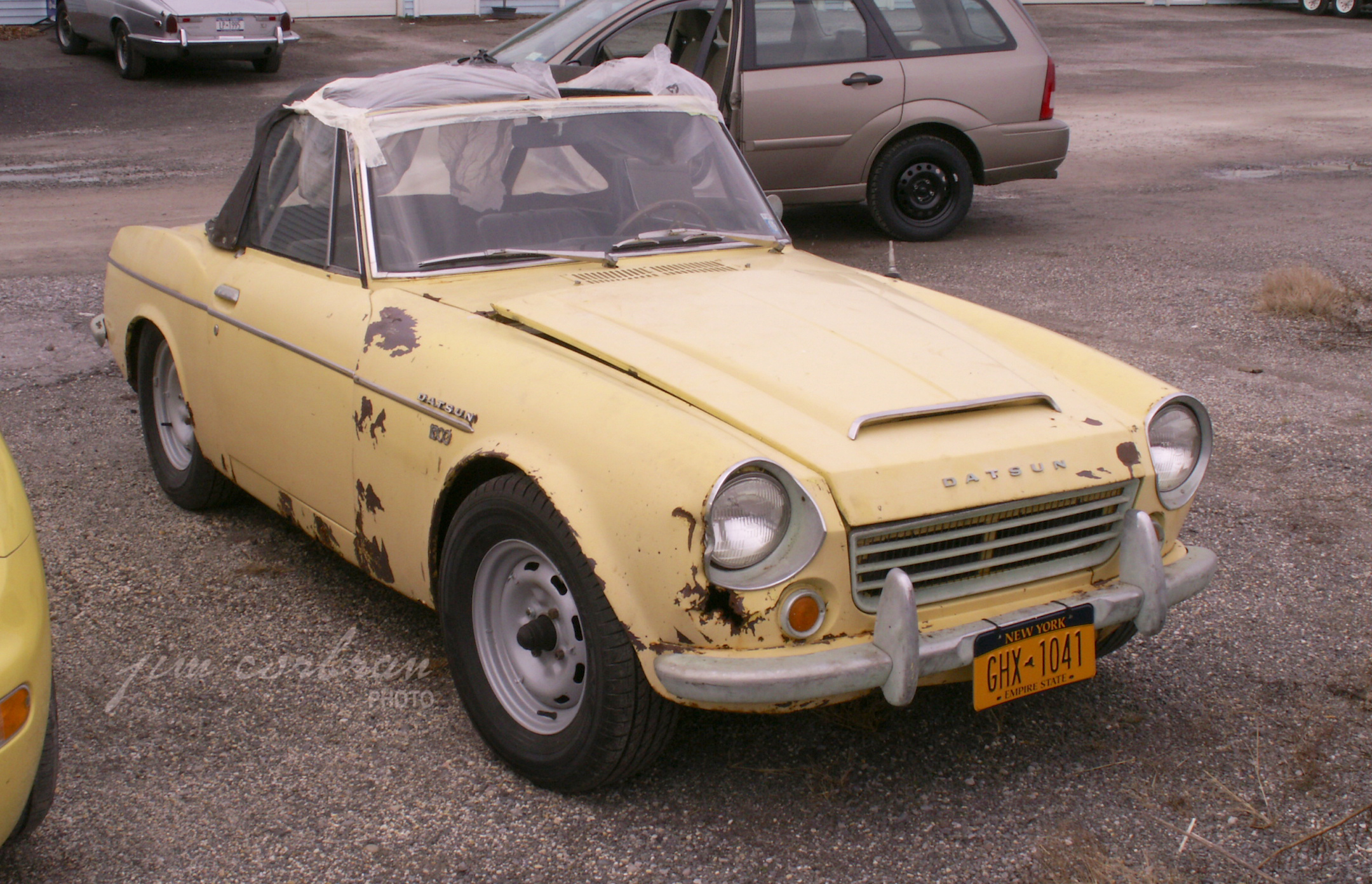 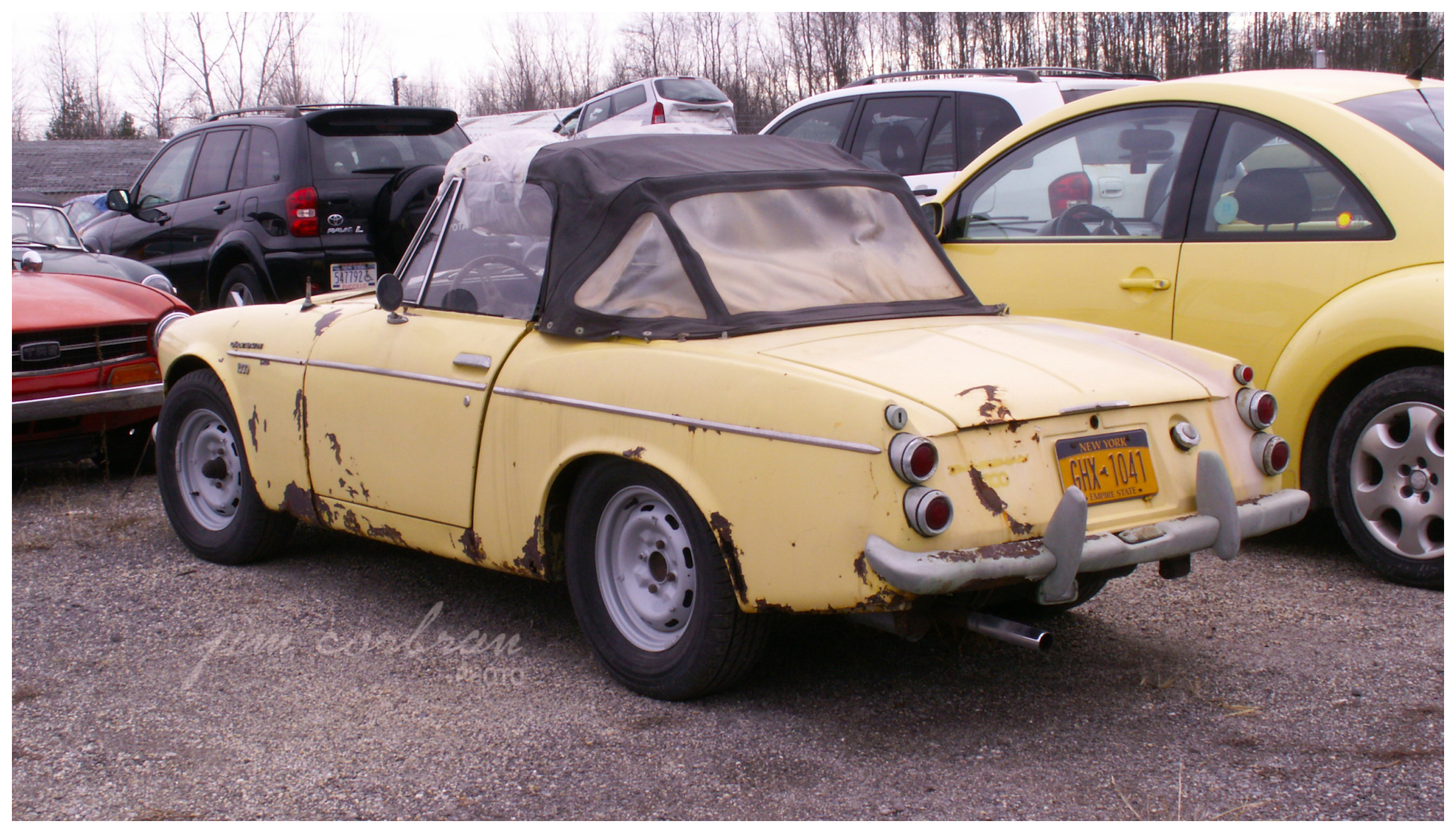 Before the legendary 240Z there was the Datsun 1600 (this one appears to be a 1967 model), a two-seat open sports car which was called by the more genteel name Fairlady in its home market of Japan. The Fairlady’s official designation was Sports 1600, with the numerical suffix referring to its 1600cc engine; which means of course that previous (and subsequent) models were named differently — 1000, 1200, 1500, and finally the 2000. Those first Sports models were produced in 1959; the 2000 ended production in 1970, and was eventually replaced in the lineup by the Fairlady Z (a.k.a. 240Z in the North American market). Came across this yellow roadster outside of a Youngstown restoration shop a few years ago. 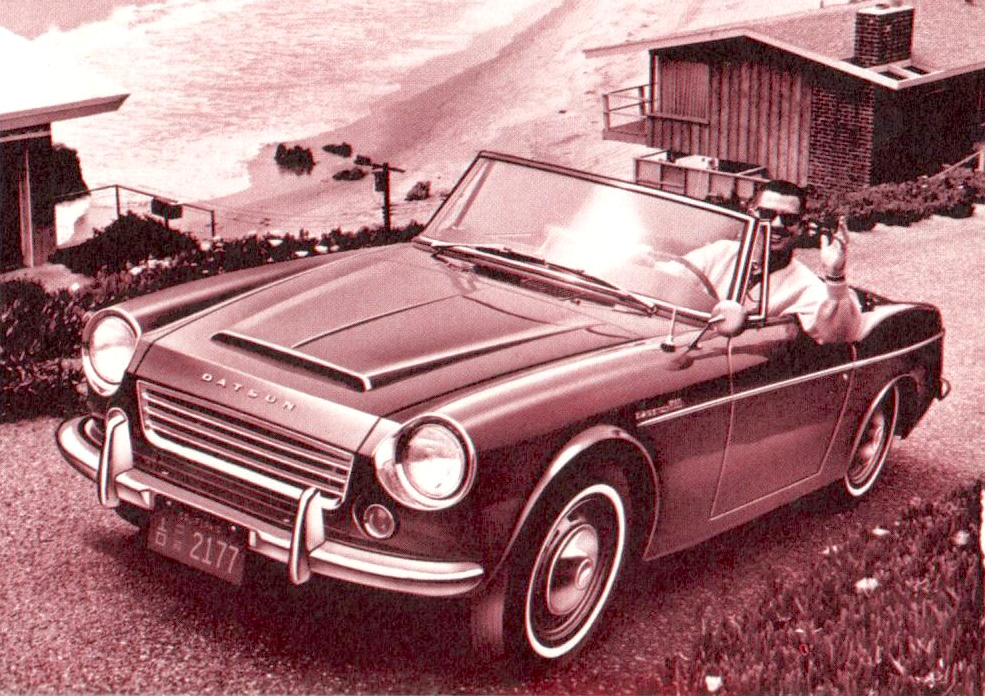