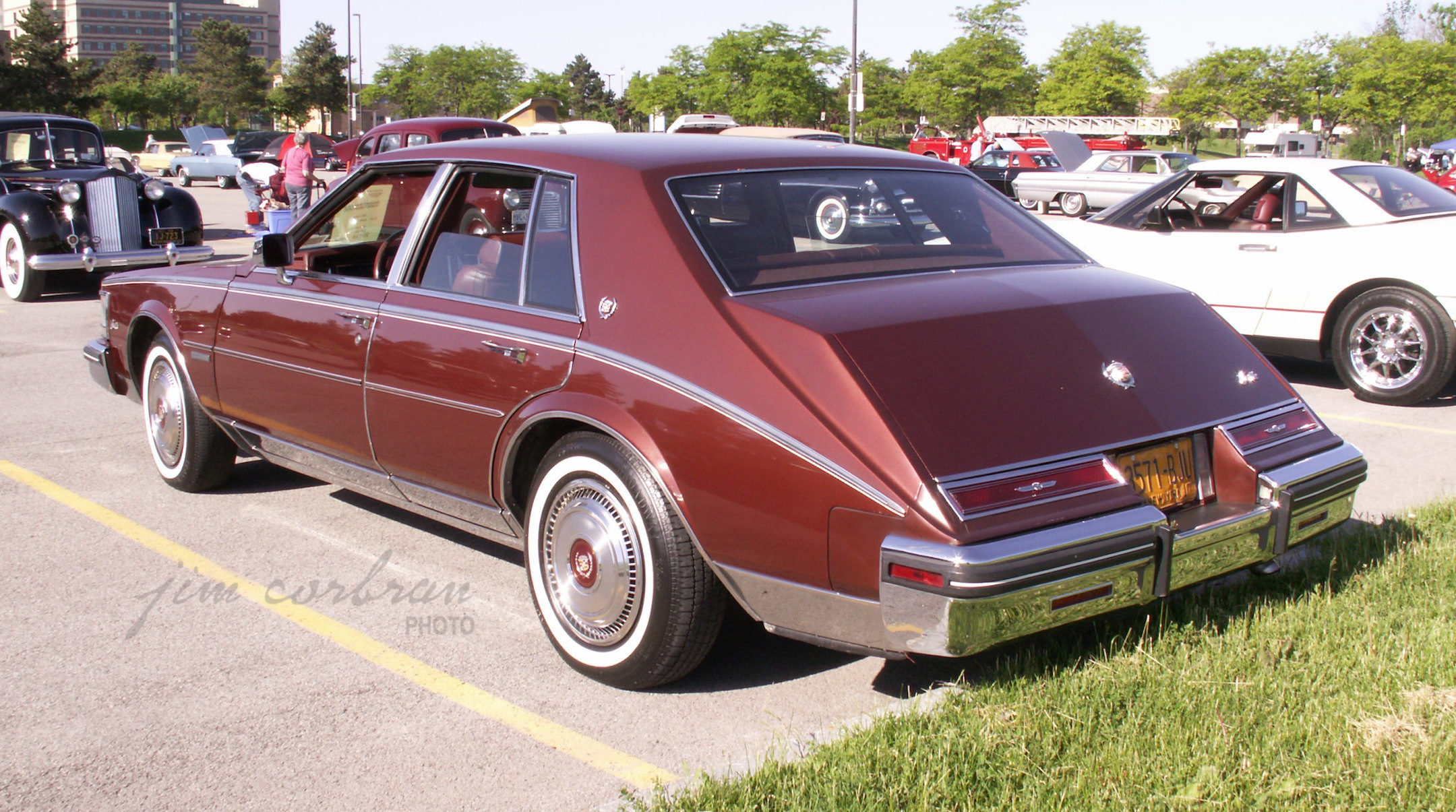 The 1982 Cadillac Seville is often referred to as a bustleback, due to its rear-quarter styling. Cadillac, in its promotional material, preferred the term “distinctive new profile.” At any rate, the second-gen Seville (1980-85) was a far cry from the original squared-off sedan, which debuted for 1976 derived from GM’s compact lineup of cars. It was hoped that this new, smaller Cadillac would appeal to the growing army of luxury import buyers. One look at this second-gen Seville would seem to indicate that GM changed its marketing strategy, and was now aiming for the old-money country club crowd who was looking for something a little easier to drive than the behemoth Fleetwood. These cars switched over to the same platform as Cadillac’s Eldorado and Oldsmobile’s Toronado, which made them front-wheel-drive for the first time. Came across this Colorado Copper example back in 2014 at the Antique Automobile Club of America’s regional show at UB’s north campus in Amherst.