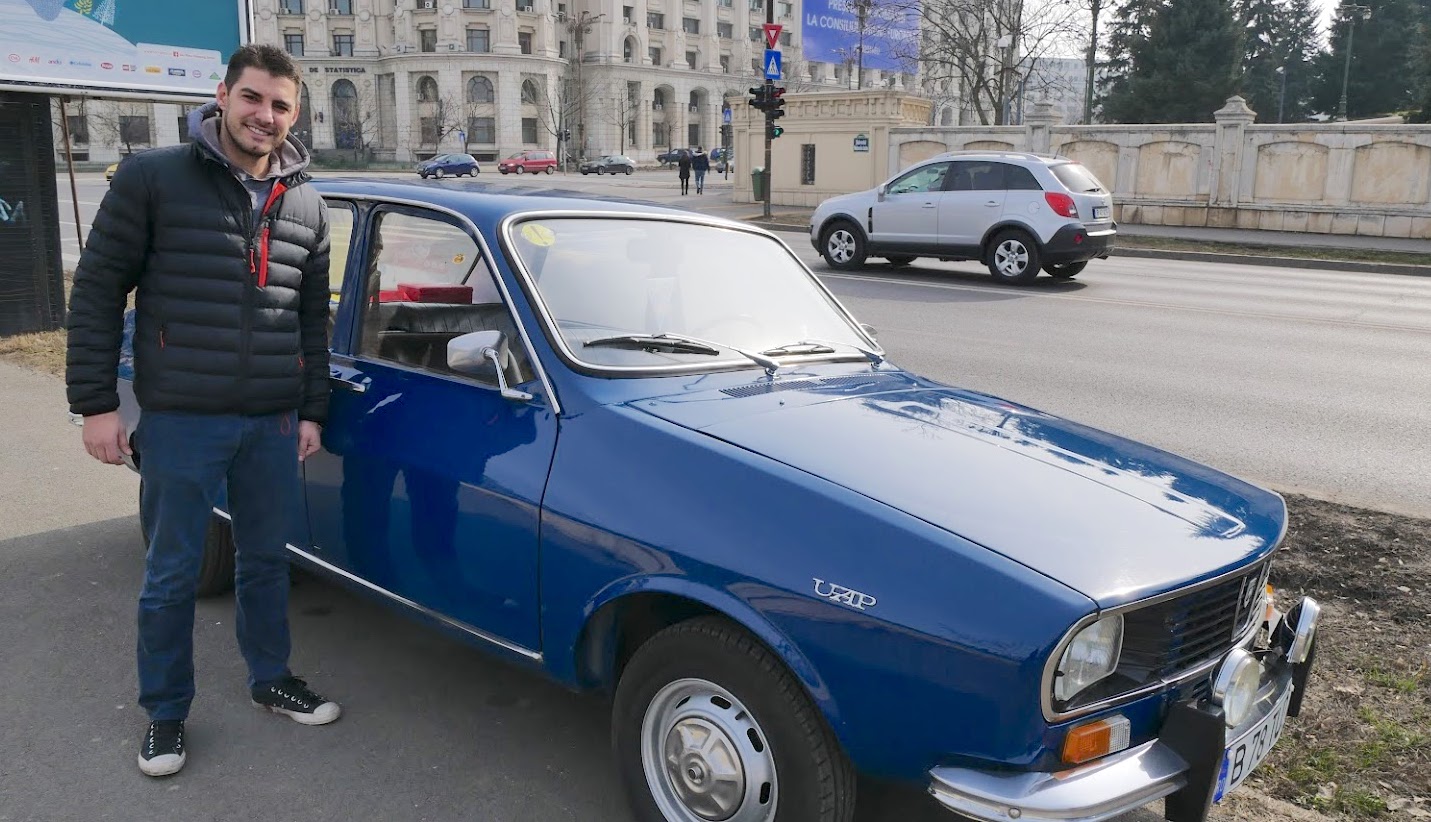 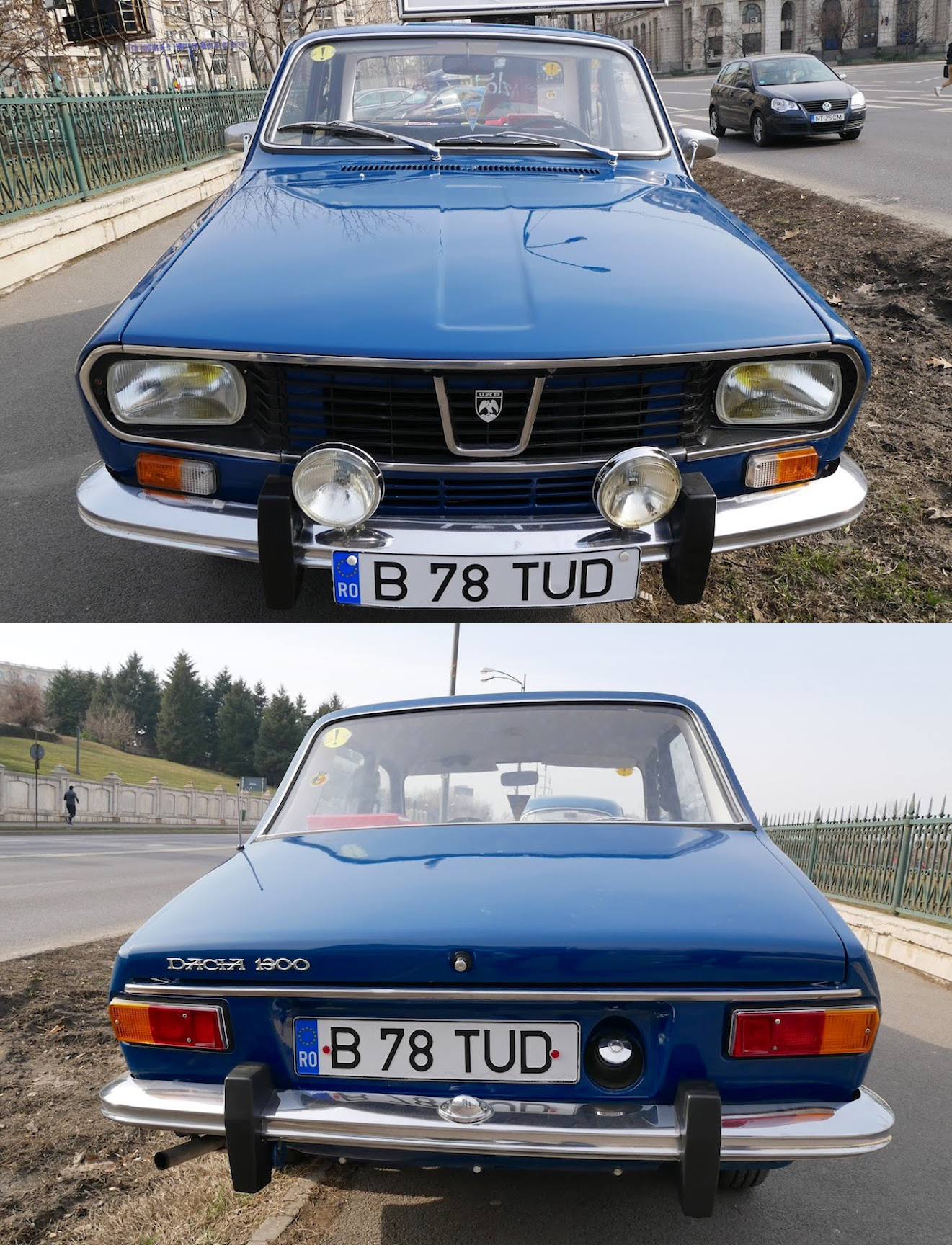 Today’s RealRide comes to us all the way from Romania, where RealRides car-spotter and WNY resident Stephen Graham recently snapped these photos of a 1977 Dacia
1300
(pronounced DAY-sha). If you’re thinking to yourself “That looks like a Renault 12,” go to the head of the class. Renault’s version of the car debuted in 1969 and was produced in France until 1980. Dacia acquired tooling for the Renault 12 in order to build a home-grown family car for the Romanian population, and production also began in 1969 (and continued until 2004). A small number of Dacias (including a 1310 sedan & 1410 station wagon) were exported for a while to Canada. Our photos show proud owner Cristian Tudose with his Dacia 1300 in Bucharest.