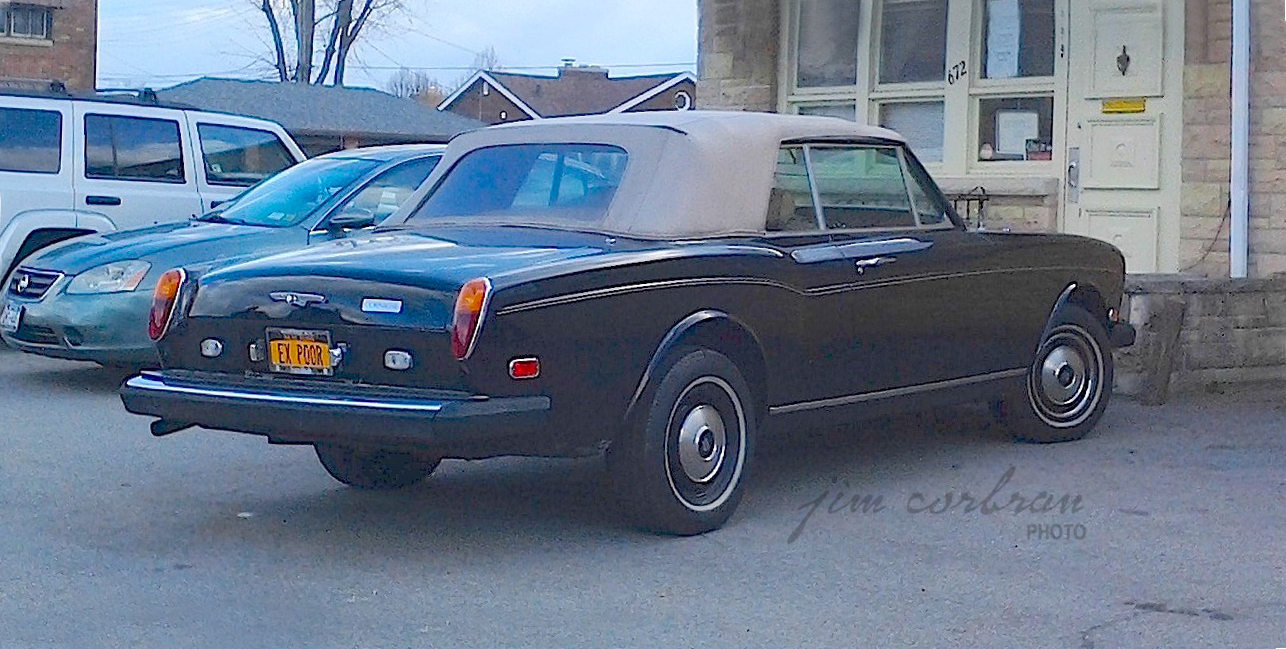 Besides having the necessary cash flow needed to be driving this Rolls-Royce Corniche, c1977, its owner also seems to have a sense of humor, judging from the vanity plate we see here on the back. It could be said that the Corniche was the two-door version of the Silver Shadow. It was available as both a Coupé, or in convertible form (often called a drophead coupe in RR-speak). The 1970s version of the Corniche (a name which predates WWII) debuted in 1971. Various upgrades over the years resulted in versions II, III, and IV through 1995; a Corniche S, of which only 25 were built, was a turbocharged model also available in 1995. These were the last we would see of the Corniche until the new, Silver Seraph-derived cars arrived in 2000. Today’s pictured car was seen a few summers ago in Buffalo. 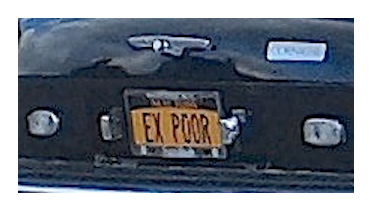