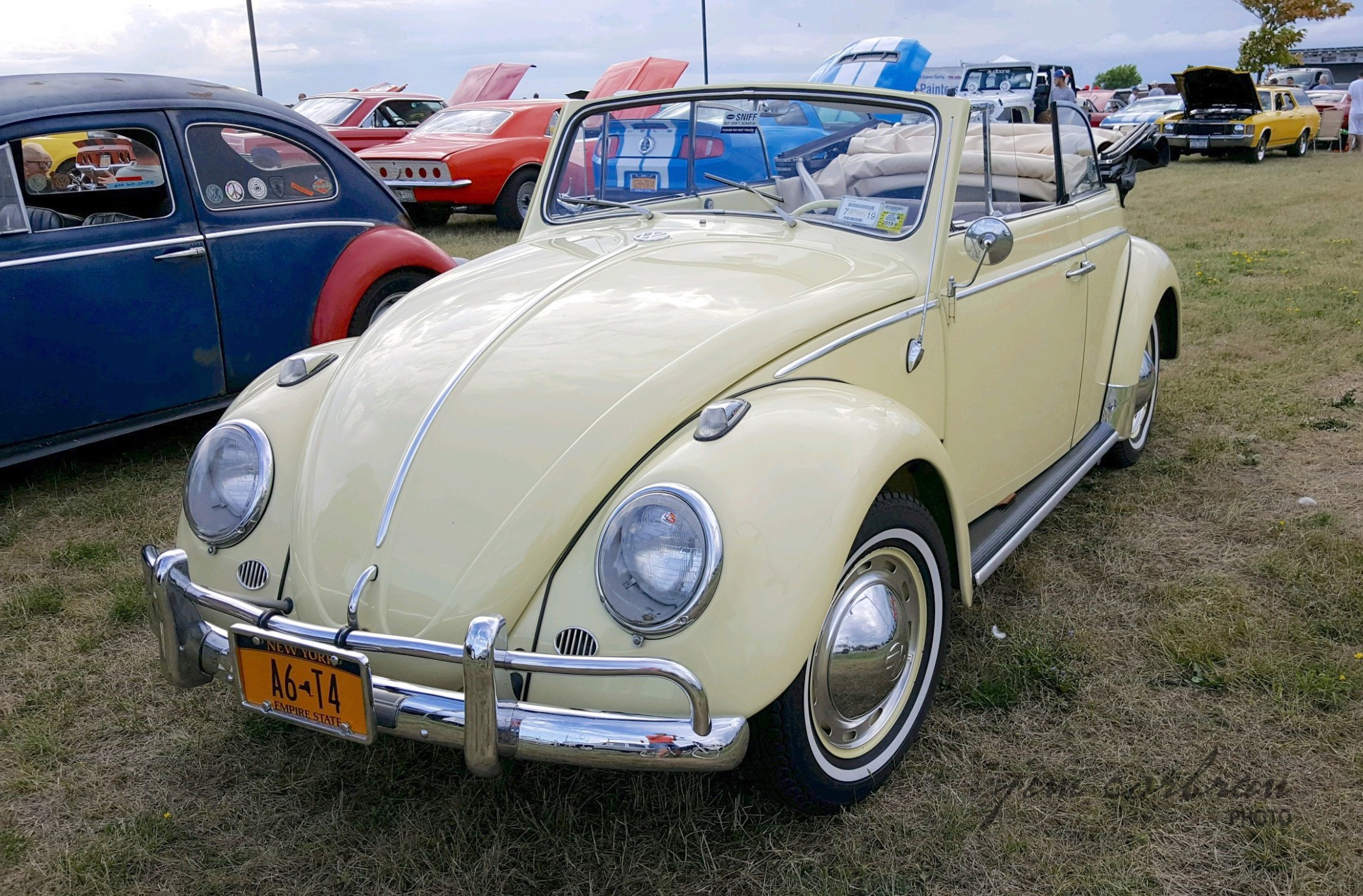 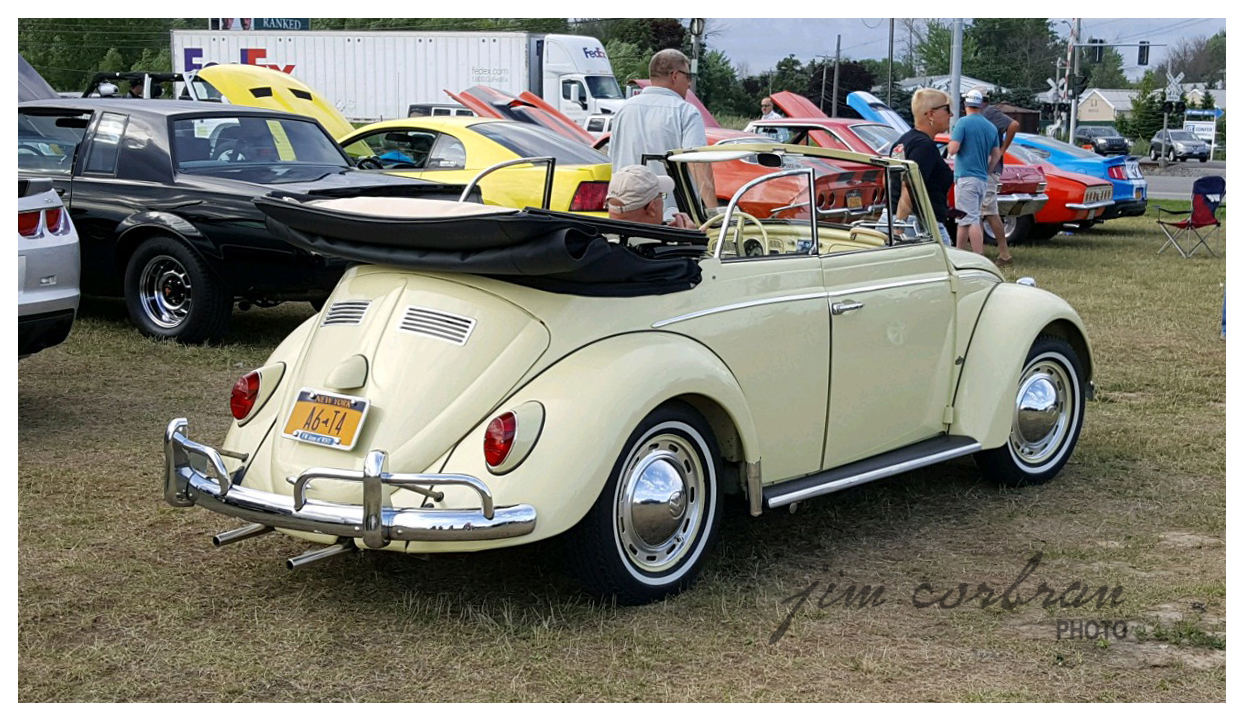 At a car show in North Tonawanda’s Gratwick Park last summer during the Thunder on the Niagara boat races, I made the silly mistake of asking the owner of this 1964 Volkswagen what year his car was. “Look at the license plate,” he told me.  A6-T4 . I was a little slow on the uptake that day, I guess. Model year 1964 found VW still pretty reluctant to make many outward appearance changes just for the sake of change. But in 1967 a huge one took place up front, as the glass-covered headlights (like the ones on today’s RealRide) gave way to the sealed beam which was now mandated by the U.S. government; also a new, flatter hubcap design debuted. In 1968, even more changes showed up with new, higher-mounted bumpers, bigger taillights with integrated backup lamps, and a gas filler door which was moved from inside the trunk to the right front fender.