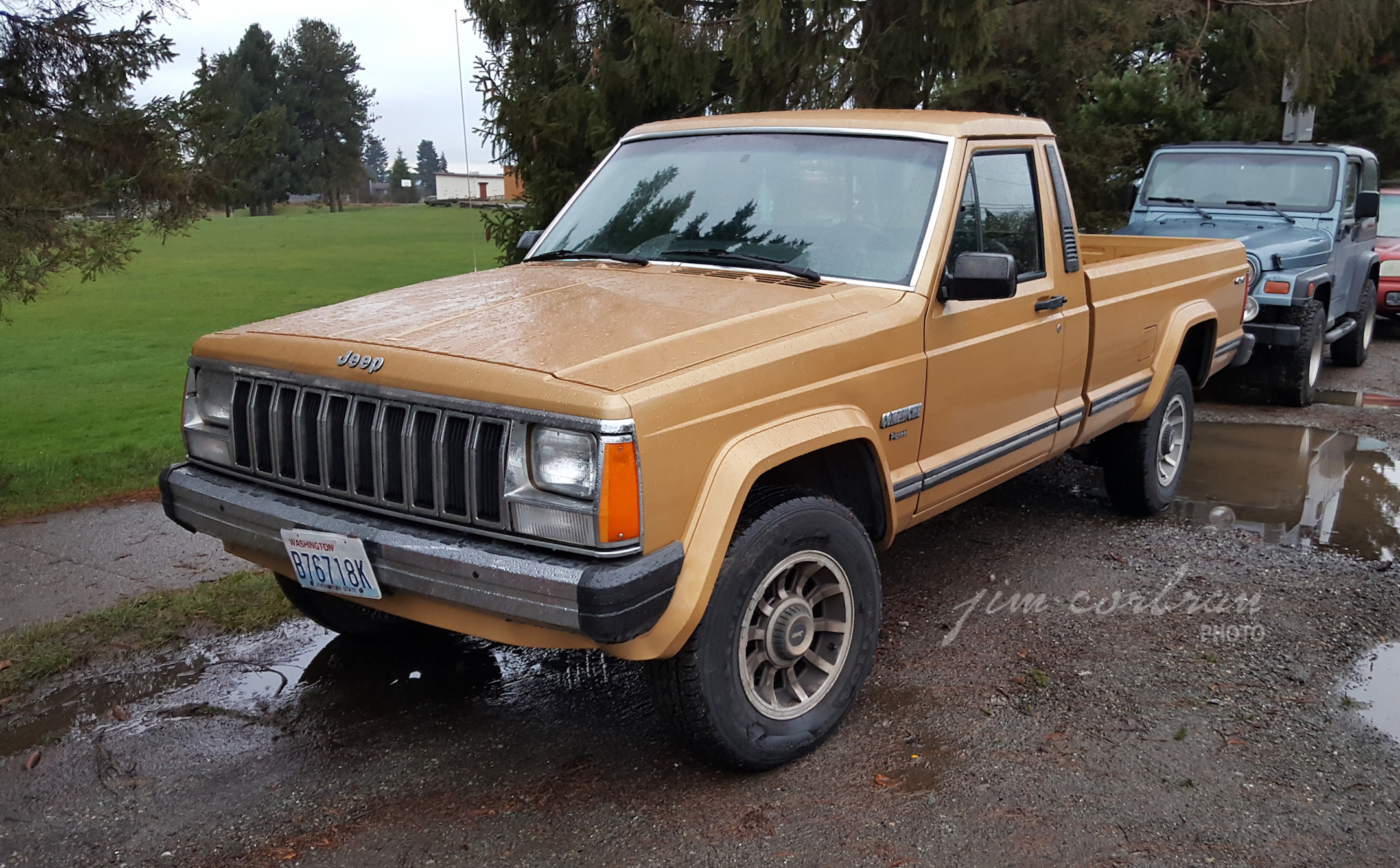 How opportune that we came across this 1987 Jeep Comanche Pioneer while FCA (Fiat Chrysler Automobiles) was in the midst of launching a new, updated version based on the tried-and-true Wrangler. The original Comanche was introduced by American Motors (who at the time still owned Jeep; Chrysler bought AMC in the spring of 1987) for model year 1986. It was based on the mid-sized Cherokee, and was sold at AMC/Jeep/Renault dealers who told us “There’s a new pickup on the road. It’s called Comanche. It’s built by Jeep. It’s worth a look.” The original Comanche came in only one size, in either rear- or 4-wheel-drive, with a seven-foot cargo bed; a six-foot bed was available beginning a year later. Throughout its production run, (1986-92) the Commanche was available only as a two-door model with no second-row seating. Saw this nice gold example during a recent trip to Seattle.