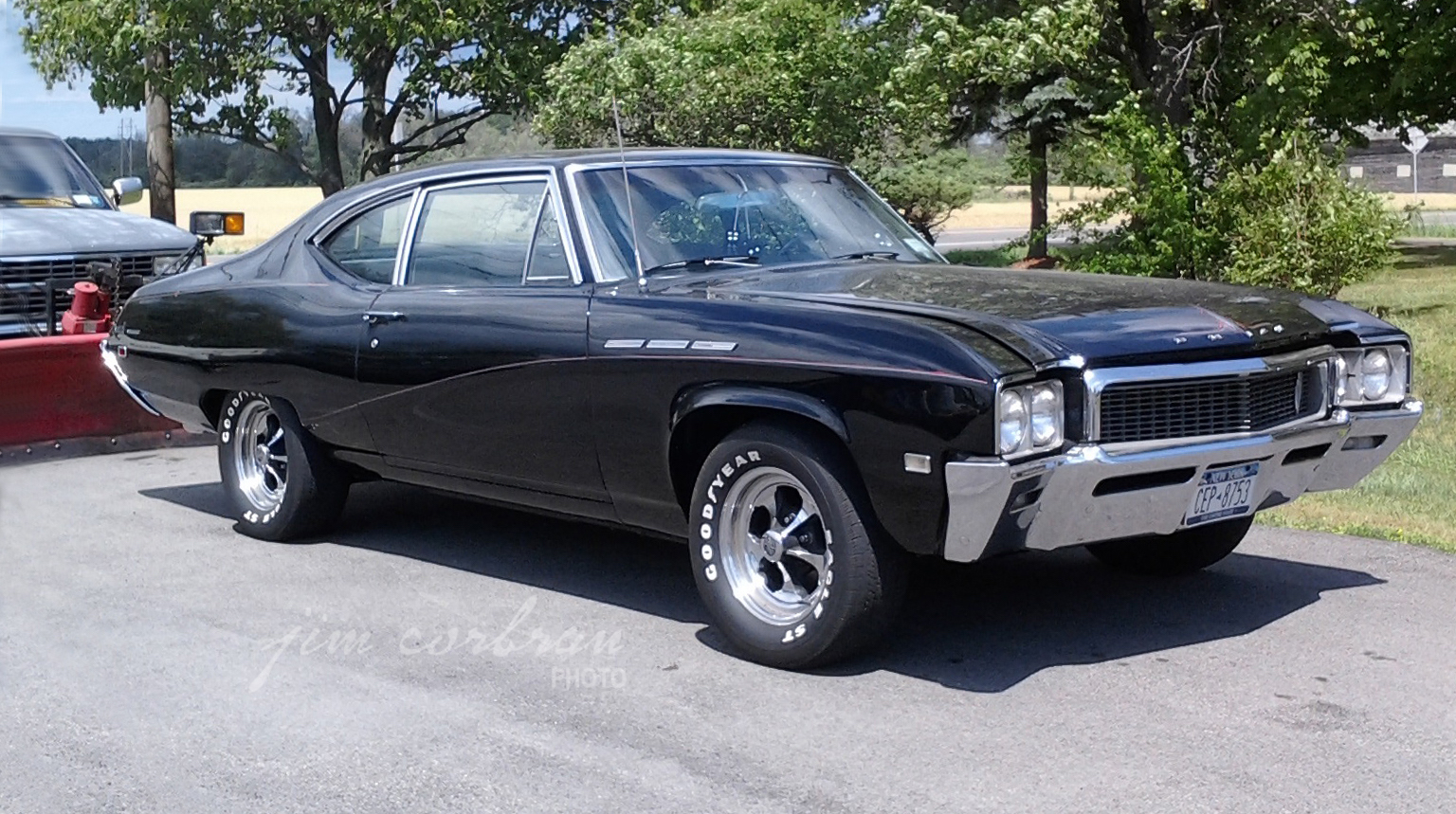 Back when it was new, this 1969 Buick Special Deluxe two-door sedan (or as Buick called it, a thin-pillar coupe) was the least expensive offering out of Flint, with a starting MSRP of just $2,562. Four-door sedans and station wagons had a wheelbase four inches longer than the coupe’s 112-inch length. It came standard with a 250CID inline six (built by Chevrolet), a column-mounted three-speed manual transmission, and 7.75 x 14 bias-ply tires. Three different 350CID V-8 engines were optional, as were a 2-speed or 3-speed automatic. This one, seen a few summers ago in Niagara Falls, has been spiffed-up with a set of what looks to be Keystone rims mounted on Goodyear Eagle ST raised white-letter tires.