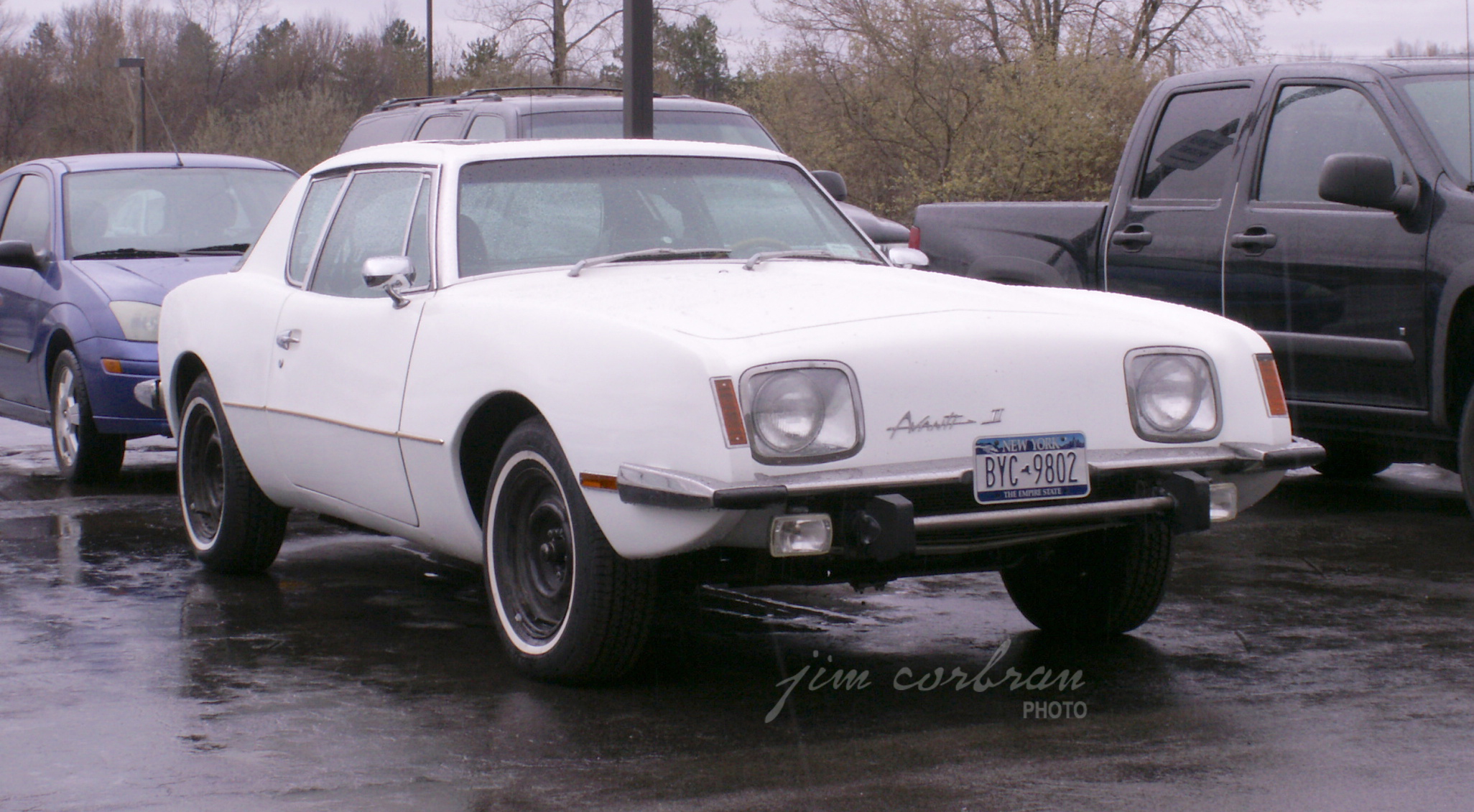 Came across this 1981 Avanti II a couple of years ago in Elma, built by the Avanti Motor Corp. of South Bend, Indiana. The original Avanti was introduced by South Bend’s Studebaker Corp. for model year 1963; it was dropped after MY 1964 while Studebaker was in the throes of disintegration. A group of their dealers formed a company which eventually bought the tooling for Studebaker’s personal luxury coupe, and they introduced the independently-built Avanti II for model year 1965. Cars were built off-and-on over the years by a succession of corporate owners, one of whom dropped the “II” from the name in the early 1980s. Legal problems (among other things) spelled the end of the line for the Avanti in 2006, after the final owner moved production and the corporate headquarters to — of all places — Cancún, Mexico.