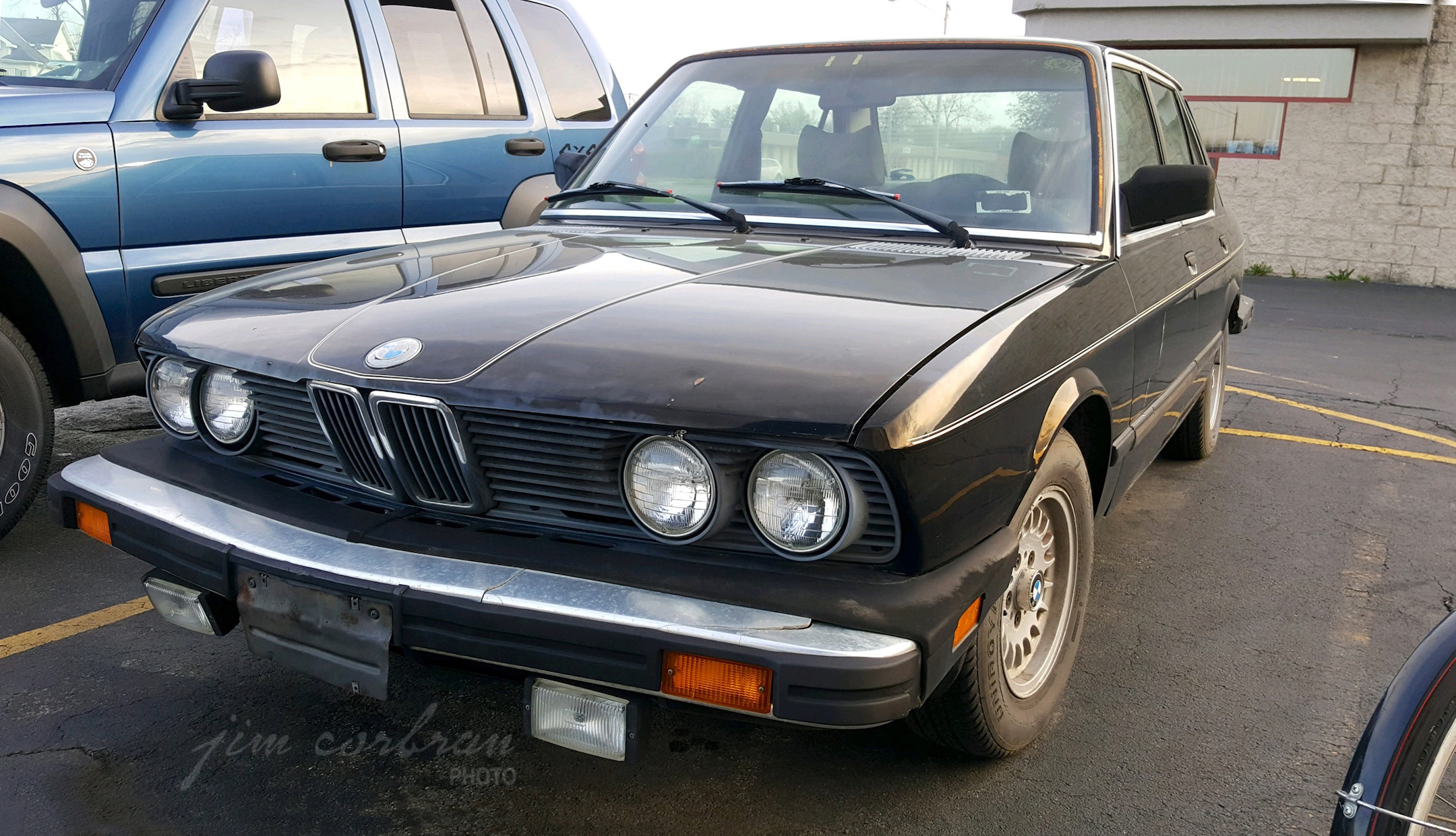 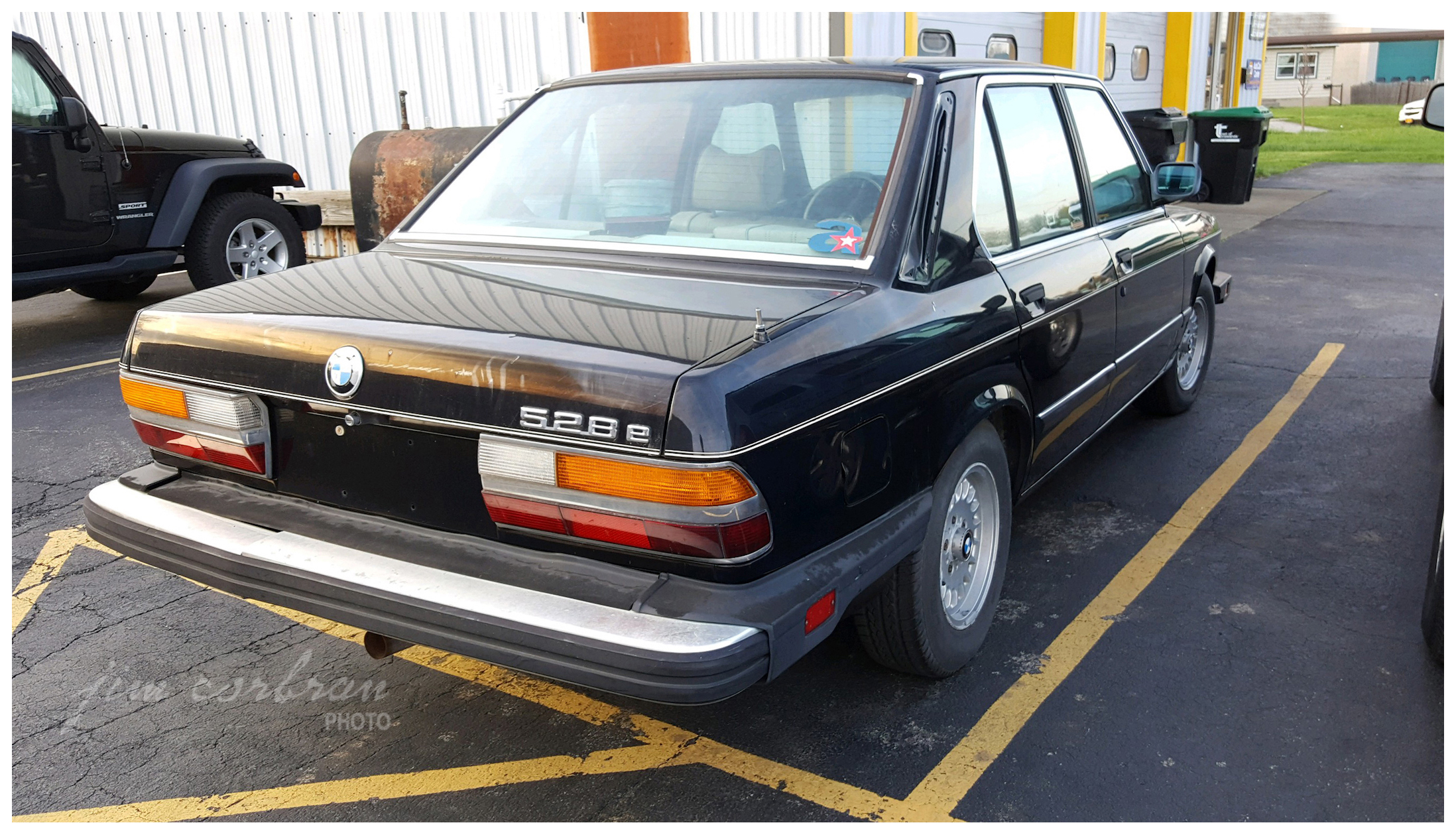 These days, seeing an e badge like the one on the trunk of this BMW 528e, one might assume it’s electric-powered. But back when this one was new (the 528e was produced from 1982-88), electric cars, except for a few eccentrics, were still pretty much in the future. No, this e meant that the Munich sports sedan manufacturer had decided to market a more fuel efficient, lower revving engine for buyers who weren’t necessarily in that much of a hurry to get from Point A to Point B. Back in 2015, wags at thedrive.com published an article titled “The Charm of BMW’s Slowest Car.” The e, according to these guys, stands for the Greek letter eta, for efficiency. Reading their article, one gets the impression that the e is actually a failing letter grade. To each their own. Saw this one over the summer in Tonawanda.