RealRides of WNY (on the road) - Volkswagen Vanagon 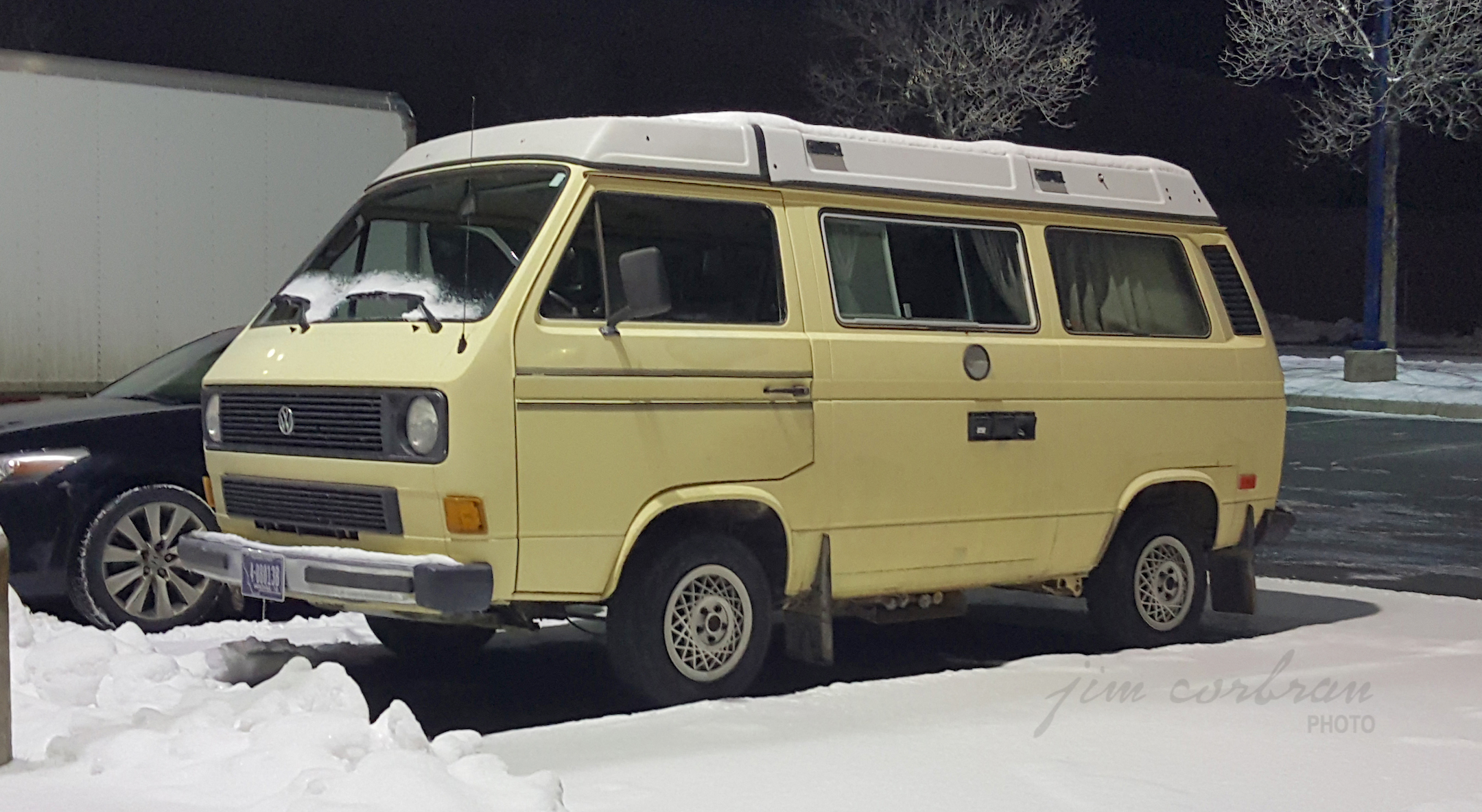 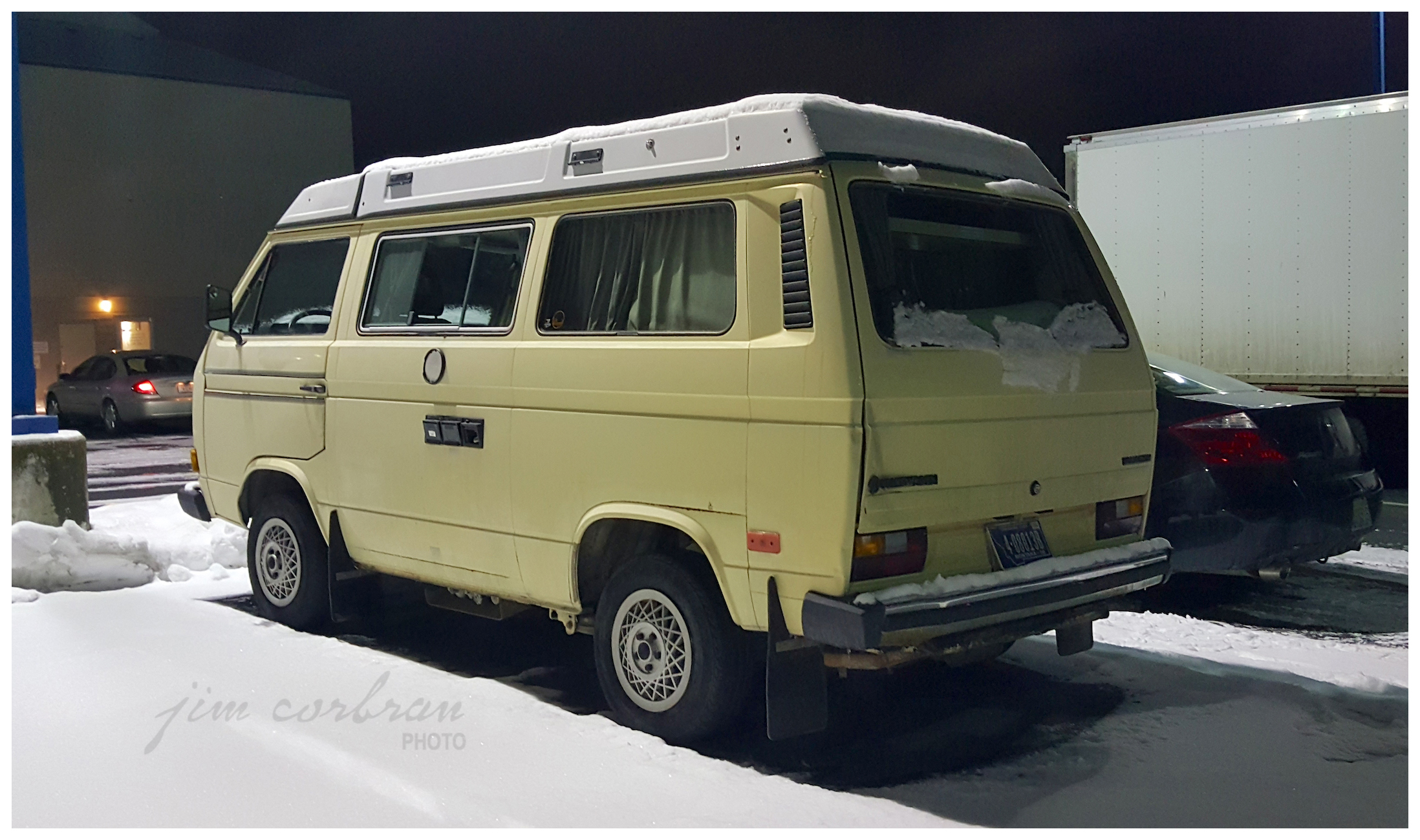 Spent the week between this past Christmas and New Year’s Day driving cross-country from Seattle to Buffalo with my daughter Katie. I knew we’d probably see very few RealRides on the road at that time of year, but there were a few. Like this vintage Volkswagen Vanagon Westfalia camper which we came across, ironically, in the parking lot of a Motel 6 in Missoula, Montana on our first night’s stopover. We joked about whether the owners were in the VW, or had chickened-out and were in the motel. The Vanagon (which we saw a slew of in Seattle) was the third generation of VW’s venerable bus, and was sold in the US from 1979-91, replaced in 1993 by the Eurovan. The Vanagon, or Type 2 (T3), was in production in South Africa (the only place where it was still being sold) until 2002.