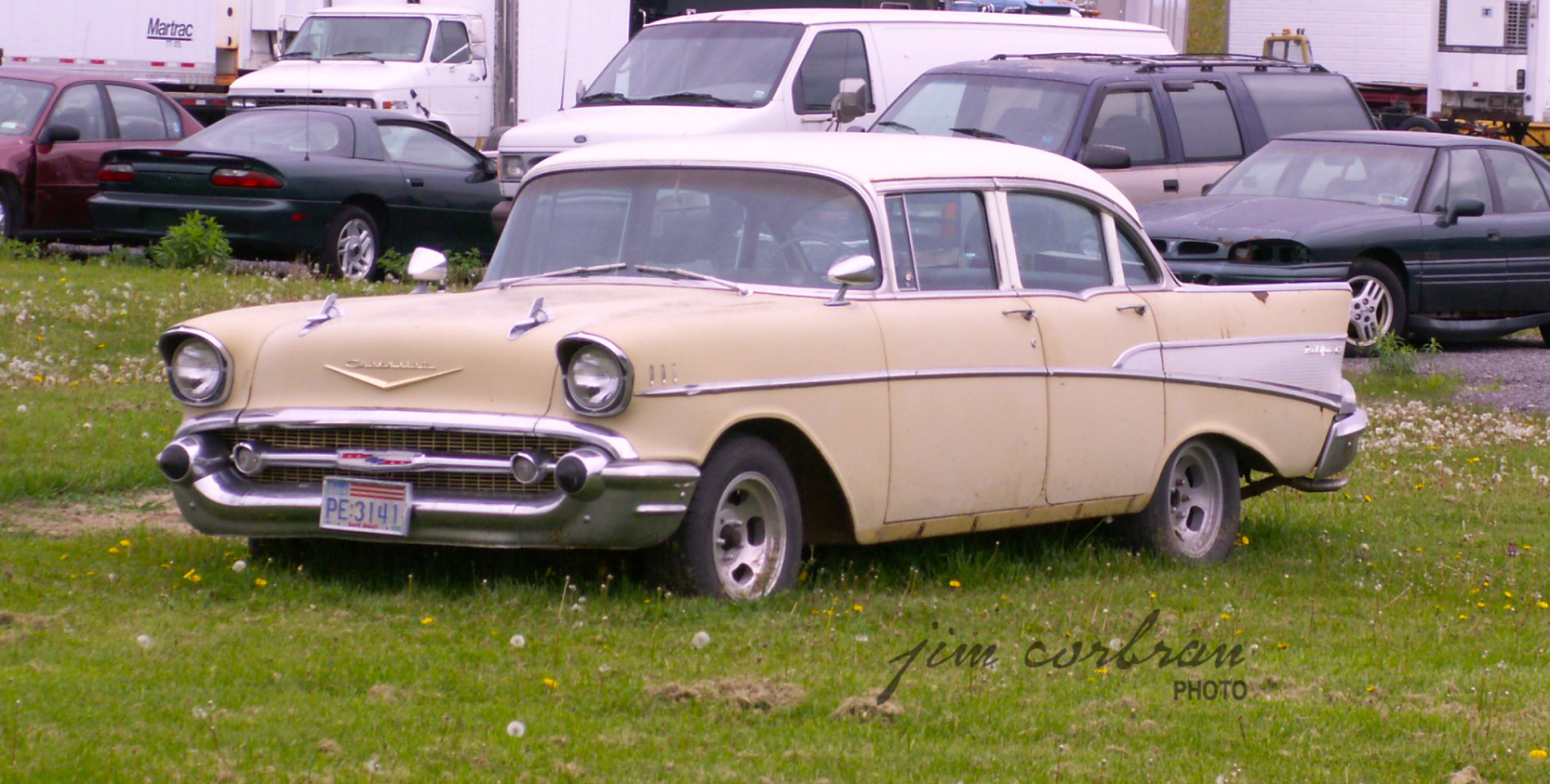 Here’s a reminder that not every 1957 Chevy Bel Air is a pristine showstopper! Considering that almost 1.5 million Chevys (not counting Corvettes) left the factory, it only goes to figure that 62 years later they won’t all look showroom fresh. Nonetheless, this Bel Air four-door sedan, of which 254,331 were produced, looks to be in pretty good shape. From the outside, at least. This model was second only to the Two-Ten four-door sedan in sales (260,401 of the Two-Ten models were built). Chevy’s least popular model (saleswise) for 1957? If you guessed the Nomad two-door wagon (6,103) you’d be correct; on the other hand, if you thought it was the One-Fifty Utility two-door sedan (which featured a shelf instead of a rear seat) you wouldn’t have been too far off with only 8,300 made. Those were the only two models not to crack the 10,000 barrier. Saw this yellow Bel Air a few years ago wearing old South Dakota tags in Batavia.