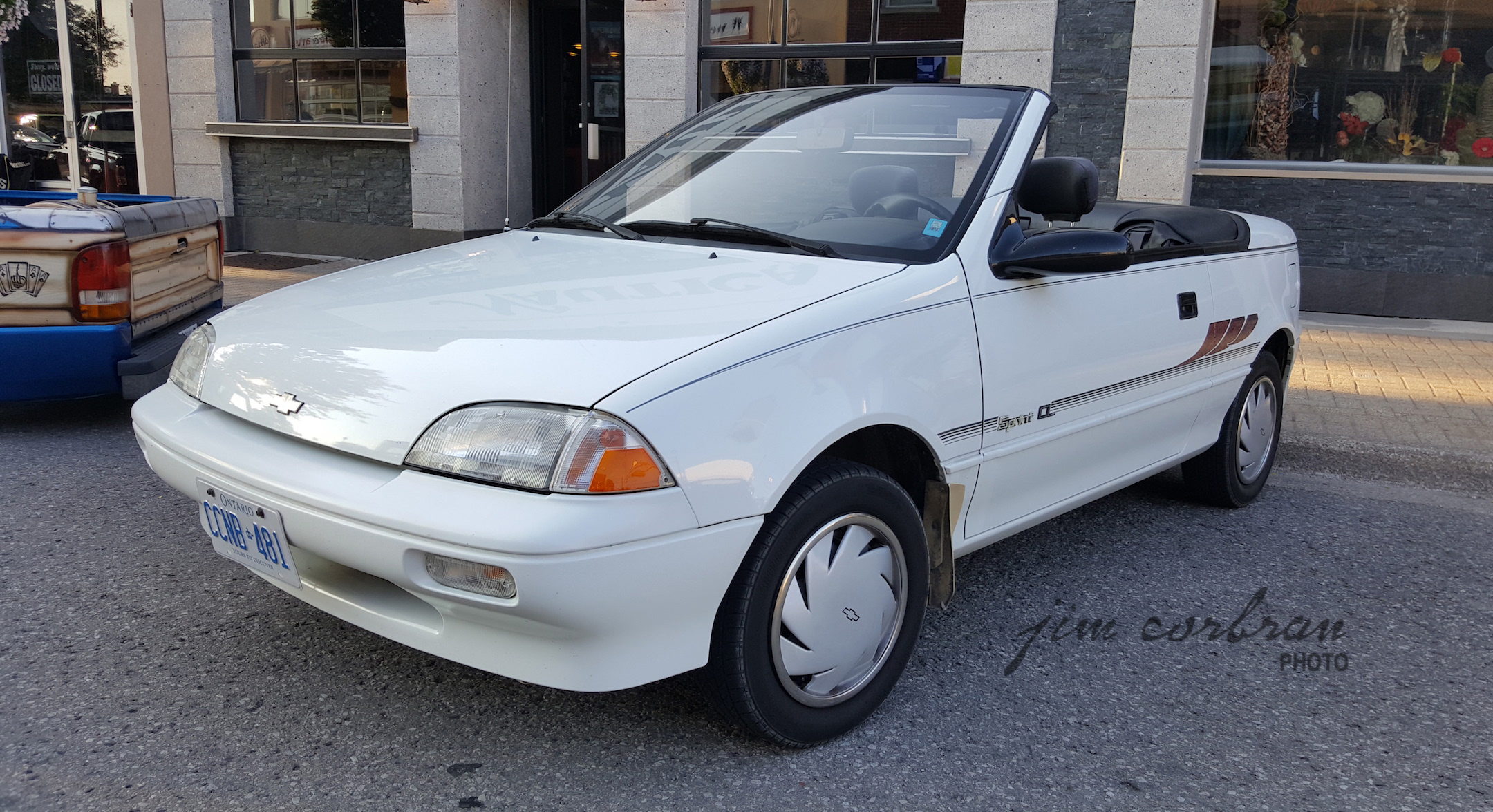 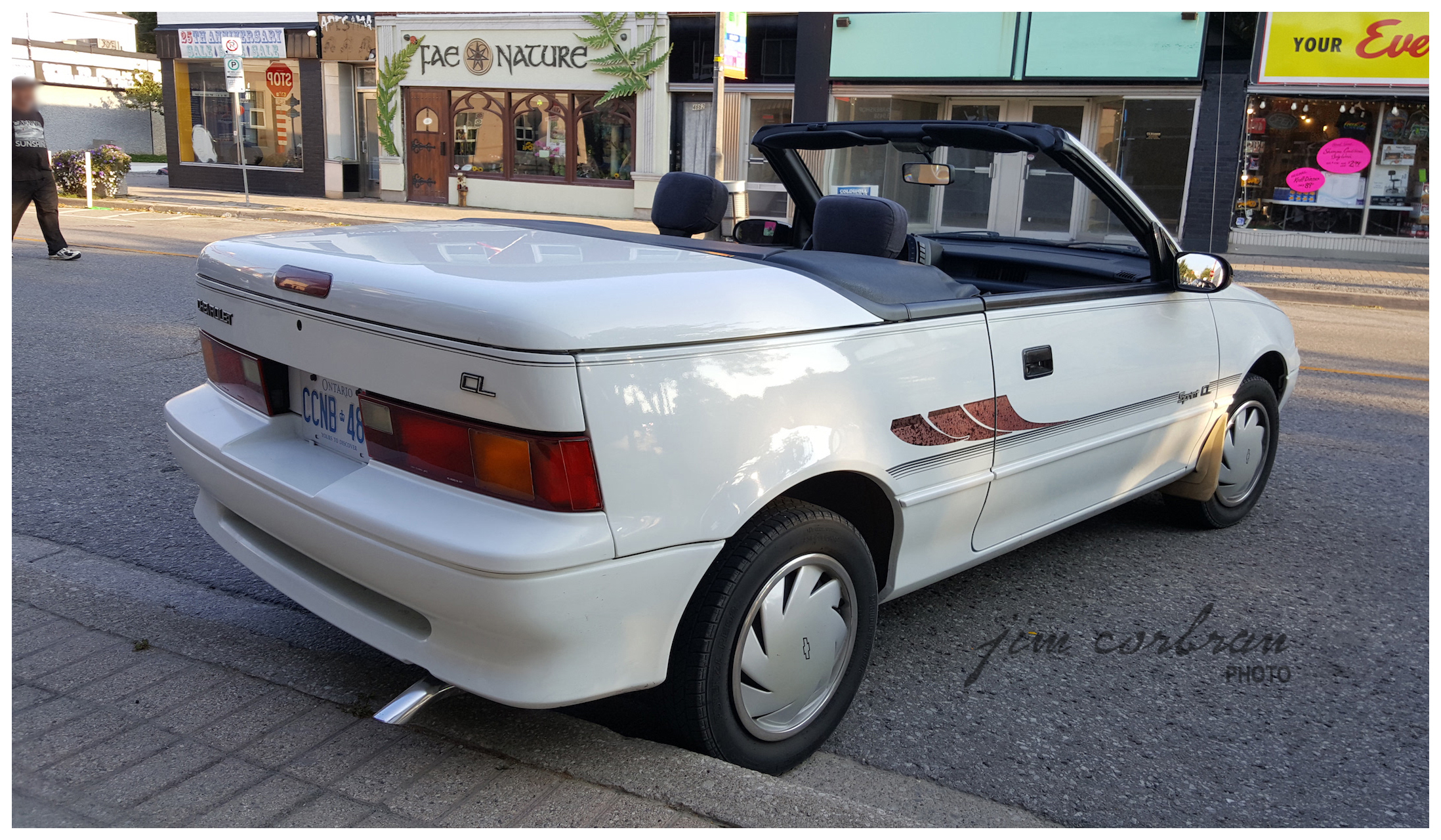 Built from 1990-93, this Chevrolet Sprint CL convertible was one of the smallest droptops available in North America at the time. This particular model was available in Canada, while in the U.S. we had the identical but differently badged Geo Metro. Both were based on Suzuki’s Forsa/Swift, as was the Pontiac Firefly — also a Canada-only model. With its light weight, small size, and thrifty engine, the Sprint (et al.) was certainly different than most other small cars available at the time. Saw this one last summer at a weekly Cruising The Q cruise night on Queen Street in Niagara Falls, Ontario.