RealRides of WNY (on the road) - Volkswagen Thing 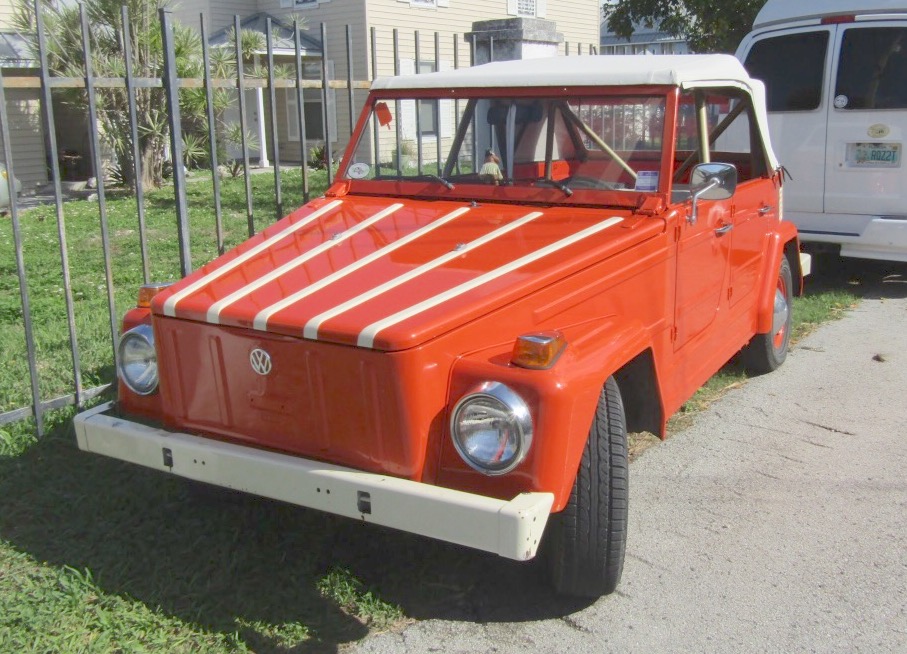 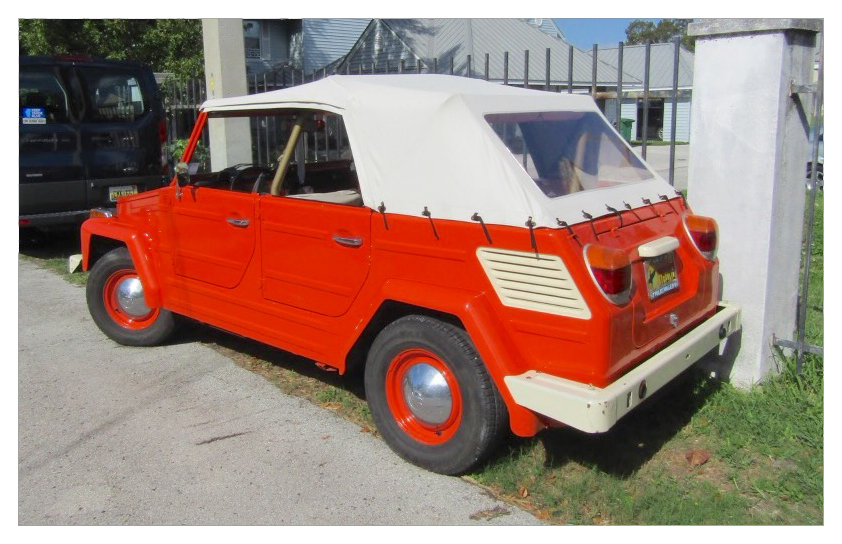 Officially the Type 181, in the U.S. this car had the more unimaginative name of Volkswagen Thing — a great name, I guess, for a vehicle which otherwise is pretty indescribable in the word or two it would take for a model name. The origins of the Thing go back to VW’s Kübelwagen which, much like the VW Beetle, was born during the dark days of World War II. The Kübelwagen was a German army vehicle, used much like the Allied Forces’ Jeep. The Thing, sold in various markets from 1968-83, was also known (depending on where you were) as the Kurierwagen, Trekker, Safari, and Pescaccia. This unusually-two-toned Thing was seen by RealRides reader, and former RealRides neighbor, Rick Lapp, during a recent trip to Key West, Florida.