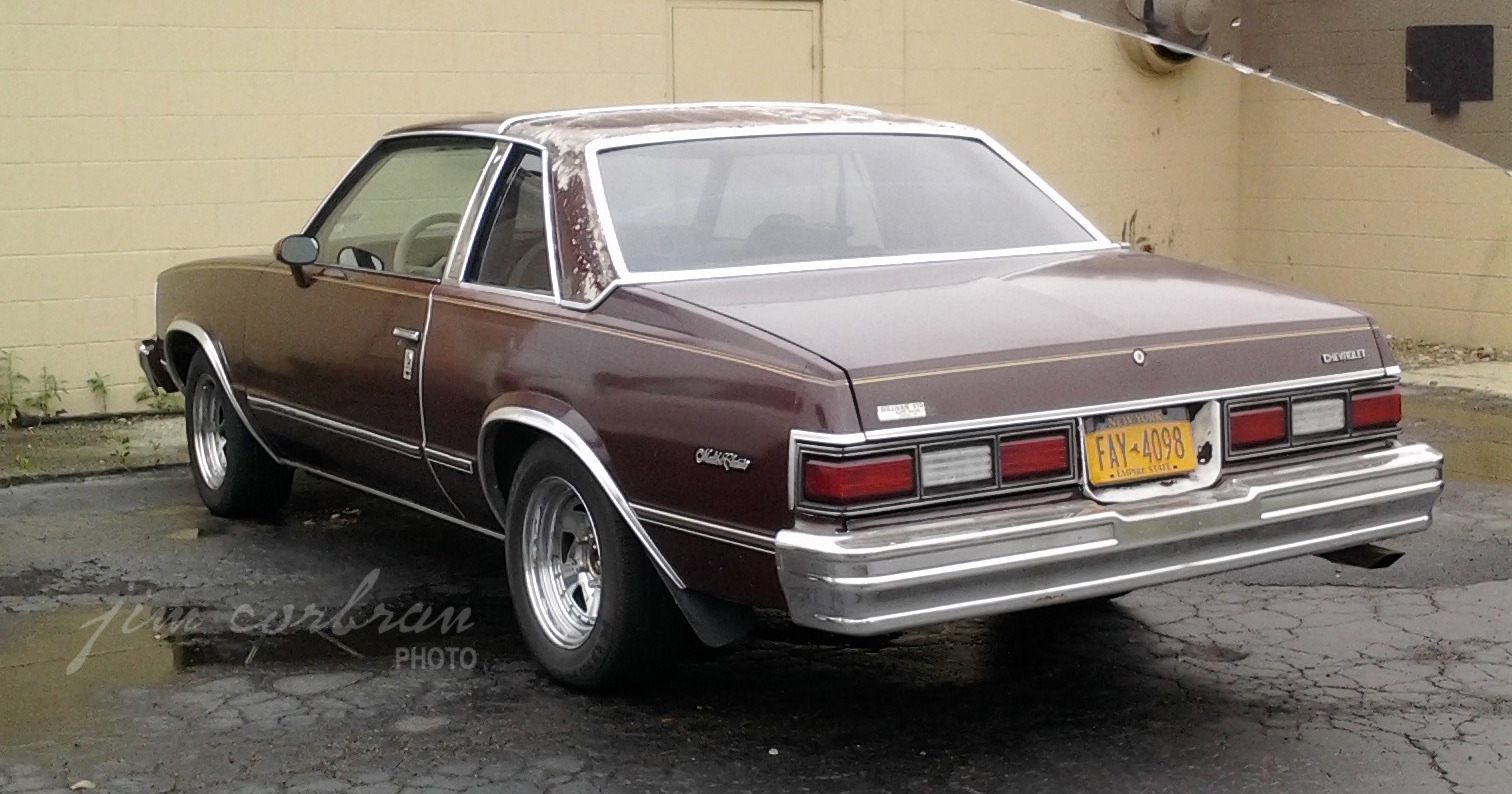 Yesterday in this space we featured one of General Motors’ 1977 downsized big cars, and today we have one of their smaller mid-sized offerings: a 1979 Chevrolet Malibu Classic. First downsized for model year 1978 (when the Chevelle moniker was put to rest), in 1979 the Malibu came in two-door coupes and four-door sedans as well as station wagons. The two-door would go away after the 1981 model, as would the non-Classic base models. One complaint often heard about these cars is the fact that the bean-counters seem to have won out over the designers by making the rear quarter windows non-operable. Now that’s getting cheap! Malibus for 1979 were available with a choice of five engines: three V-6 versions (of 3.3, 3.8, and 4.4 liters [the 3.8 was a Buick engine]), and two V-8s (5.0 and 5.7 litres). California got only the 3.8 and the 5.0 motors. This brown landau-topped Sport Coupe was seen a couple of summers ago in Irving.