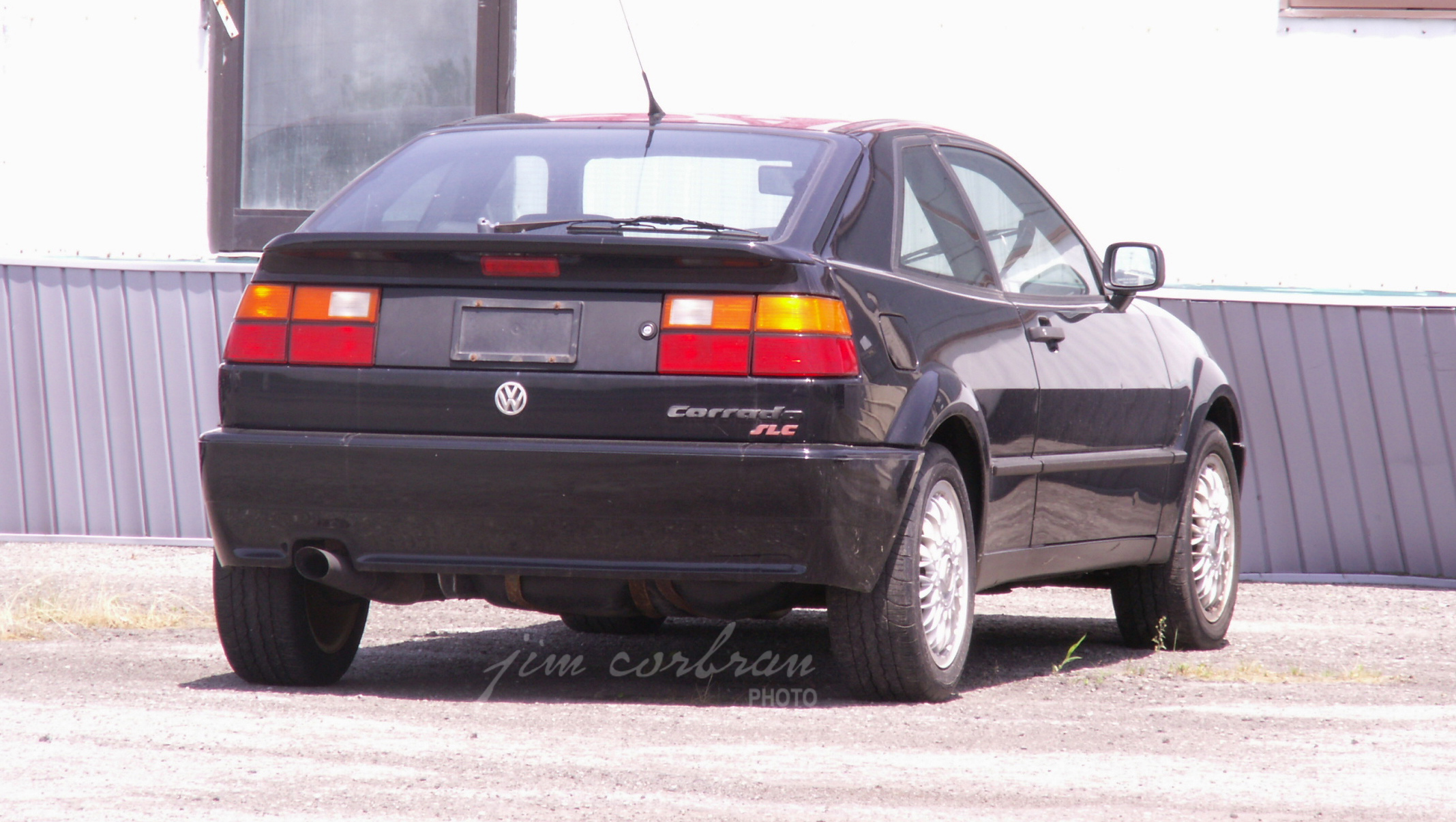 I wonder if the original buyer of this 1992 Volkswagen Corrado SLC was swayed by the brochure’s list of standard equipment — a list headed by Fahrvergnügen. More likely it was the stuff that followed: 2.8L, 178 hp VR6; 5-speed manual transmission; ABS; independent suspension… the list went on and on for two pages. The Corrado’s looks probably didn’t hurt either. Often considered the successor to VW’s Scirocco, the Corrado and the Scirocco were actually produced side-by-side on the same assembly line for four years; the Scirocco was produced from 1974-92 (and revived in 2008), while the Corrado’s life spanned the years 1988-95. Both cars were based on their era’s Golf platforms, and both had plenty of Fahrvergnügen— a fake German word which loosely translates to driving enjoyment. Saw this black Corrado a few years ago in Niagara Falls.