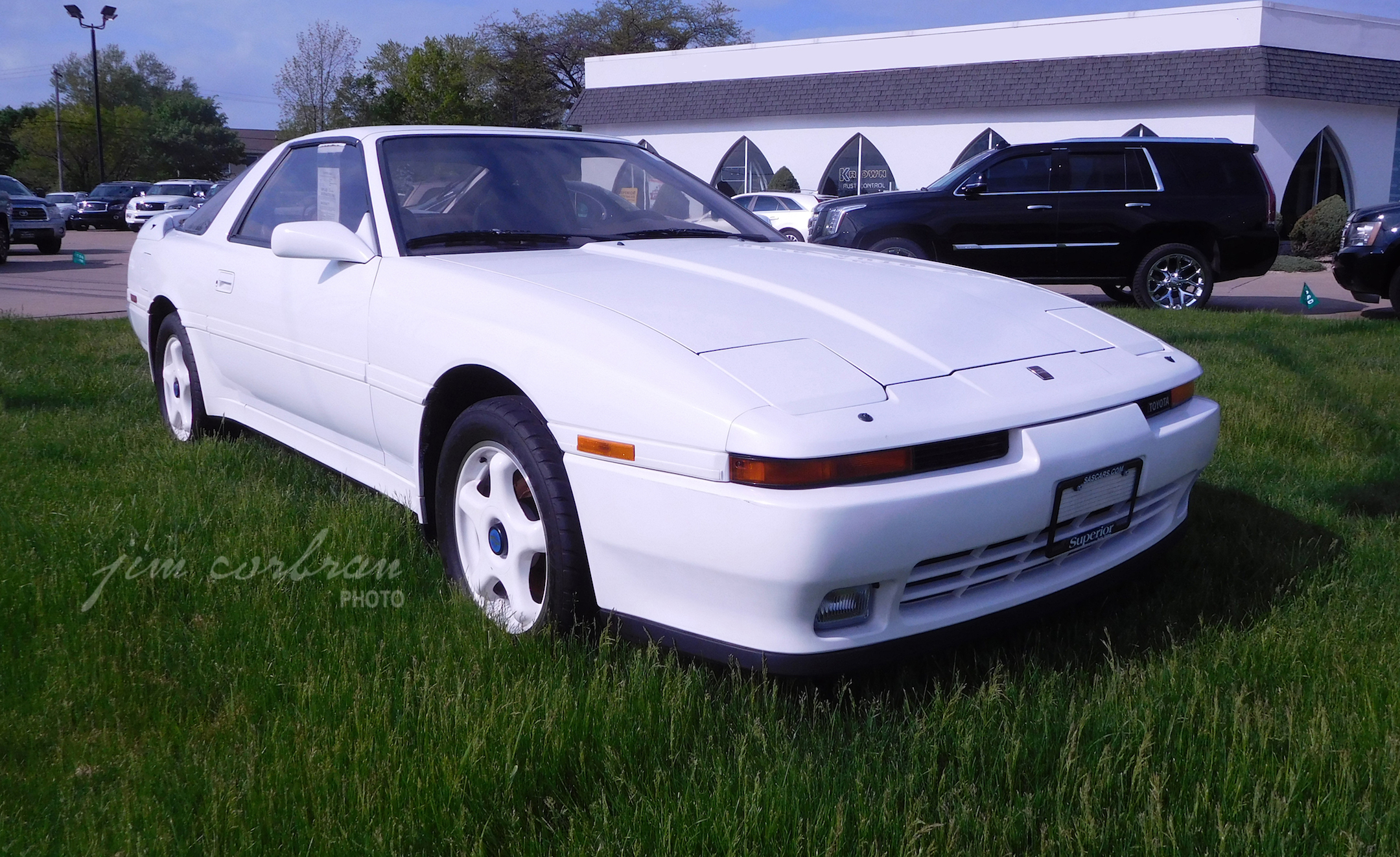 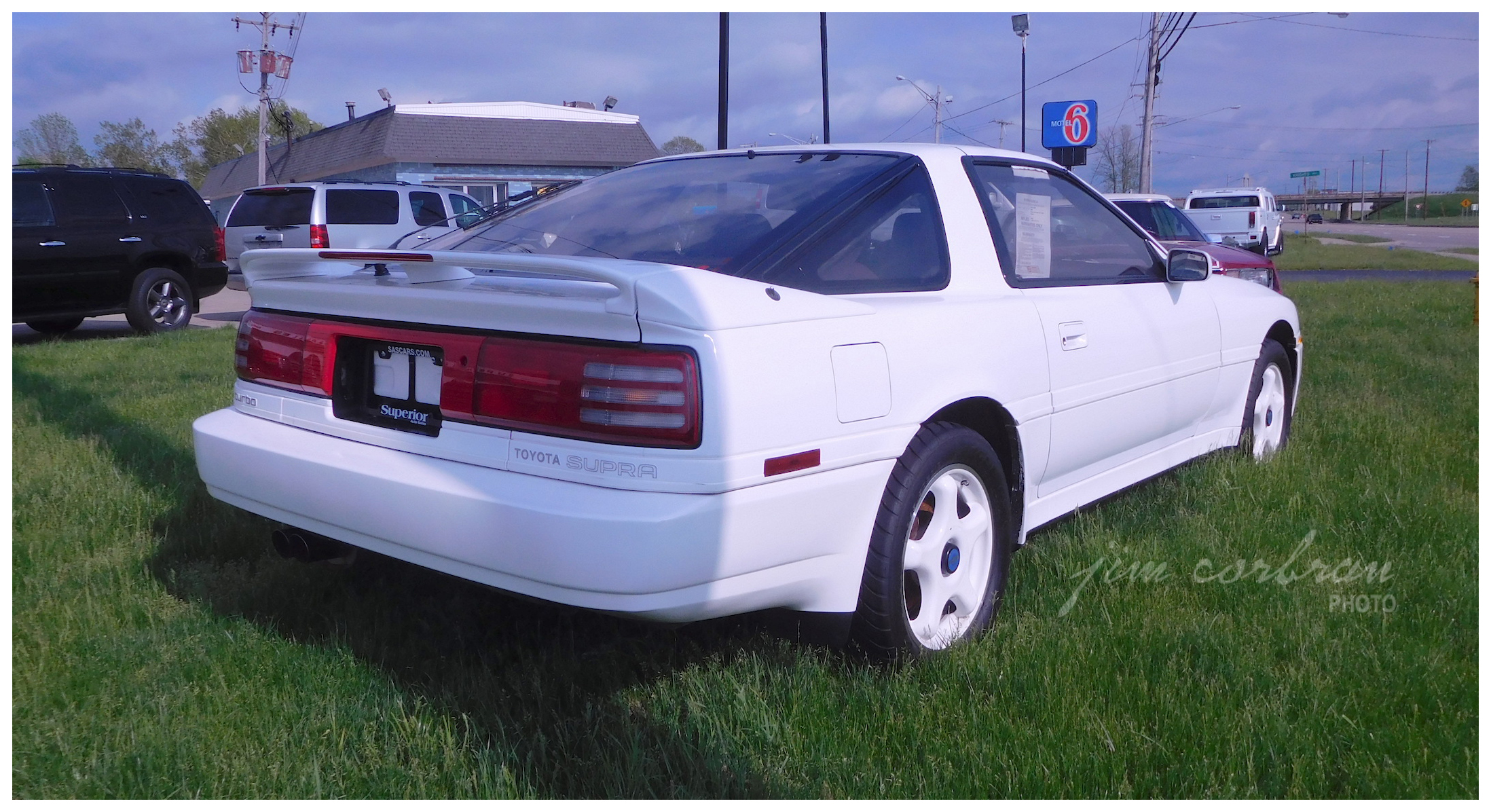 At a glance this 1990 Toyota Supra doesn’t seem to have much in common with the recently announced 2020 model (which was developed with — huh? — BMW, who’s badging their version as a Z4). But, they are both rear-wheel-drive hatchbacks with 3-liter inline six-cylinder engines: the 1990 packed Toyota’s 3.0L L6 DOHC 24V Turbo; while under the hood of the 2020 is BMW’s twin-scroll turbocharged unit with a rating of 335 hp (about 50 more than the 1990 model). The 1990 car, needless to say, also was not co-developed with BMW — or anyone else, for that matter! The original Supra, introduced in 1978, was derived from Toyota’s Celica; the first models were even marketed as the Celica Supra (bottom of page). The Supra however, was longer, wider, and more powerful. Oh, and more expensive! This white example was seen a couple of summers ago in Hamburg. 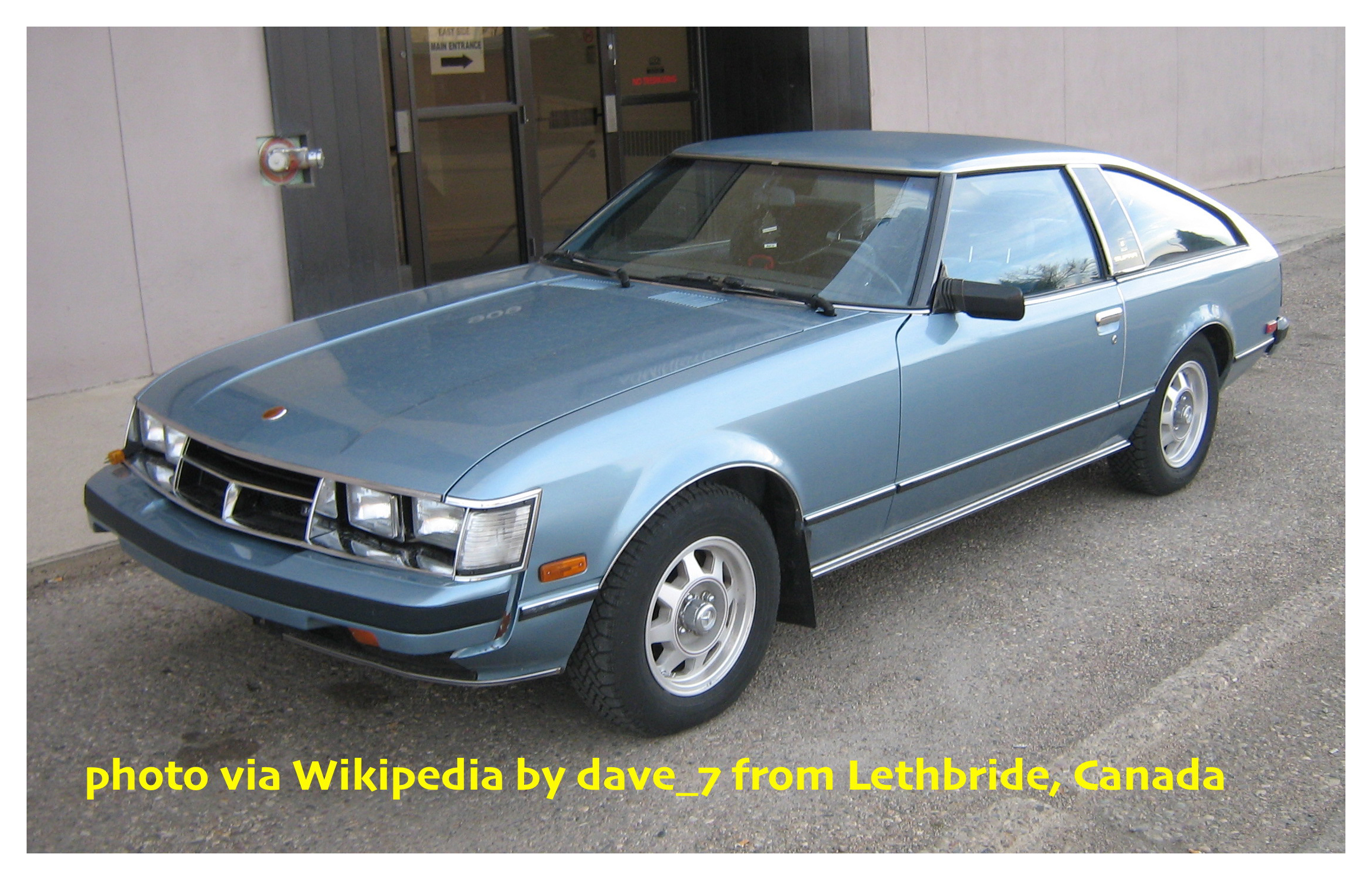