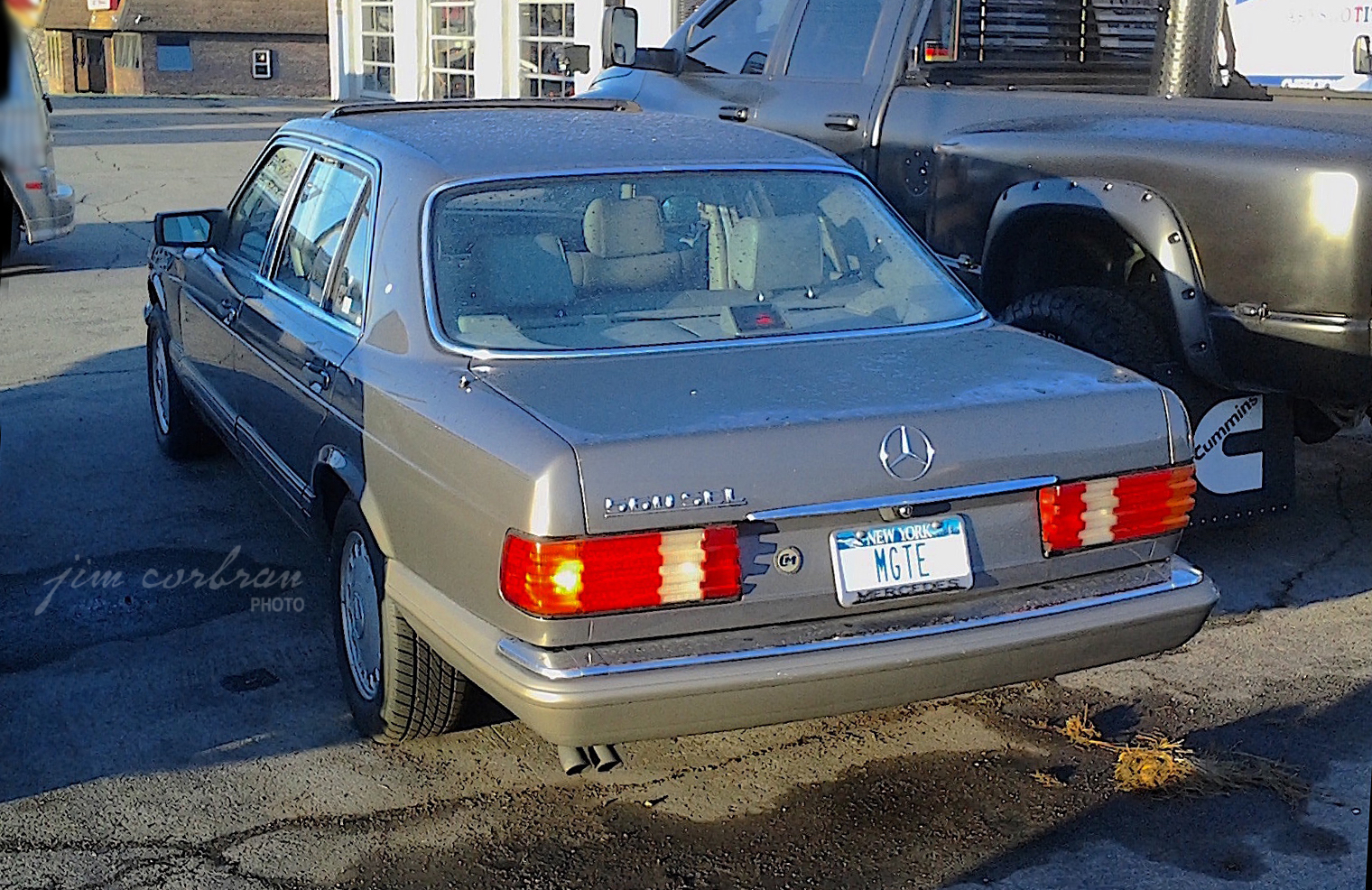 No one will ever mistake this 1988 Mercedes-Benz 560 SEL for a small import. After all, the L in SEL indicated a six-inch longer wheelbase than the already large SE. M-B’s advertising of the smaller-engined 380 SEL in 1983 said “Its volume of interior space is magnanimous: one hundred cubic feet of it, affording such luxuries as three feet of headroom and three feet of legroom in the rear, and almost limousine comfort for five overall.” The 560 indicated a 5.5L V-8. This car was one part of the series which M-B identified as the W-126, introduced in 1979 as the 280 S and 280 SE. The 560 SE and SEL were the last of the W-126 cars, and ended production after the 1991 models. Saw this gray example a couple of years ago in Cheektowaga.