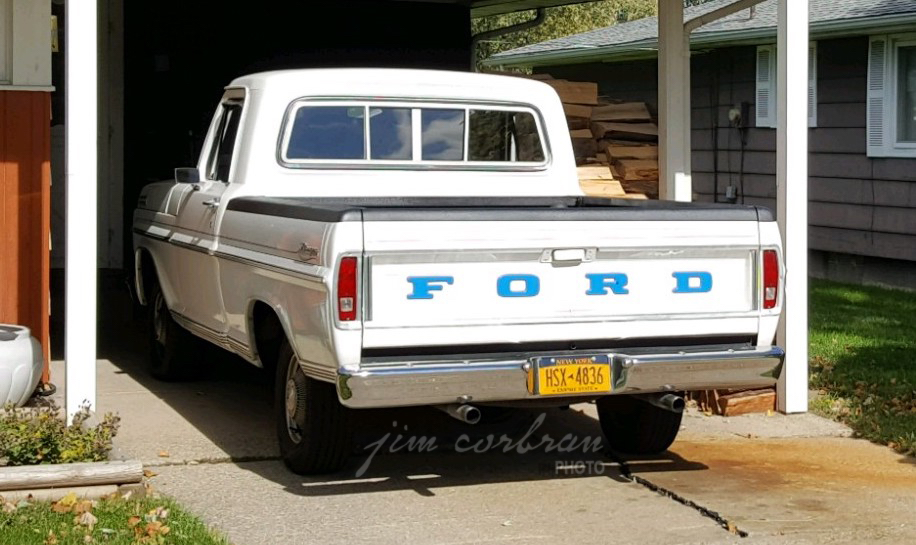 Found this 1967 Ford Ranger 100 pickup poking out of a Tonawanda carport last fall. The Ranger was the new-for-1967, top-of-the-line trim level for Ford’s Styleside pickups, years before Ford’s new 1983 compact pickup would use the same moniker (replacing the Mazda-made Ford Courier). Recently, the Ranger name has been revived (again) for another smaller truck in North America, this time more of a mid-sized offering. The ’67 Ranger half-ton 100 series was offered in both 115- and 131-inch wheelbases in 6-1/2- and 8-foot cargo beds respectively; the three-quarter-ton 250 series came only in the longer version. In Canada, a Mercury version of Ford’s pickup was still offered (below), but it was dropped after the 1968 models. 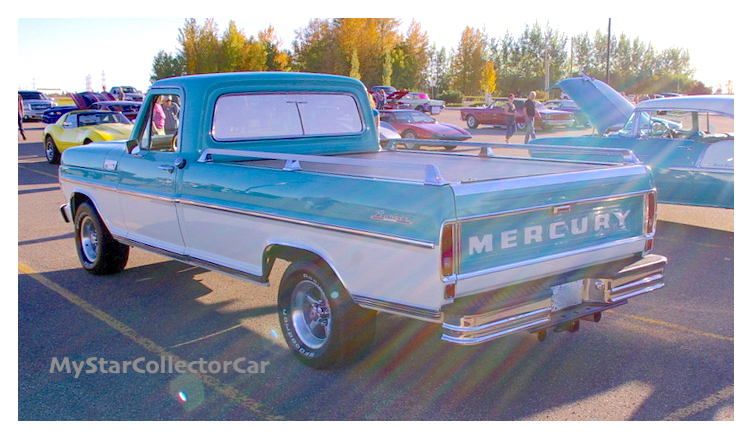