This 1973 Buick Riviera represents the car’s last year for the boat-tail rear-end styling; for 1974 the Riv would revert back to the three-box shape of other personal luxury coupes. The boat-tail look debuted for 1971, and was compared by some to Chevrolet’s 1963 Corvette Stingray. It was the basis for Buick’s 1972 Silver Arrow III concept car (below), first shown at the 1972 Detroit Auto Show, which featured a lowered roofline, secondary turn signals above the rear window, and six headlights. This brown ’73 example was seen a couple of summers ago in Kenmore. Its optional chrome-plated wheels are wearing spinners which seem to contain the Riviera emblem in their centers. 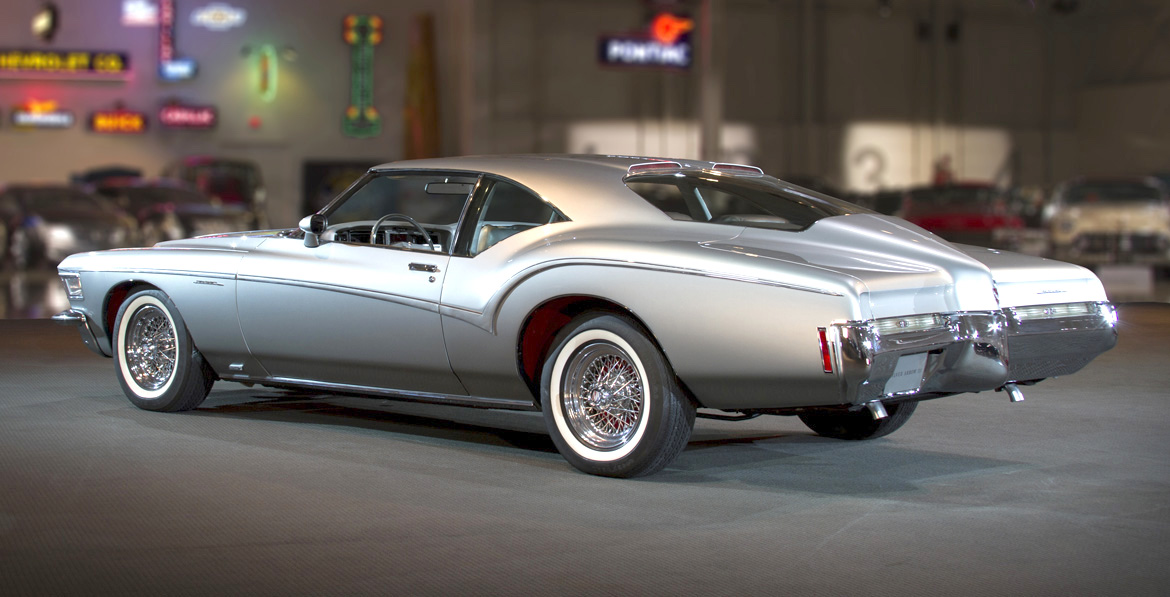