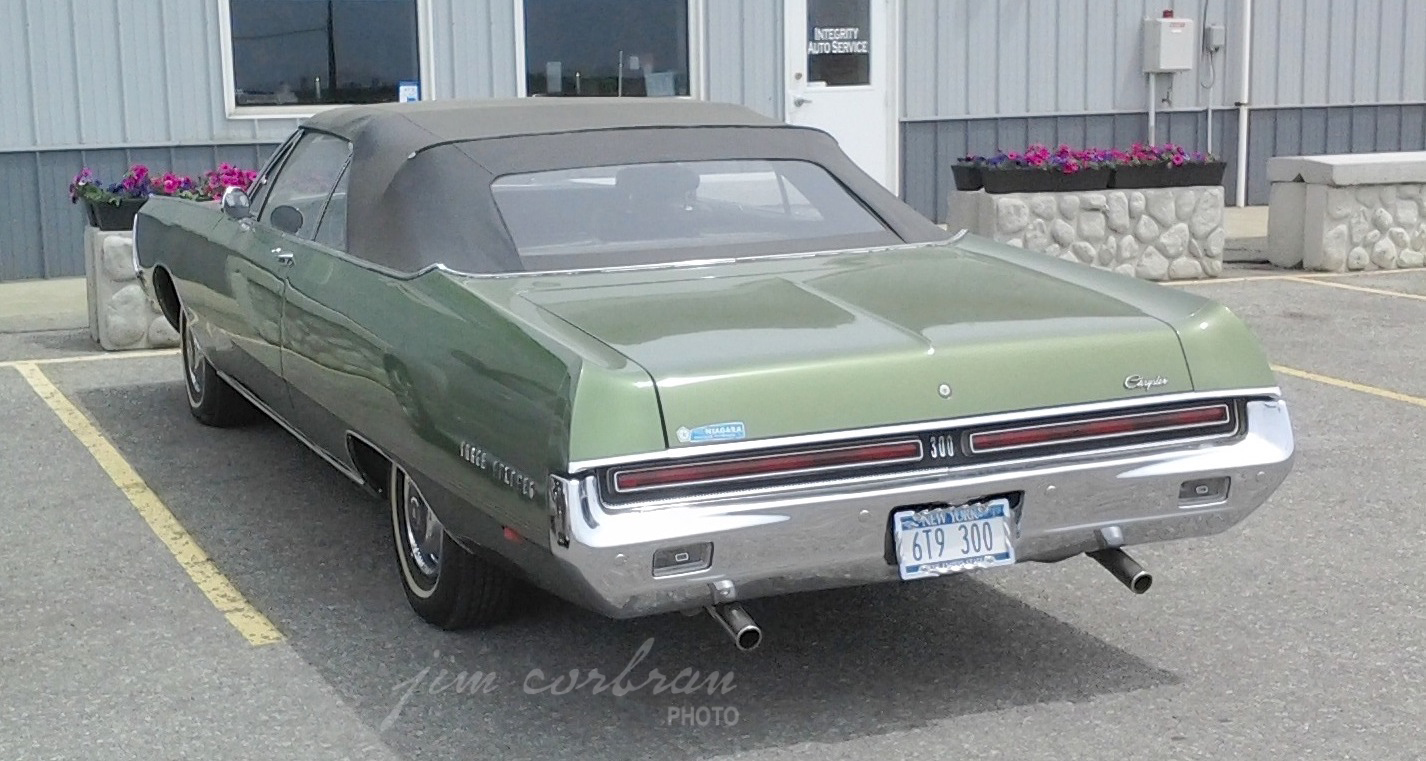 As you can see from the vanity plate, this is clearly a 1969 Chrysler 300, which was seen a few years ago in Wheatfield. It also would appear that it was purchased at Niagara Chrysler-Plymouth, which used to be located at Pine Avenue (now Niagara Falls Boulevard) at 66thStreet in Niagara Falls. This was the first year for Chrysler’s fuselage styling, an idea which featured a wide beltline, accompanied by lines which were pulled in at both the bottom of the car and the roofline. The Three Hundred came standard with hidden headlights and a 440 V-8; curiously, in a car of this weight with such a large engine, power steering and brakes were still optional. The Three Hundred was once Chrysler’s hot rod, but by 1969 it had morphed into a “sporty” version of the luxury brand, available as a two- or four-door hardtop as well as the convertible. Pricewise it landed between the Newport/Newport Custom and the New Yorker.