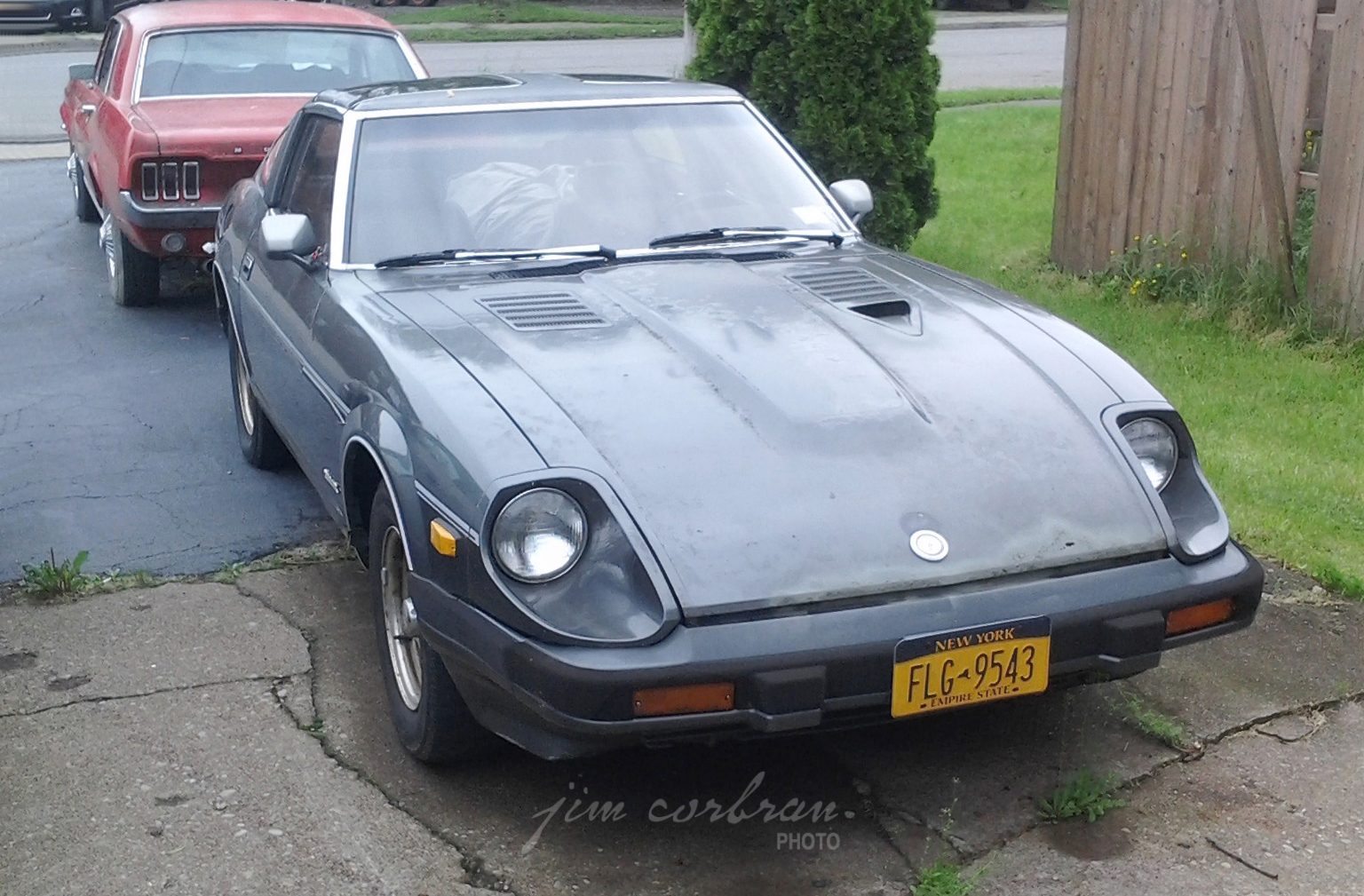 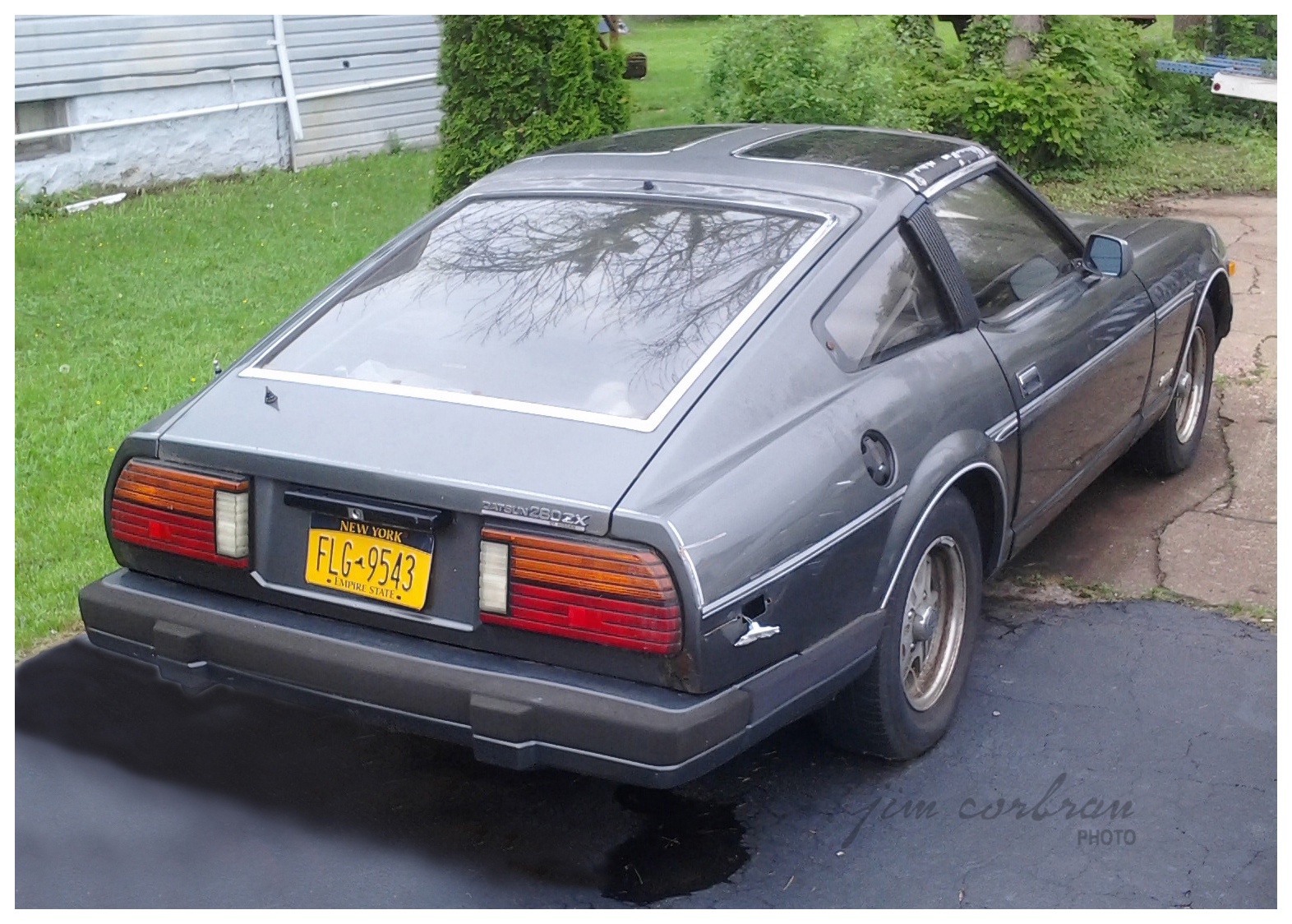 When this 1983 Datsun 280ZX hit the showroom, its manufacturer was having a bit of an identity crisis in North America. For years they’d been selling Datsuns on our shores, while elsewhere in the world the same cars were being marketed as Nissans, which reflected the corporate name. In 1981, Nissan decided to begin a phase-out of the Datsun brand, which was completed in 1986. Thus the Datsun 280ZX by Nissan badge on the decklid of this gray example, which was seen last summer in Tonawanda. For 1983 the 280ZX came in four guises: this two-seater and a 2+2 edition, both of which were also available as Turbo models. All came with Nissan’s 2.8L fuel-injected inline six, rated at either 145 or 180 hp. The Turbo ZX came standard with a T-bar roof (optional on the others); while standard on all 280ZX models were: halogen headlights, power-assisted 4-wheel disc brakes, power-assisted rack-and-pinion steering, and alloy wheels.