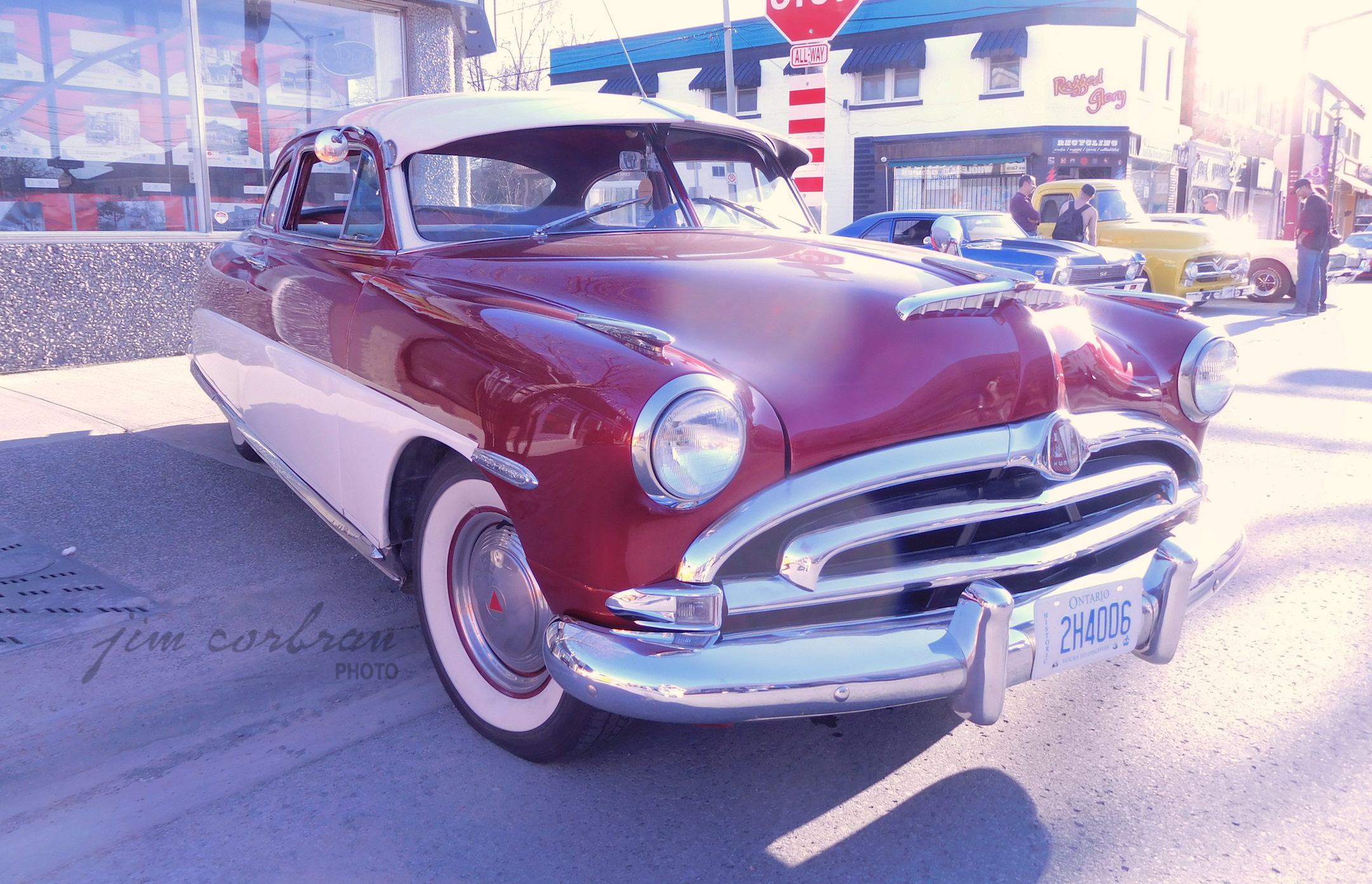 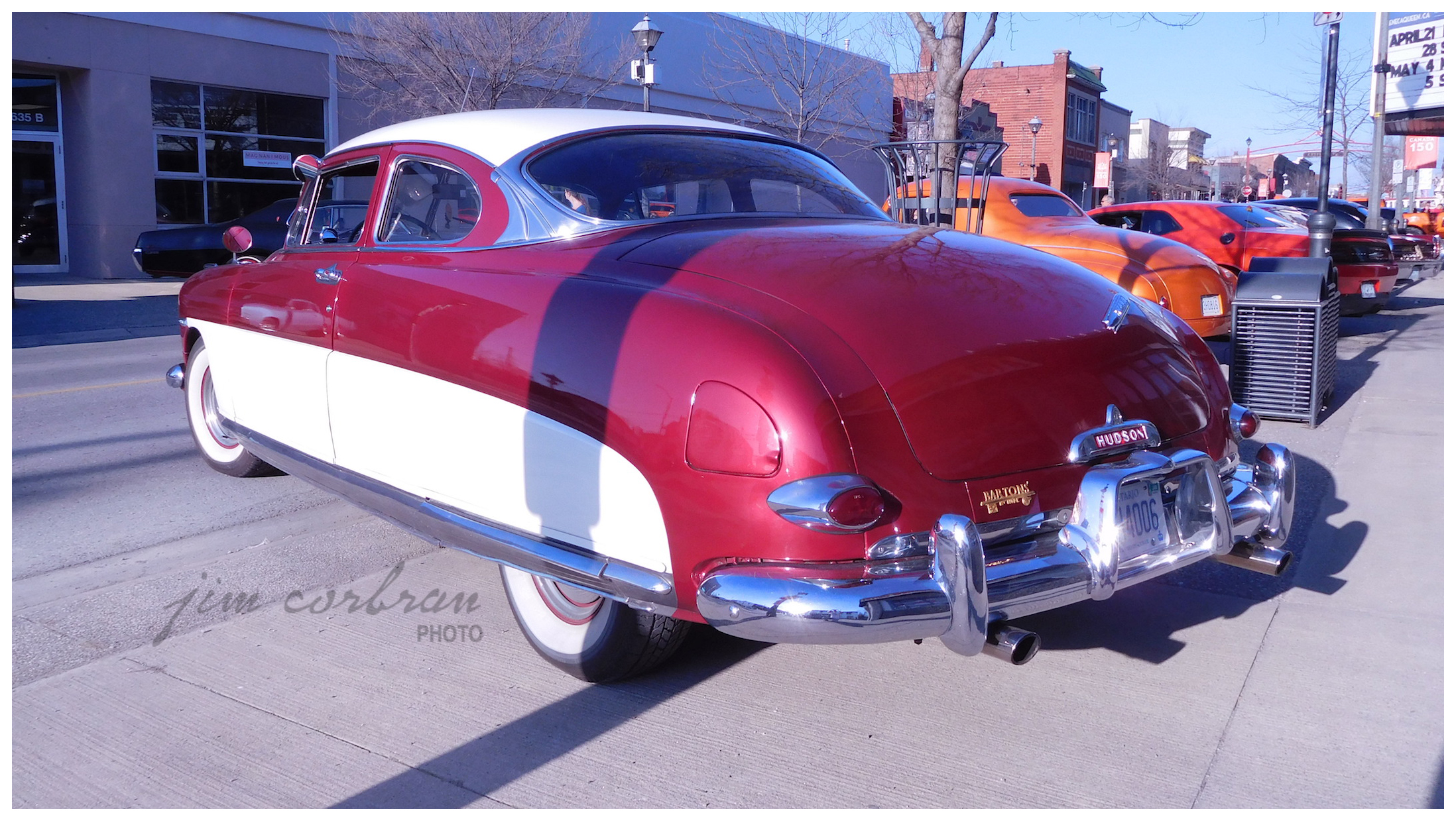 Came across this 1953 Hudson at a weekly Cruising on the Q event one Tuesday evening last May on Queen Street in Niagara Falls, Ontario. Judging by the faux hood scoop, this one appears to be a Super Wasp, although the usual chrome side trim isn’t on this one. Hudson advertised the Wasp as “The Lower-Priced Running Mate to the Hornet.” The Super Wasp was a step up from there, having some of the larger, 124-inch wheelbase Hornet’s style cues, while using the shorter 119-inch wheelbase of the Wasp. Headquartered in Detroit, Hudson would eventually merge with the Kenosha, Wisconsin-based Nash-Kelvinator Corp. in 1954 to form American Motors. The final Hudsons would be the Nash-based 1957 Hornets. A dealer plate on the back of this one shows it was sold (presumably used) by Bartons' Buick-Pontiac in Mt. Hope, Ontario.