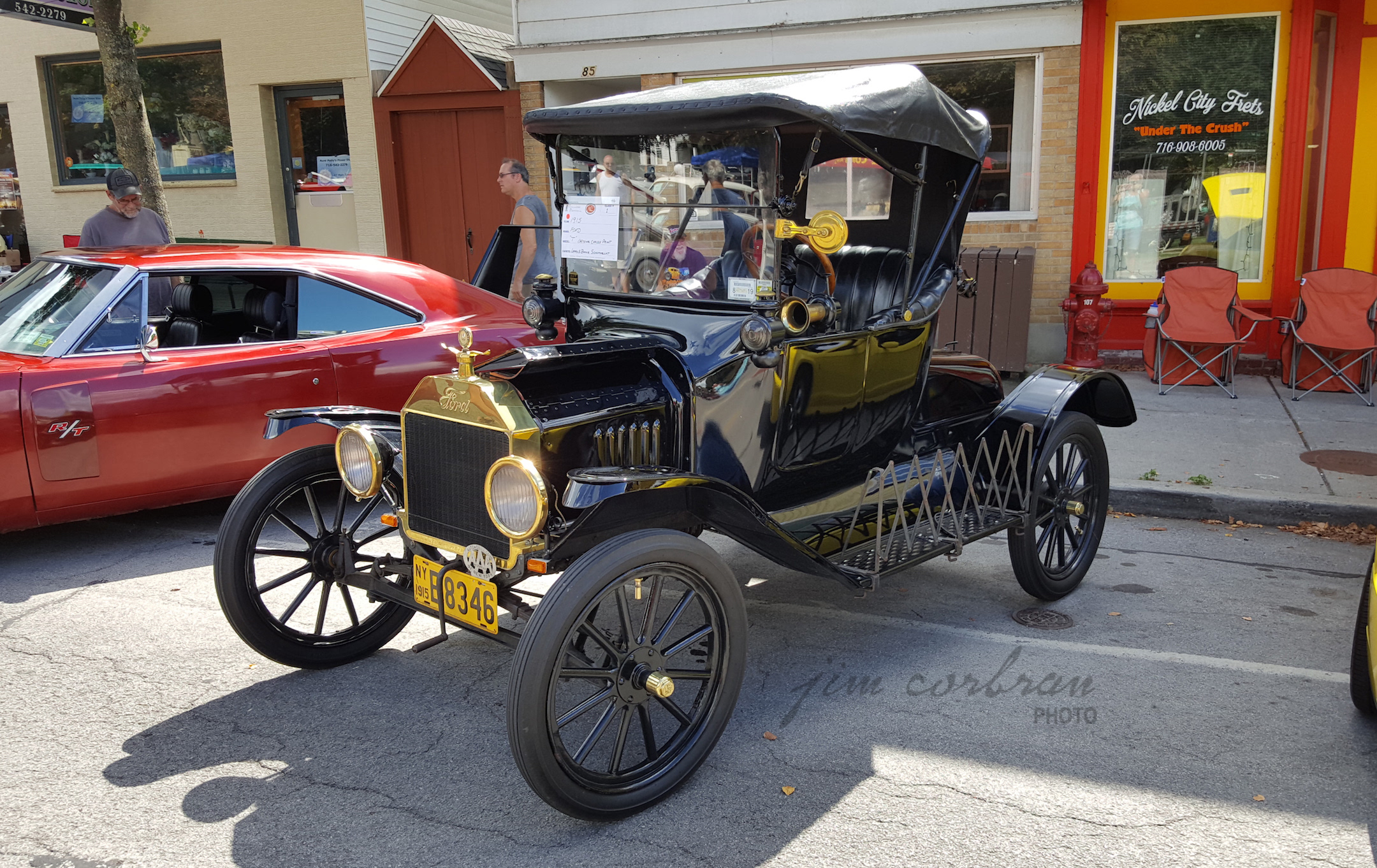 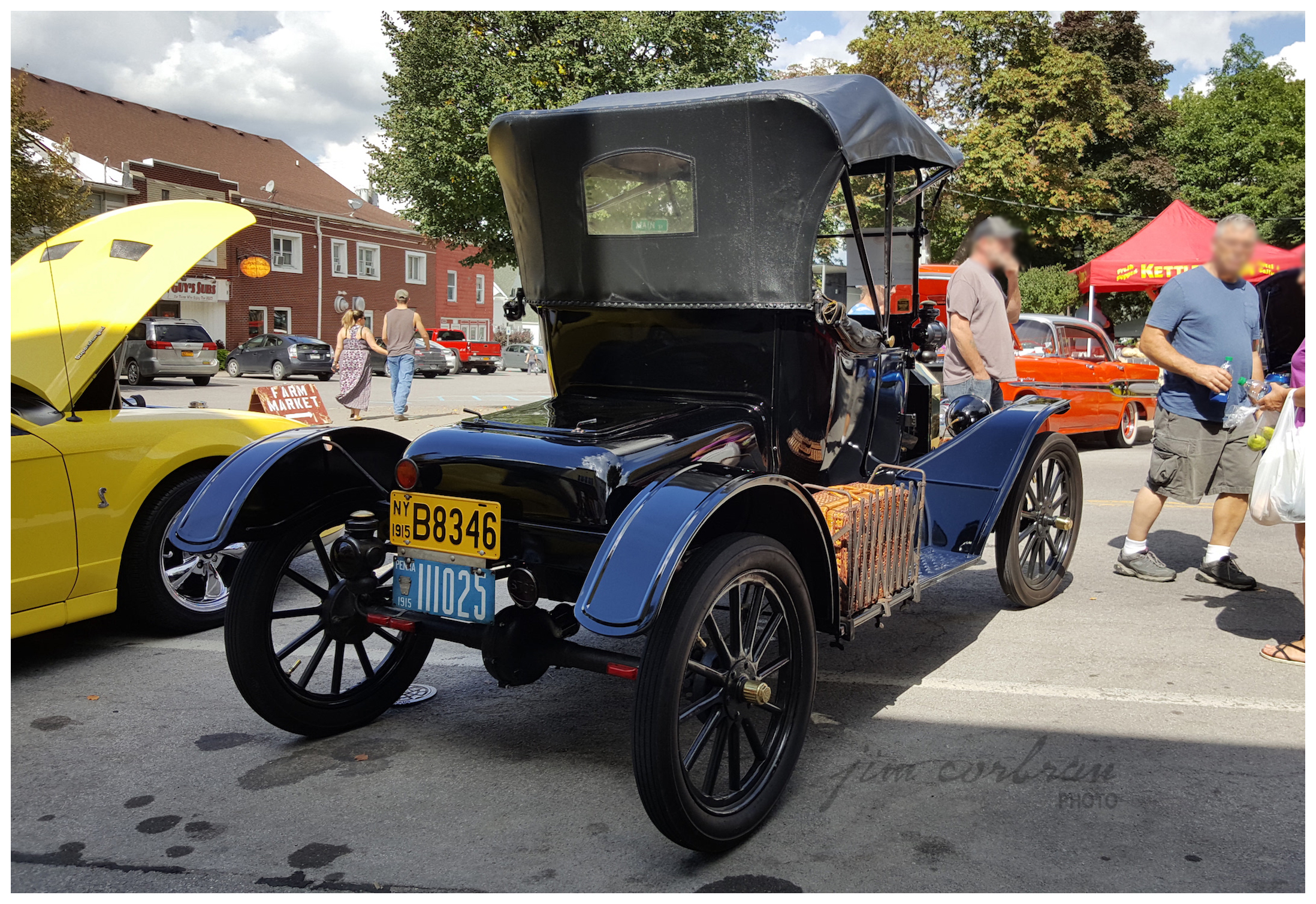 This 1915 Ford Model T Runabout is one of — if not the — oldest cars we’ve featured here. Seen last summer at the annual car show in beautiful downtown Akron, the Runabout was one of three open cars offered by Ford that year, the others being the 2-passenger Coupelet and the 5-passenger Touring Car. Prices in 1915? The Runabout was $390 f.o.b. Detroit, for a car that was — as Ford told us in the brochure — “fully equipped, except speedometer.” An f.o.b. price (free on board) meant the buyer paid any additional fees from, in this case, Detroit — fees such as delivery, license, and insurance. The Touring Car sold for $440, while the Coupelet went for a whopping $590. All came equipped with Ford’s four-cylinder, 20-hp motor. When this one was new, almost half of the cars on American roads were Fords. And most of them, I’m guessing, were black.