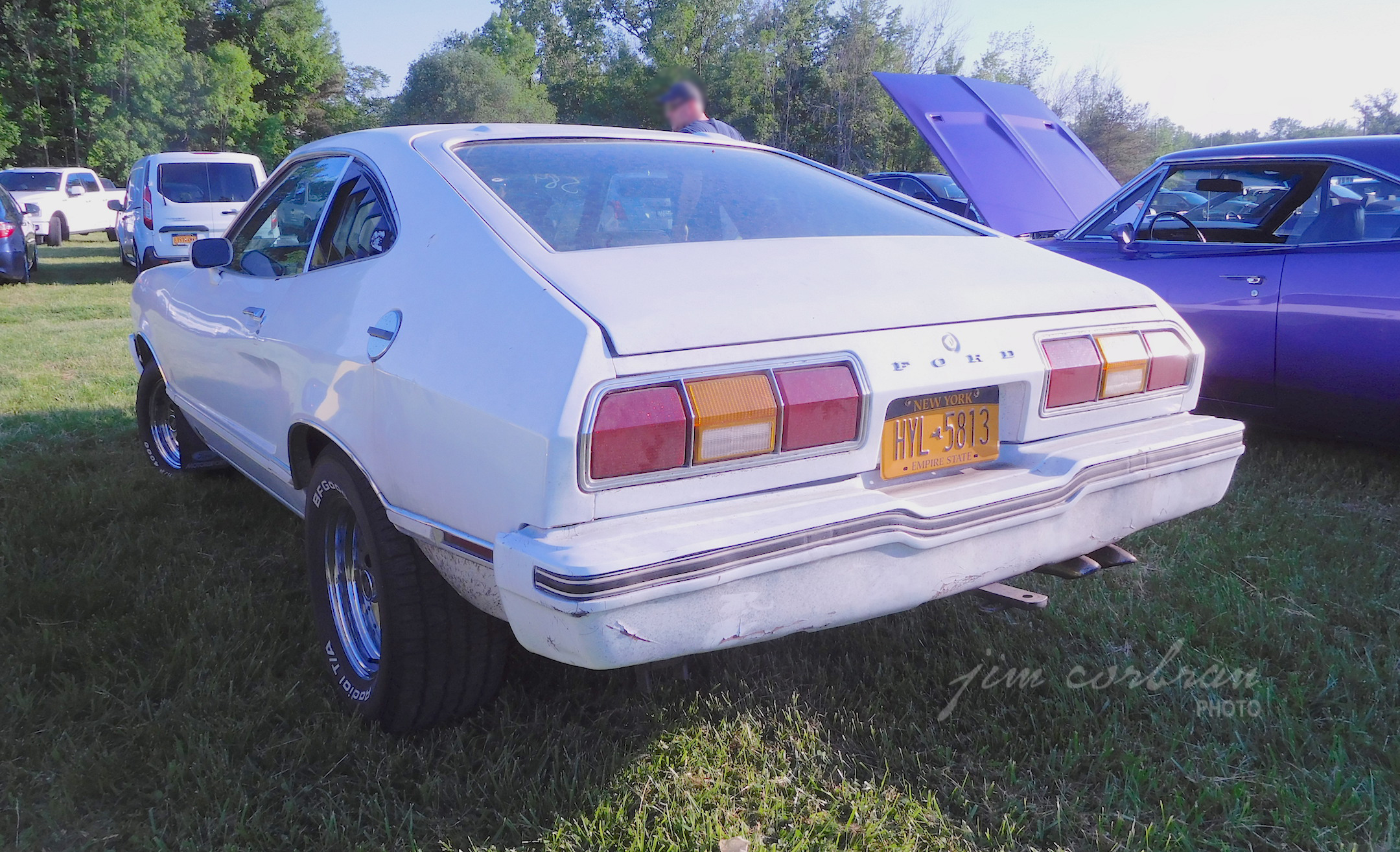 They’ve certainly had their share of detractors over the years, but sales numbers don’t lie. This 1978 Ford Mustang II is one of over 190,000 of the small pony cars which Ford delivered that year. Introduced for model year 1974, the Pinto-based Mustang II, available in coupe form as well as this hatchback, sold almost 386,000 units. Compare that to just under 125,000 1973 Mustangs — a car which had grown and grown in size (and price) since starting the pony car movement back in 1964. Ironically, prices for the new smaller 1974 models were all significantly higher than the ’73 models, but buyers, perhaps influenced by the latest gasoline crisis, bought them in droves. This ’78 hatchback was from the final year of the Mustang II, which was replaced for 1979 by a larger, Fairmont-based Fox-platformed Mustang. It was seen at one of the weekly cruise-ins at Pautler’s Drive-In in East Amherst/Clarence.