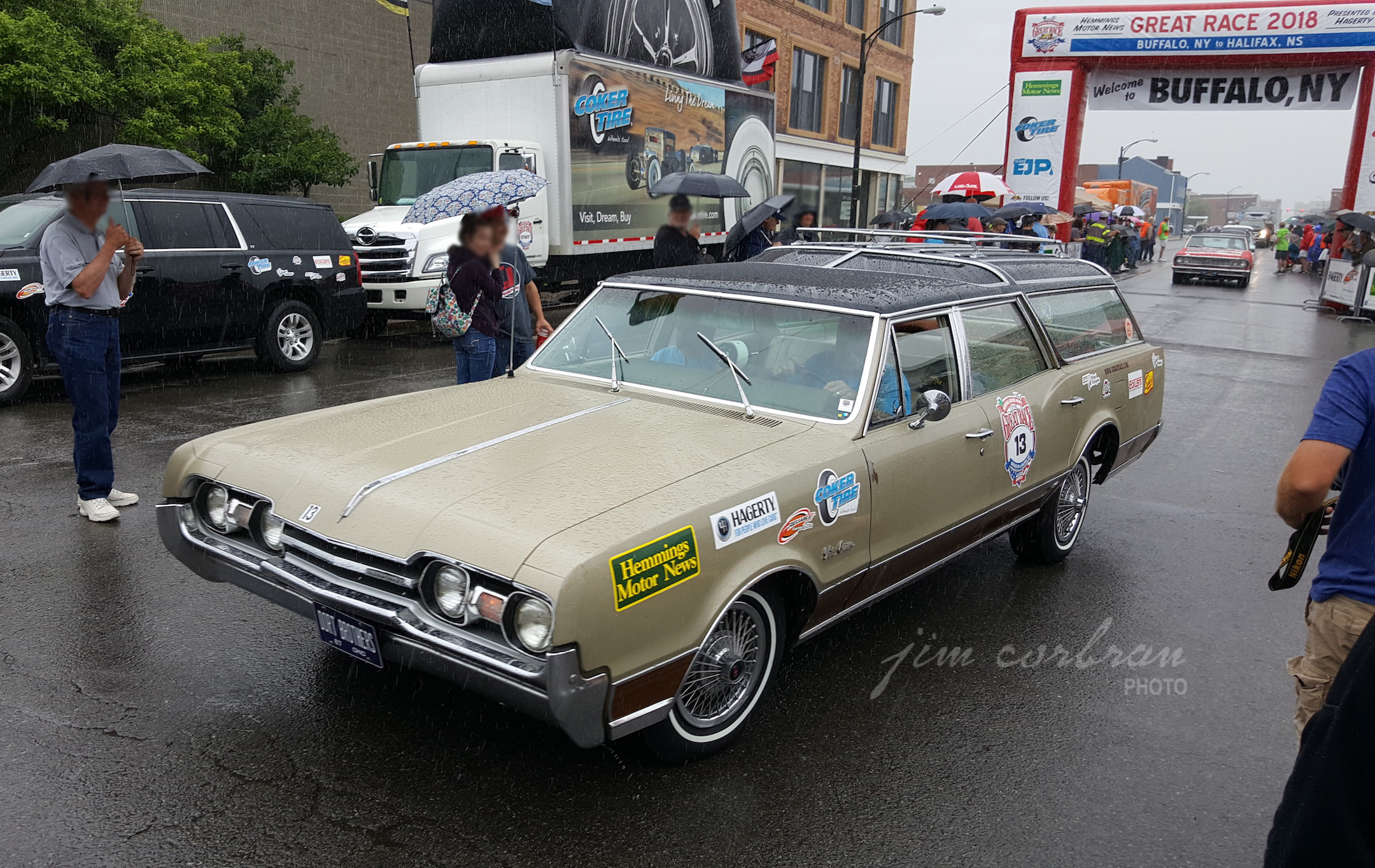 This 1967 Oldsmobile Vista Cruiser is seen at the start of last summer’s Hemming’s Motor News Great Race, which started right here in Buffalo, New York on June 23 and finished in Halifax, Nova Scotia on July 1. The Vista Cruiser was the priciest of Olds’ wagons for 1967, what with the absence of a full-size model in the lineup; lesser models were the Cutlass and F-85 wagons, which didn’t have the raised glass Vista-Roof. The crew of today’s feature car was Ohio’s Dort Brothers — driver David of Copley, and navigator Paul of Canal Fulton. Their Team #13 car finished in 60thplace (3rdplace in the Sportsman category) out of a total of 118 teams (11 of which failed to finish).