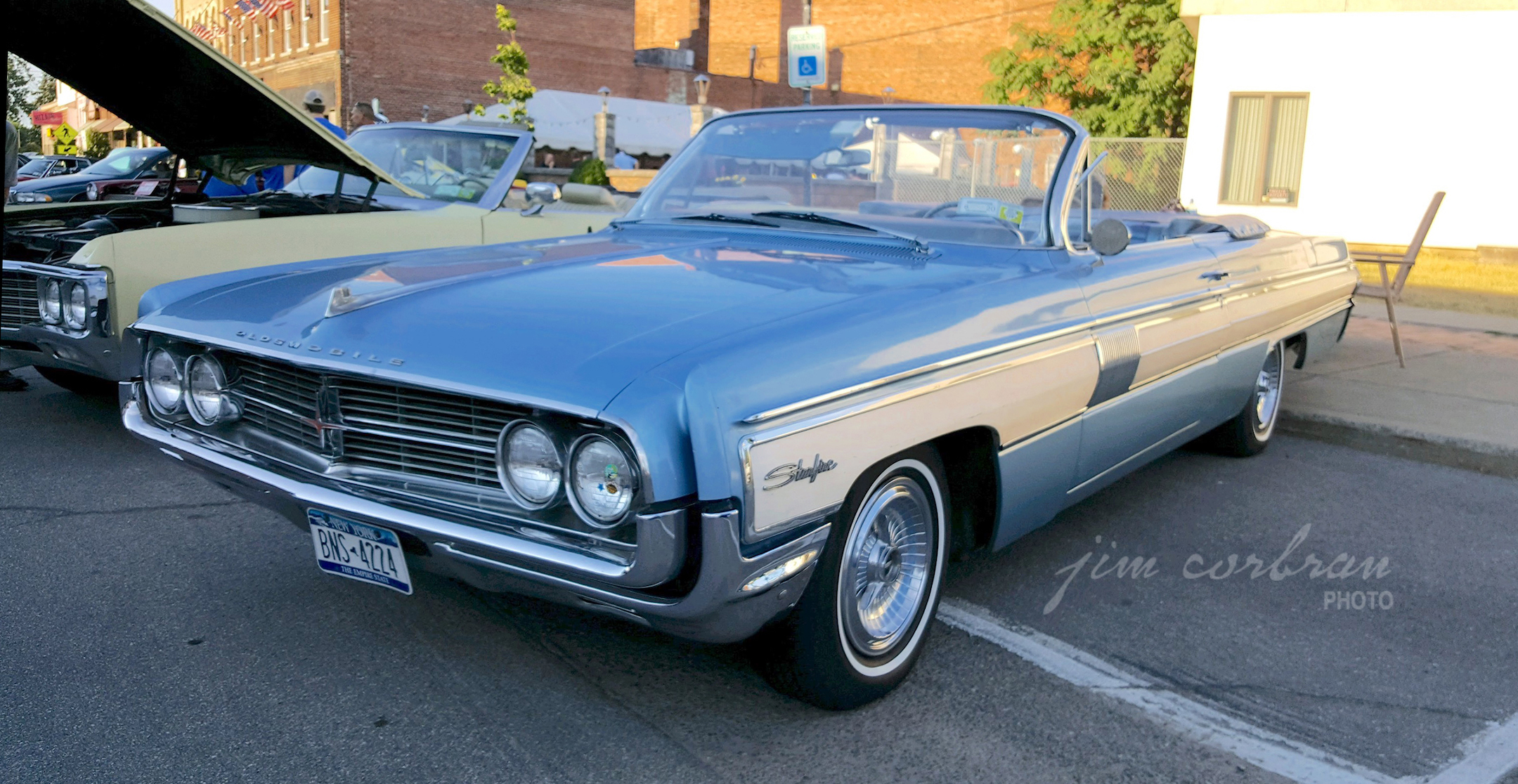 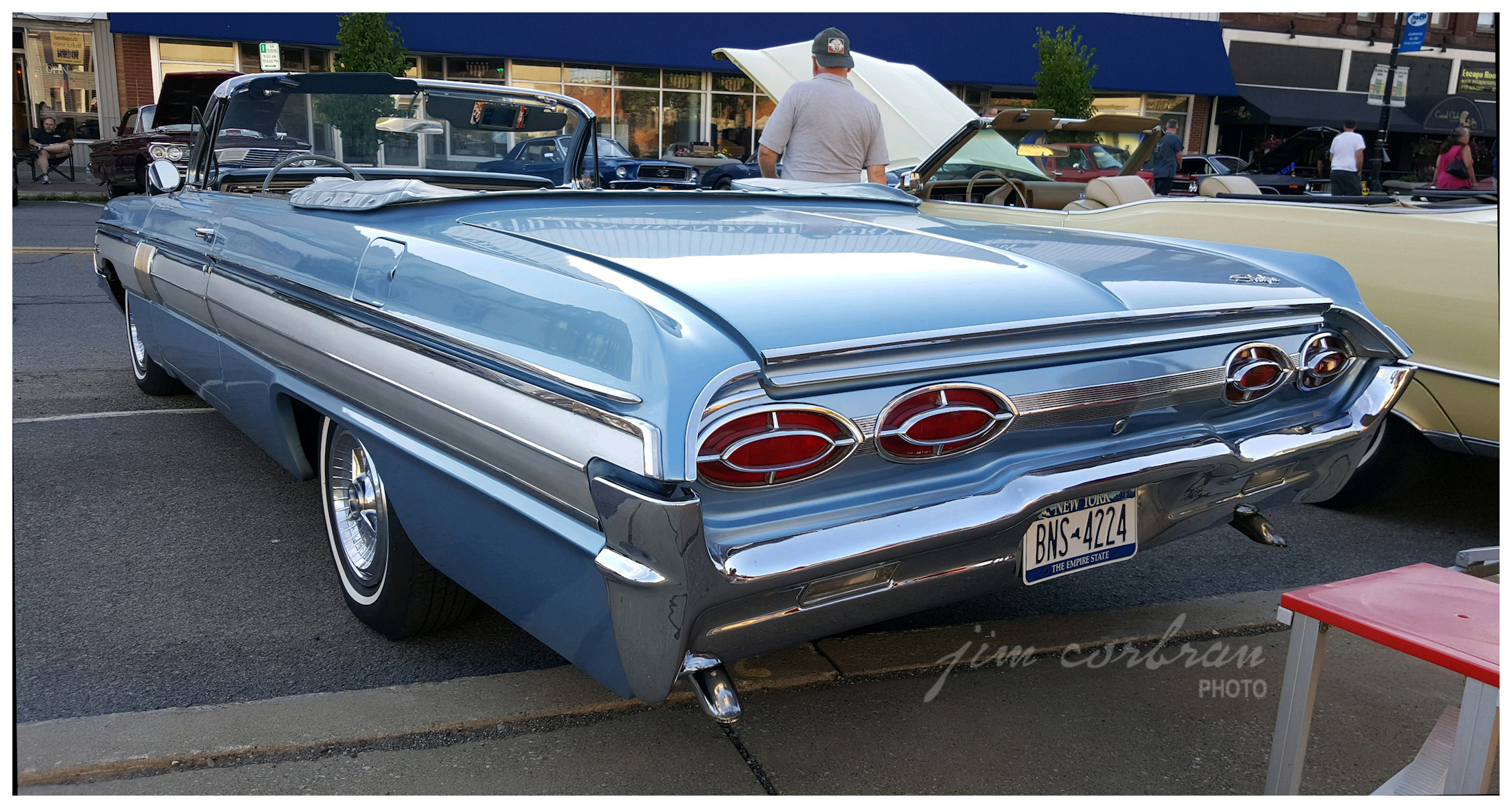 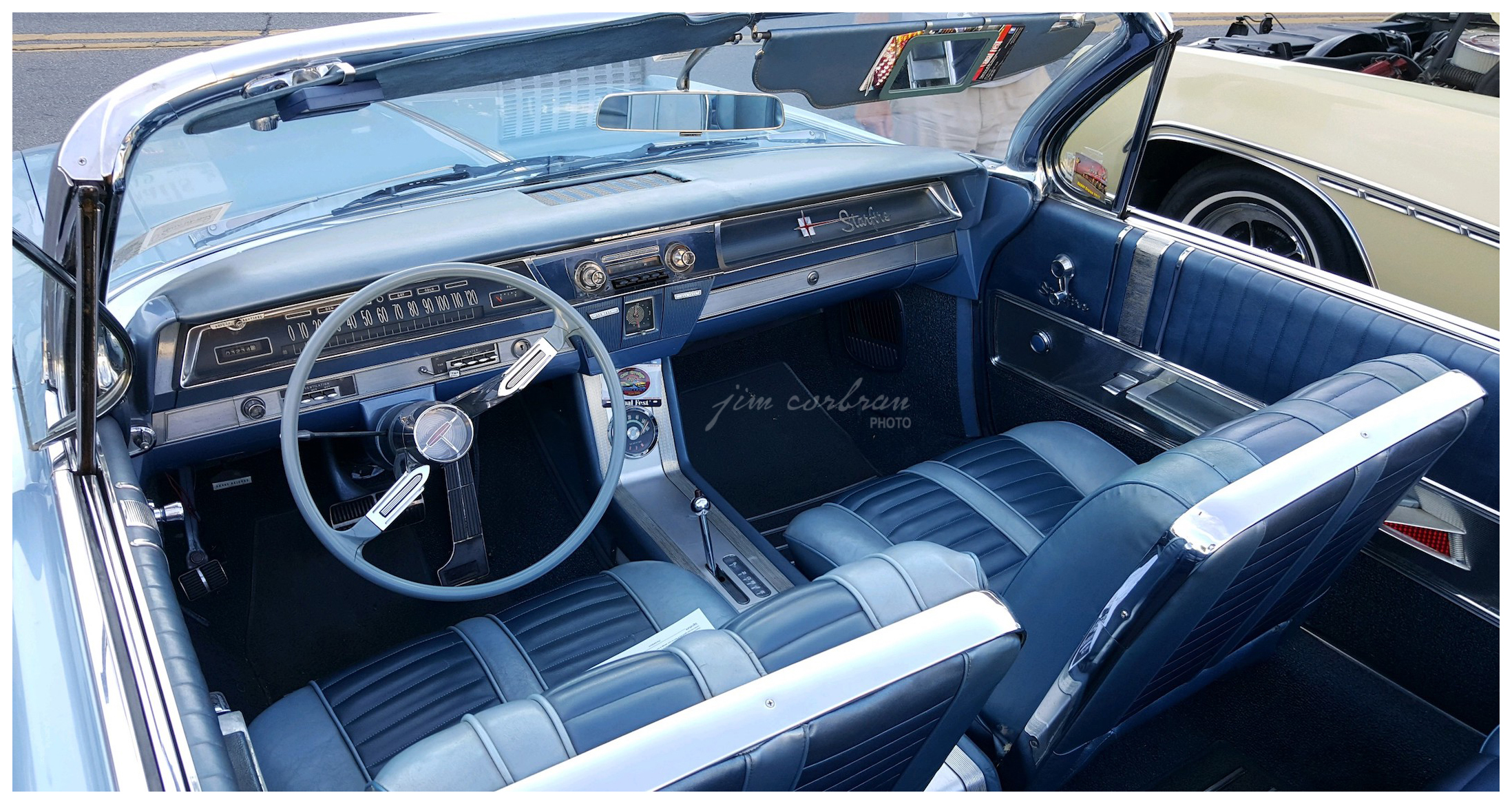 The 1962 Oldsmobile Starfire was not brought about, as some think, as a response to Pontiac’s Grand Prix — the Starfire convertible was introduced halfway through the 1961 model year as a sub-model of the Super 88. The Grand Prix didn’t debut until 1962, a year in which Olds made the Starfire a separate model and added a 2-door hardtop to the mix. The convertible would stay in production until model year 1965; the hardtop was continued for another year. The Starfire name was revived and used on the Chevy Monza-based compact Starfire hatchback coupe for model year 1975, a car which also shared a lineage with the Buick Skyhawk and Pontiac Sunbird. Today’s blue Starfire convertible was seen last summer at one of the weekly car shows on Webster Street in North Tonawanda. It's a dead-ringer for the car Olds used in that year's brochure (bottom). 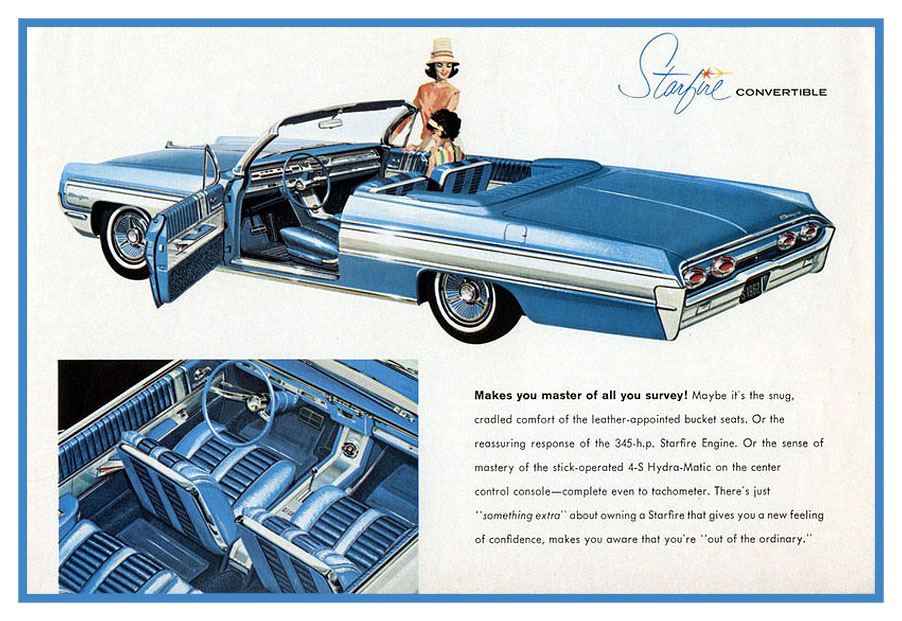