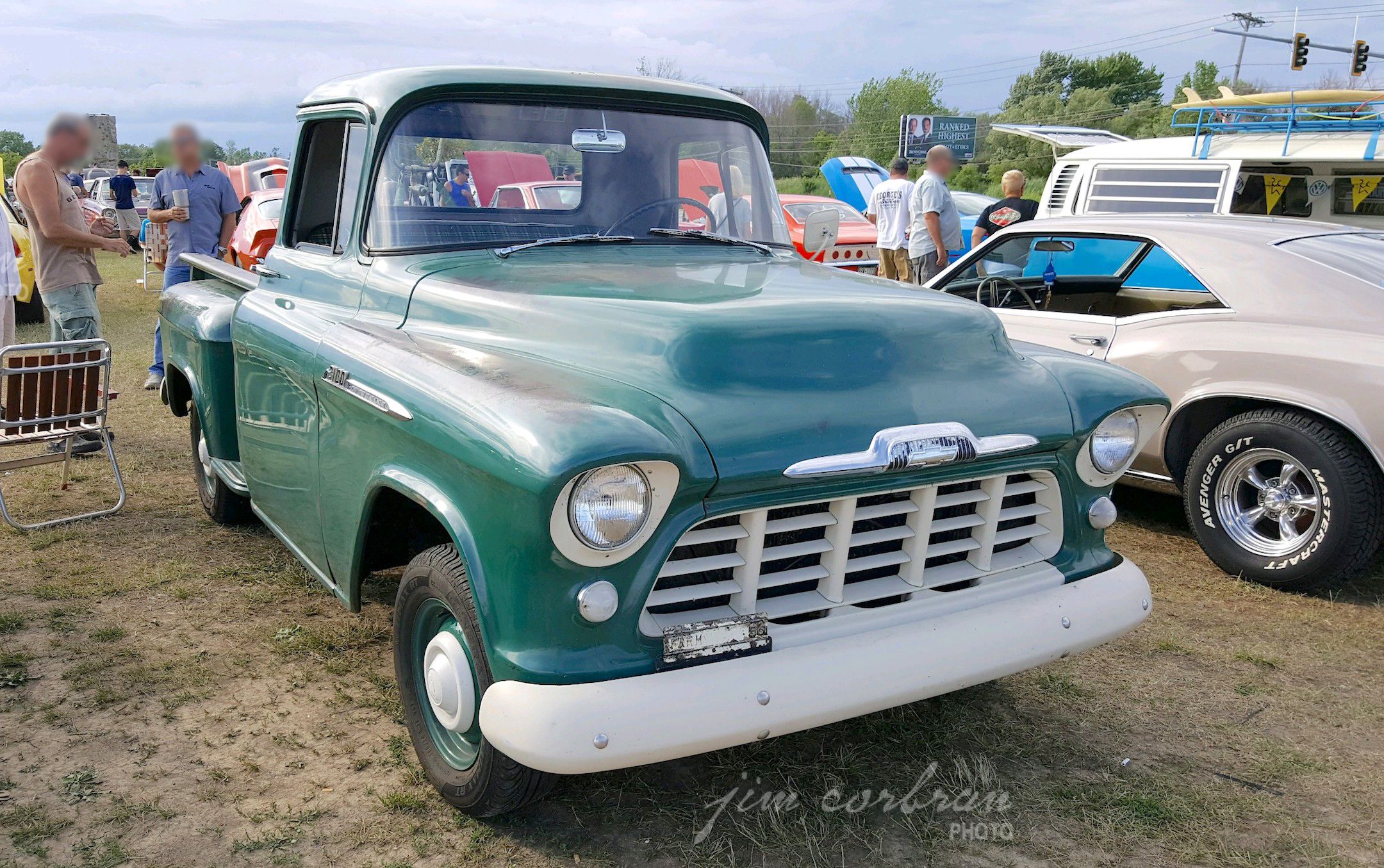 For the second day in a row we’re featuring a RealRide that looks like it drove right out of that year’s brochure (see bottom photo) — this time it’s a 1956 Chevrolet 3100 Task Force pickup. In the second year of a total restyle, this ’56 featured: a panoramic windshield, doors which concealed safety steps, and high-level ventilation. Standard engine was Chevy’s Thriftmaster Six, a 140-hp inline which was connected to a three-speed manual transmission. Optional was the Trademaster V-8 (155 hp), as well as four different transmission choices. Both short (114”) and long (123-1/4”, 135”) wheelbase versions of the full-fendered Task-Force models were offered (which would later evolve into the Stepside), as well as a 114” Cameo half-ton, which featured a more stylish, smooth-sided rear fender design (eventually renamed the Fleetside). Saw this green half-ton last summer at a car show in North Tonawanda’s Gratwick Park during the annual hydroplane races. 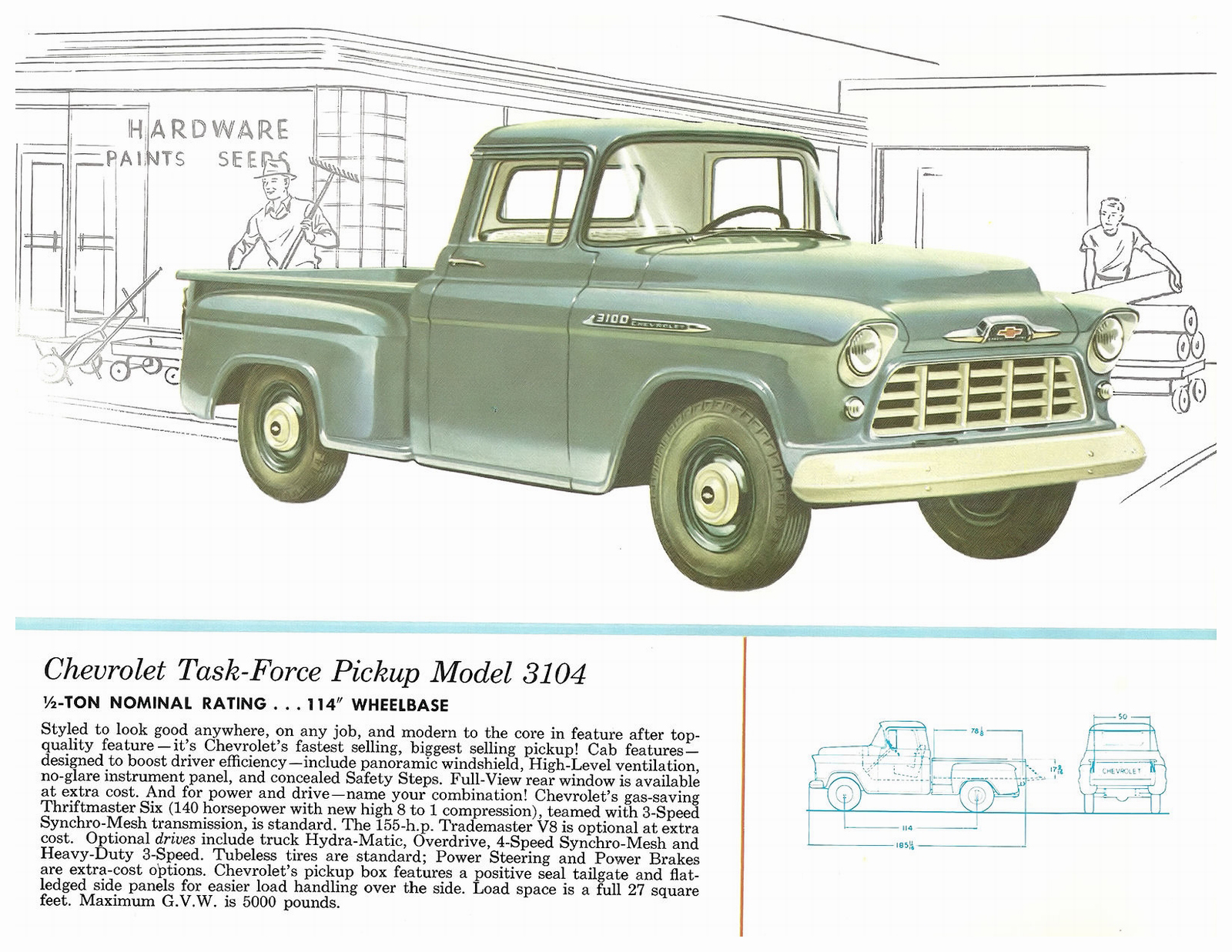