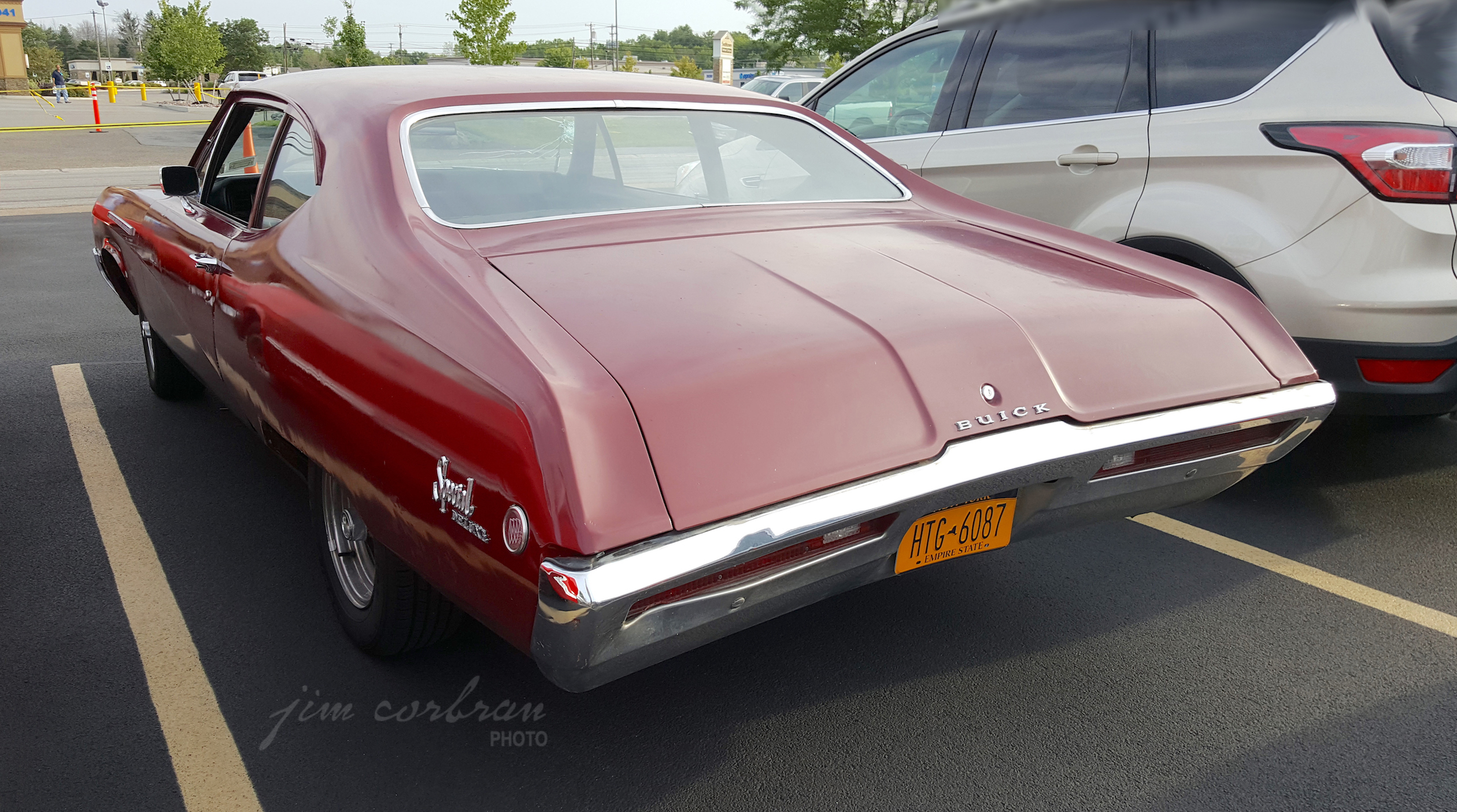 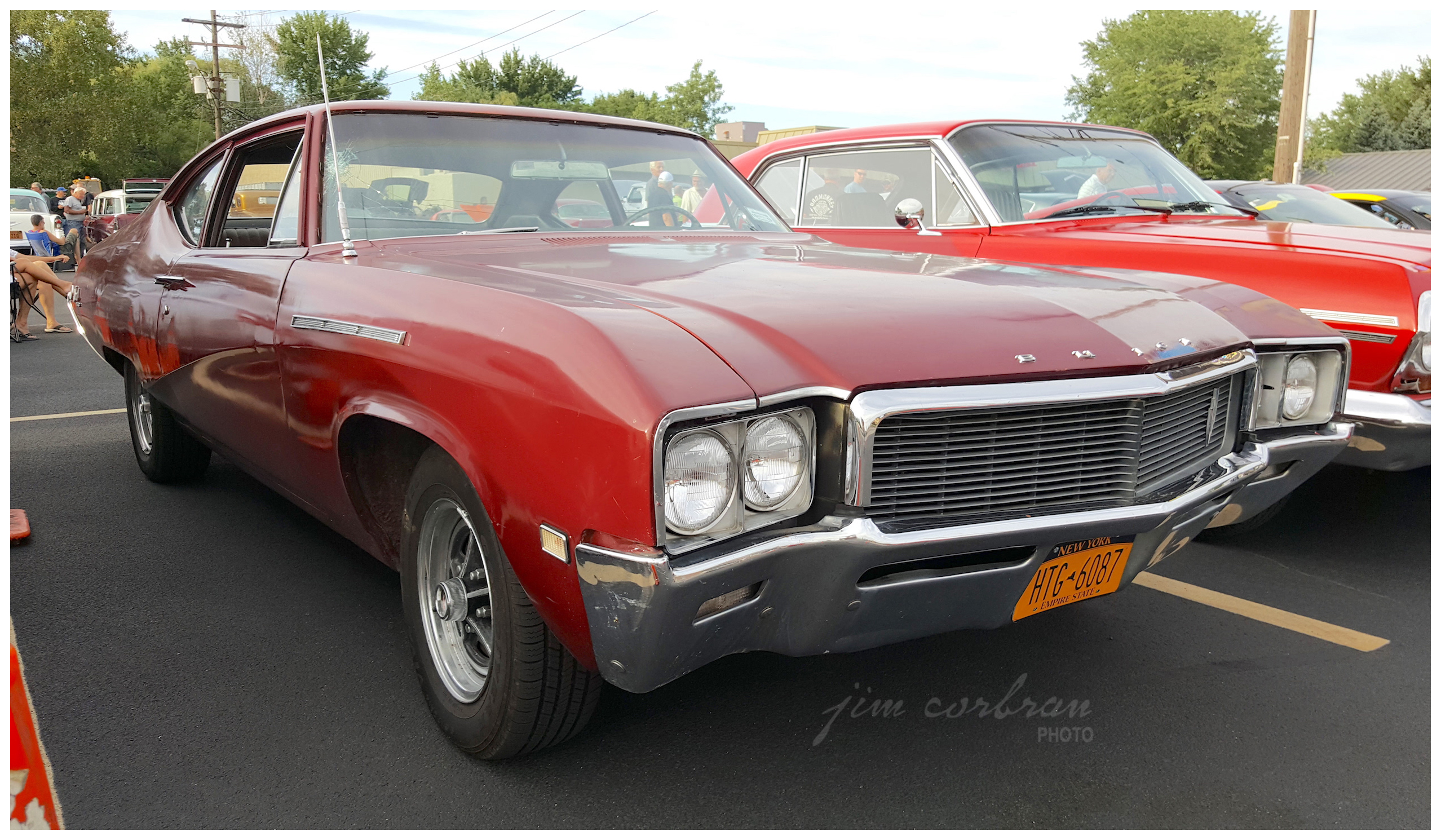 With a starting MSRP of just $2,513, this 1968 Buick Special Deluxe coupe was the least expensive offering from the Flint manufacturer that year. It was also available as a four-door sedan and a station wagon — both on a longer, 116-inch wheelbase (the two-doors were all 112”). If the plain-jane coupe wasn’t your cup of tea, pillarless hardtops were offered in the pricier Skylark and Gran Sport lines. This would be the penultimate year for the Special models, with the Skylark becoming the price leader for model year 1970. Saw this red example last summer in the visitors’ parking lot of a weekly car show one Friday night at Striker’s Lanes in West Seneca.