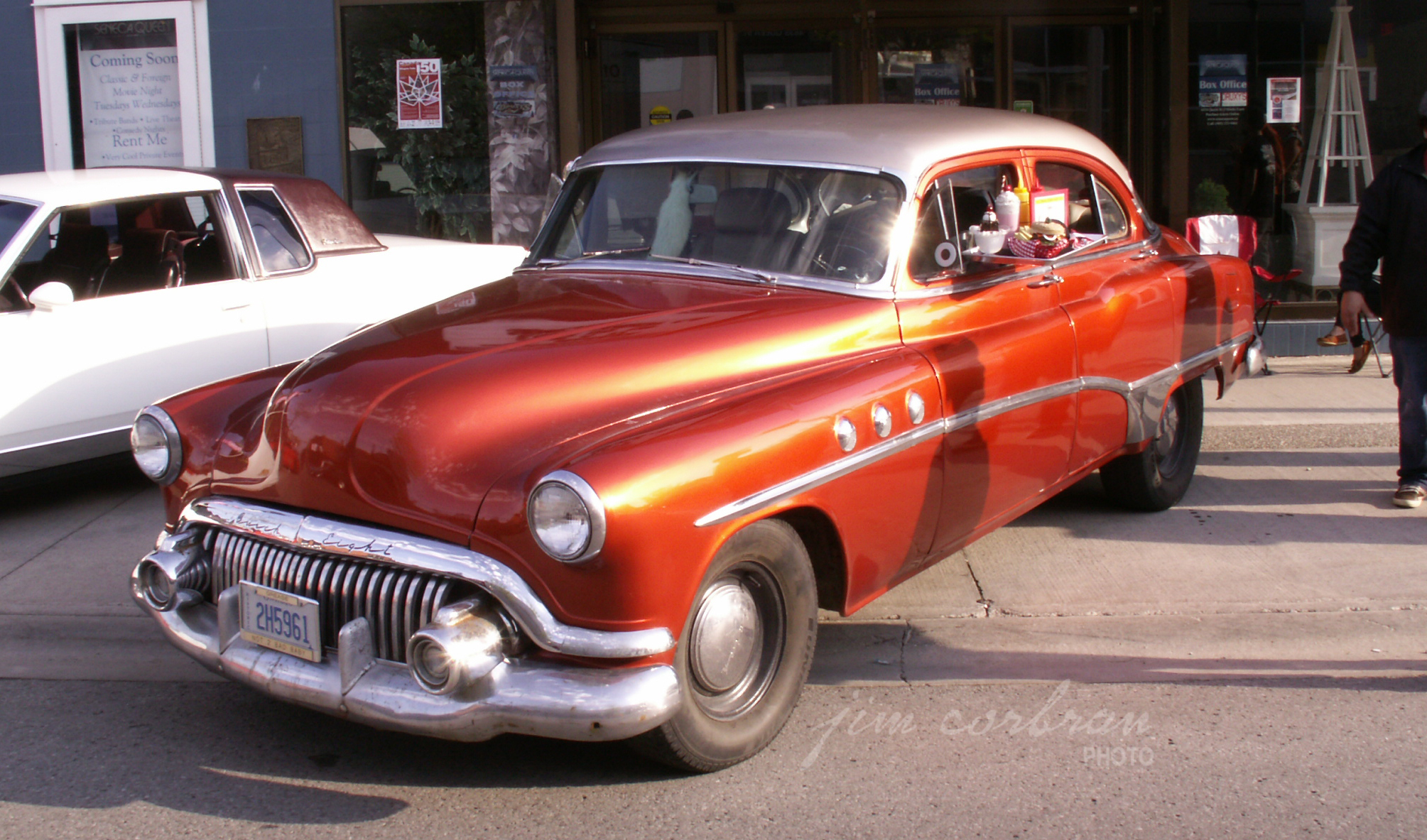 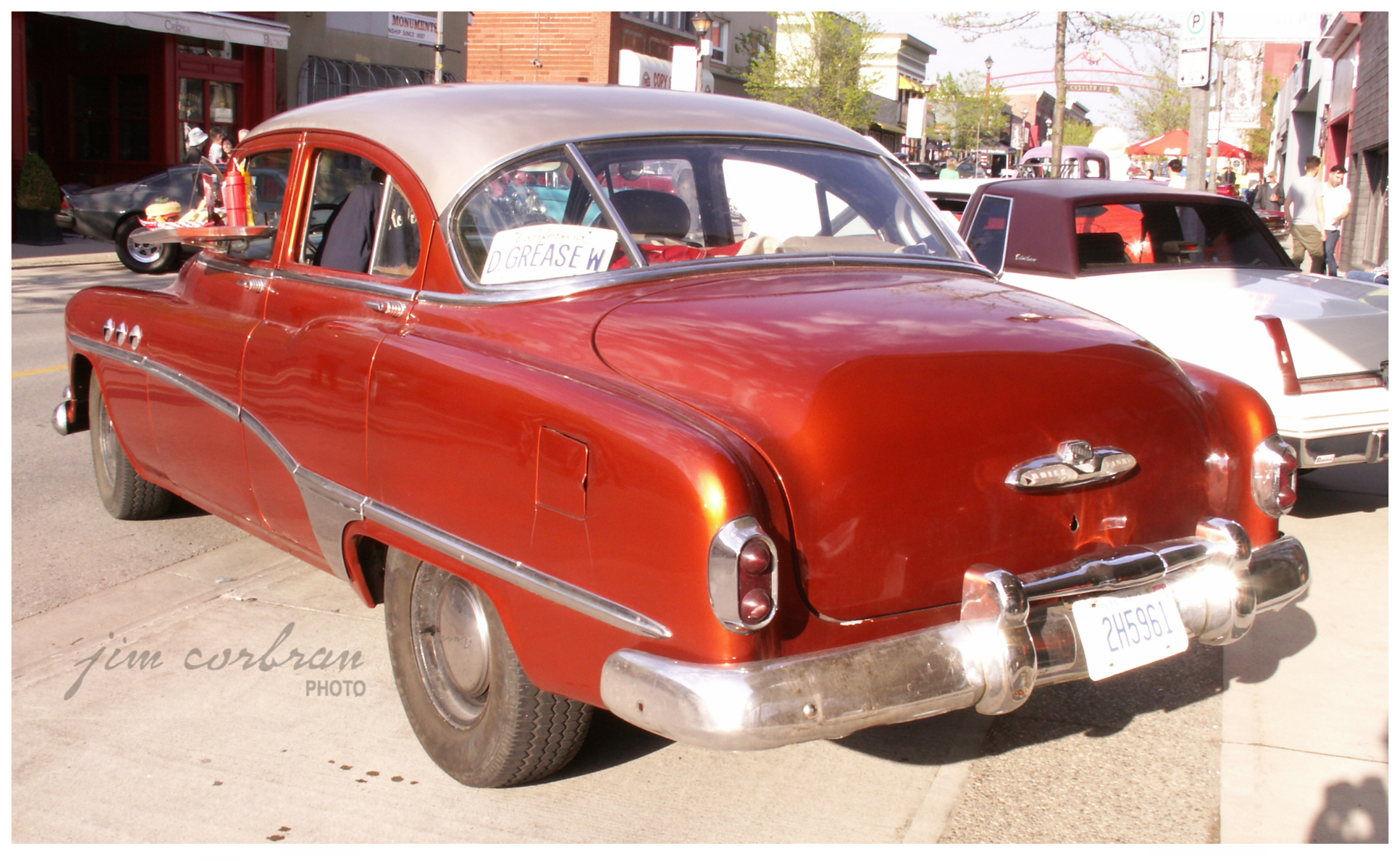 Day 2 of Buick Week…
When we first encountered this 1951 Buick Custom Deluxe a couple of summers ago at weekly Cruising on the Q event on Queen Street in Niagara Falls, Ontario, we hadn’t figured that it was a Canada-only model. But our research department (me) over the weekend found an April 1, 2007 article on wheels.ca titled “Canada only cars: Part III,” which told us that this Buick Custom Deluxe was the Canadian equivalent of the U.S. Special model, and according to an AACA (Antique Automobile Club of America) online forum, it was discontinued after the 1953 model year. The Custom Deluxe ad below was found on the Flickr page of Alden Jewell. 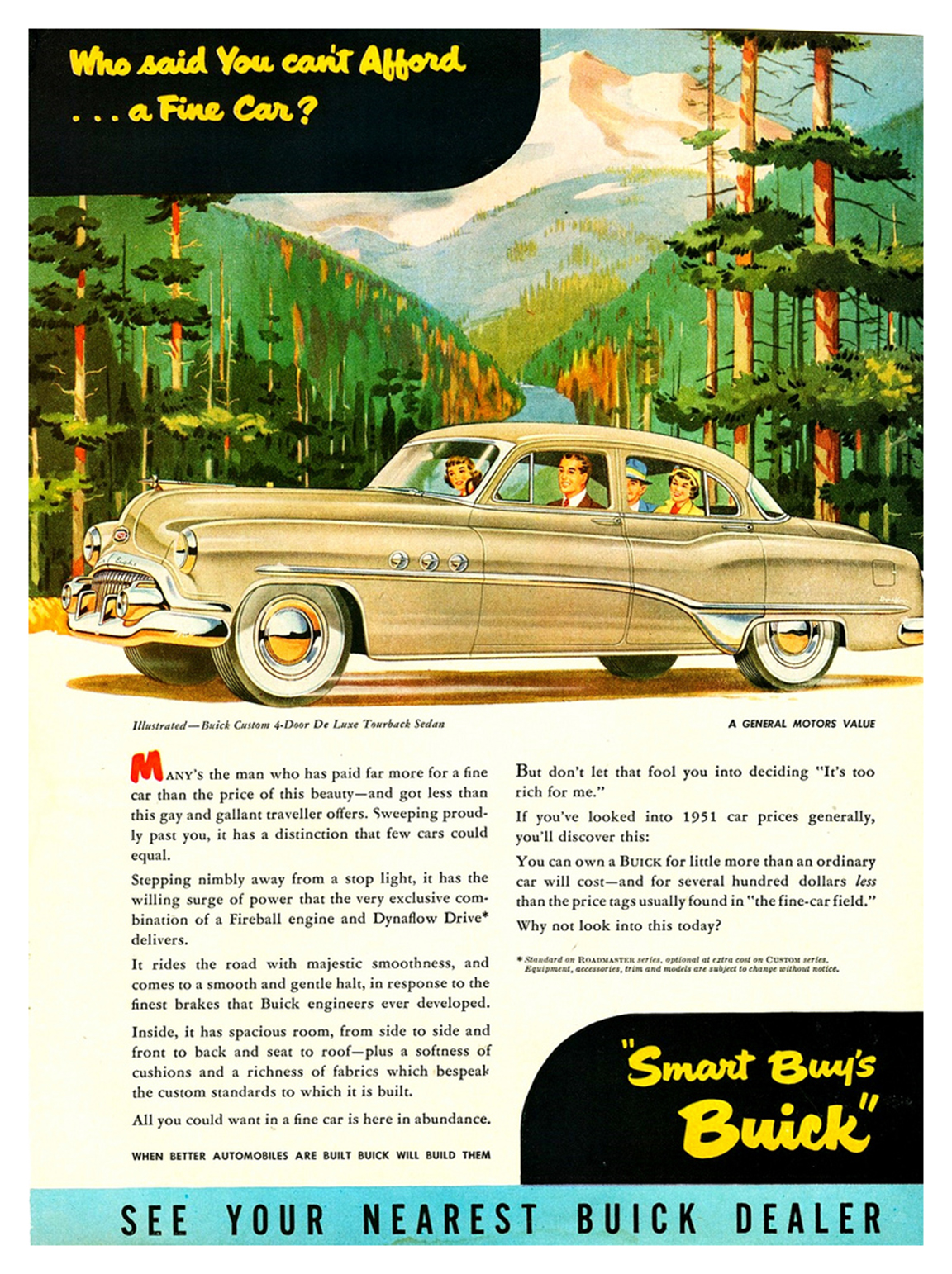