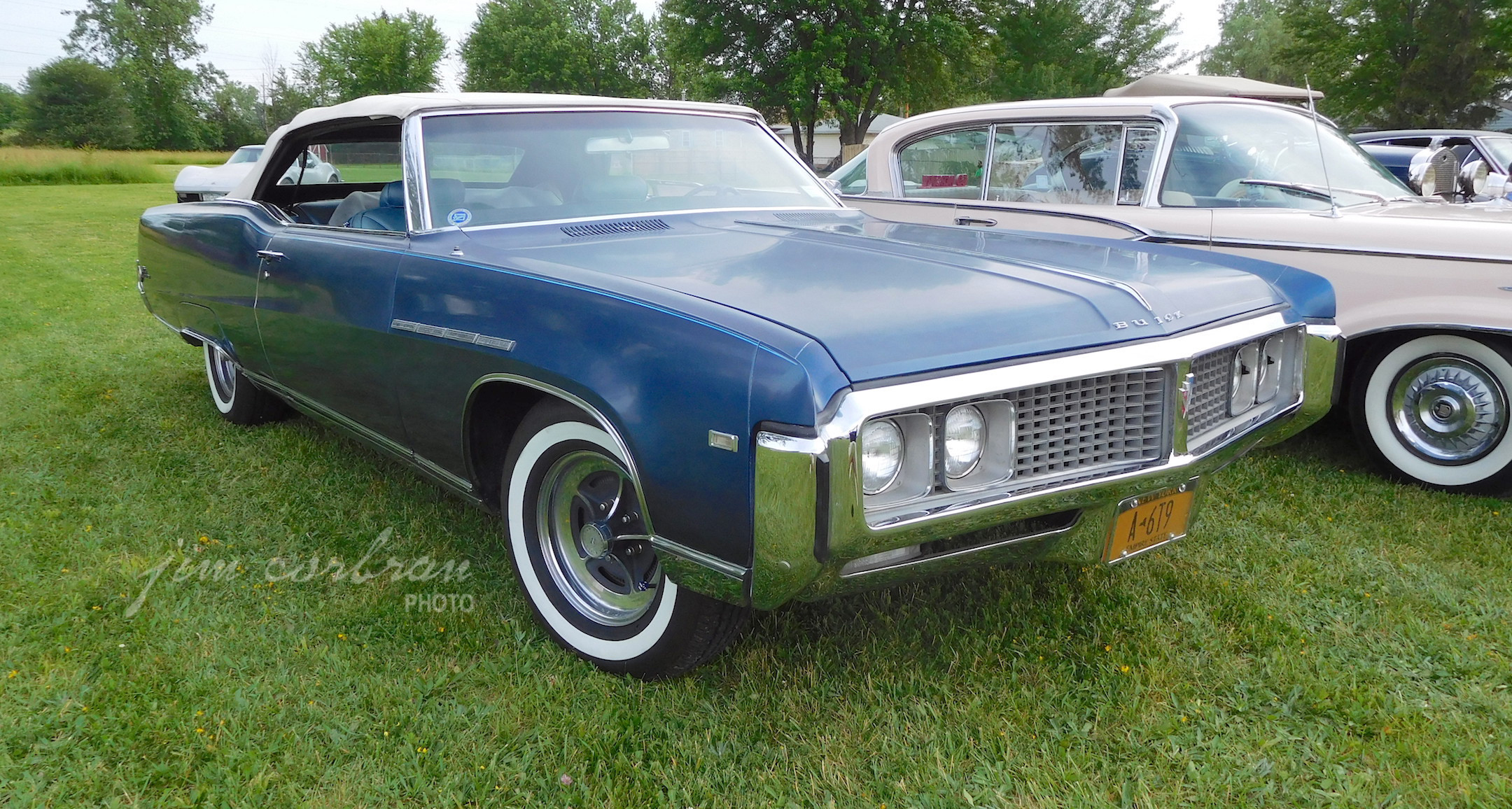 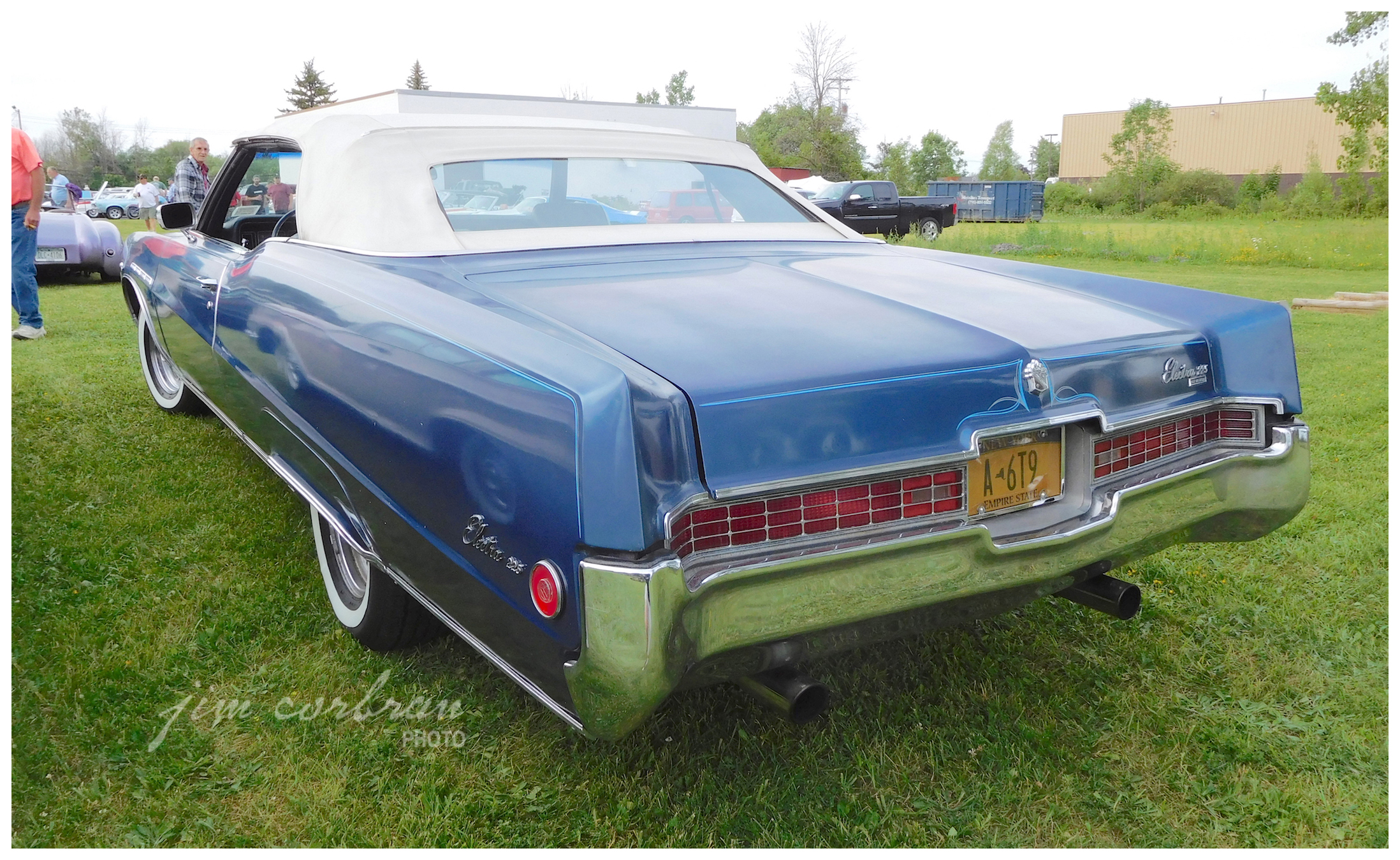 Day 3 of Buick Week…
Looking at this 1969 Buick Electra 225 Custom convertible, it seems like the Flint manufacturer could have adopted the slogan “When Bigger Cars Are Built, Buick Will Build Them.” Although skirting the theme of its voluminousness, advertising copy writers did mention the Electra’s “…flowing profile… vibrant styling…" and "...new dimension in luxury car comfort and appointments.” Inside, the convertible came standard with expanded-vinyl notch-back seats in blue, buckskin, red, or black. Also standard on the drop-top were power windows and two-way power seats. Under the hood was Buick’s 360-hp 430-cu.in. V-8, which was connected to a Turbo-Hydramatic 400 transmission. This Twilight Blue example was seen a couple of summers ago at one of the weekly car shows at the Matt Urban V.F.W. Post in Lancaster.