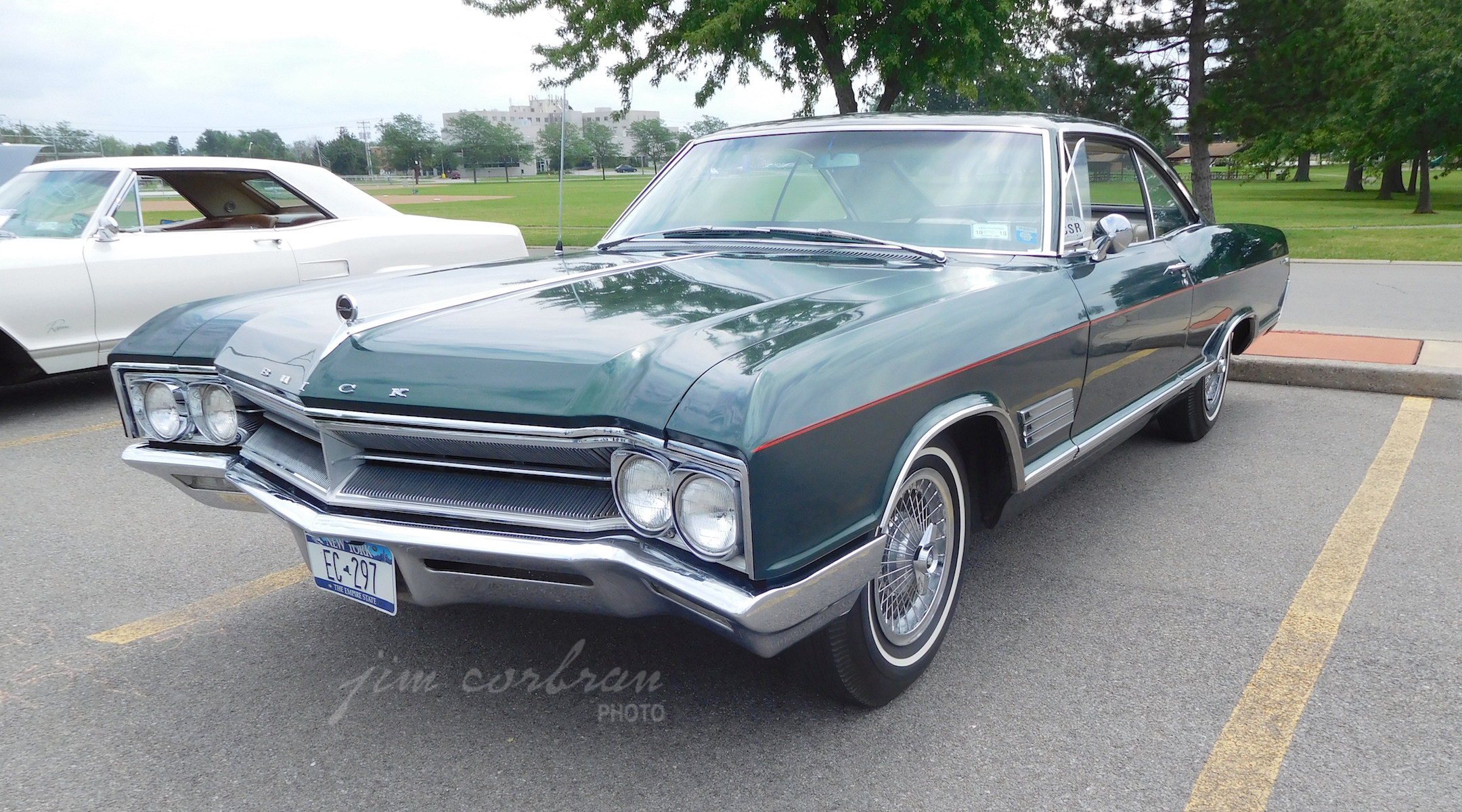 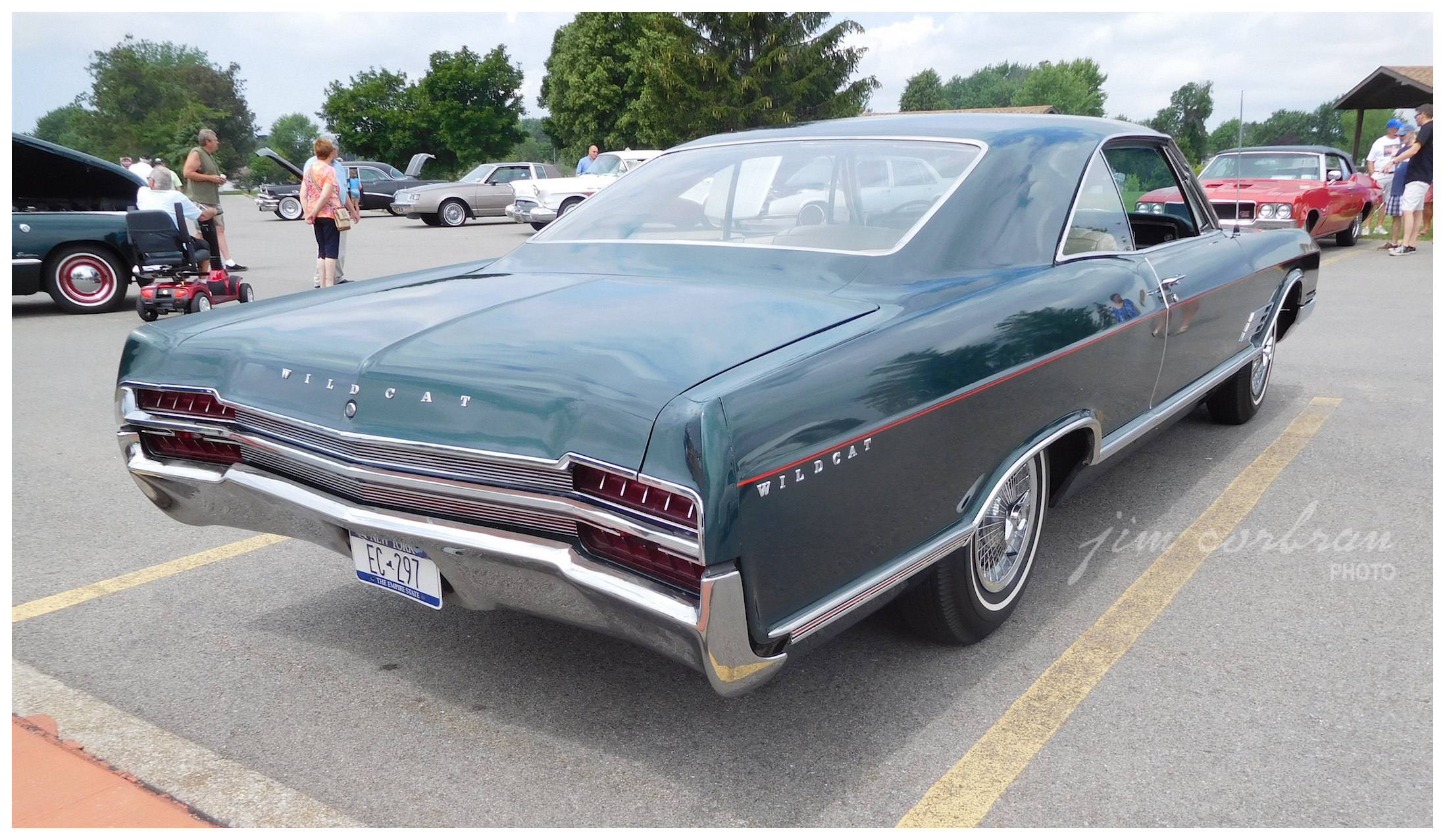 Day 4 of Buick Week…
Seen at the 2017 All-Buick Show in Lancaster, this Shadow Turquoise 1966 Buick Wildcat is an unrestored example which we learned has been in the same family since 1966. The Wildcat, begun as a “torrid new luxury sports car” part way through the 1962 model year, had by 1966 been advertised as “The tuned car. For young people of all ages.” It was also now available in a larger range of models; besides the two-door hardtop, there were: four-door versions in both hardtop and sedan guises; a convertible; and later in the model year, a Gran Sport option for the sport coupe. For model year 1966, Buick produced 9,774 hardtop coupes like this one.