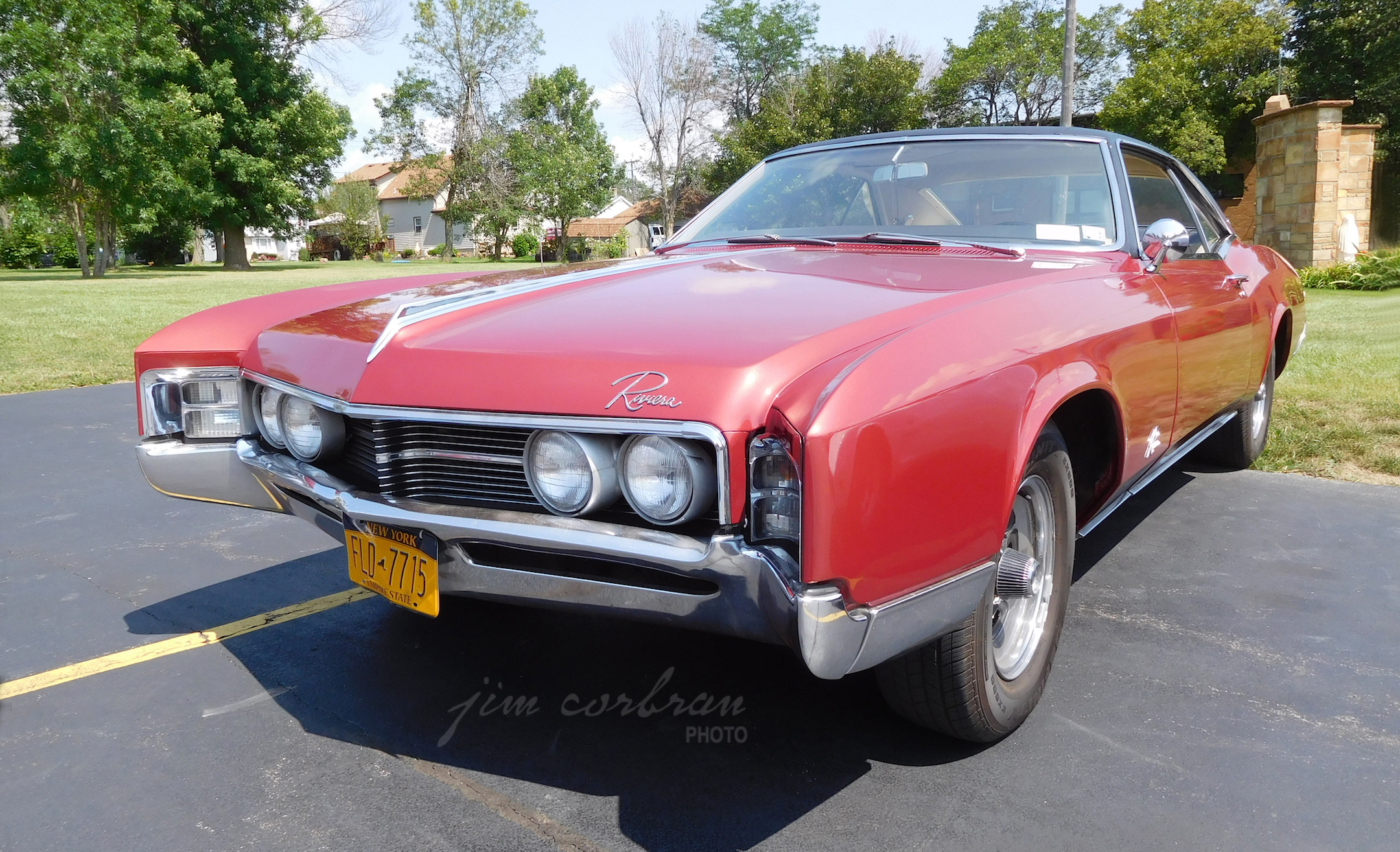 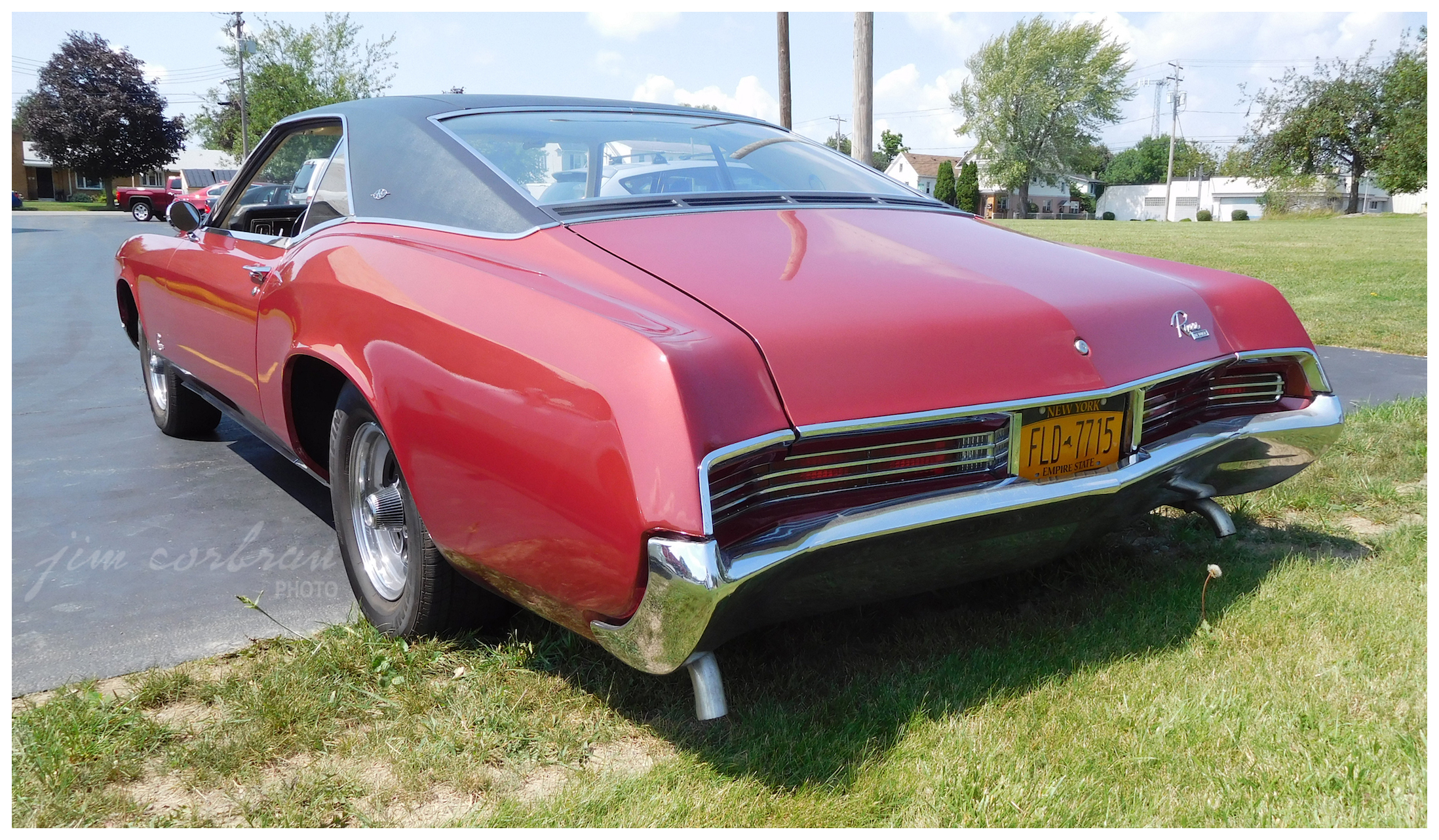 Day 5 of Buick Week…
This 1967 Buick Riviera is from year two of a total restyle, and shares its basic body shell with the Olds Toronado and Cadillac Eldorado. The Riv however, is the only one of the three to still feature the conventional (for the time) rear-wheel drivetrain format. Available in two models, The base ’67 Riviera had an MSRP of $4,469 (about 34 grand in today’s world) — it was also available as a Gran Sport model. Brochure writers a year earlier made the haughty claim that “…its gripping performance is unmatched by any car in or out of its class.” Quite a statement for a car which weighed over two tons, even for the GS with its heavy-duty suspension, positraction, and Wide-Oval white-stripe tires. This red example was seen in the viewers’ lot at the 2017 St. Mary’s High School Annual Car Show in Lancaster.