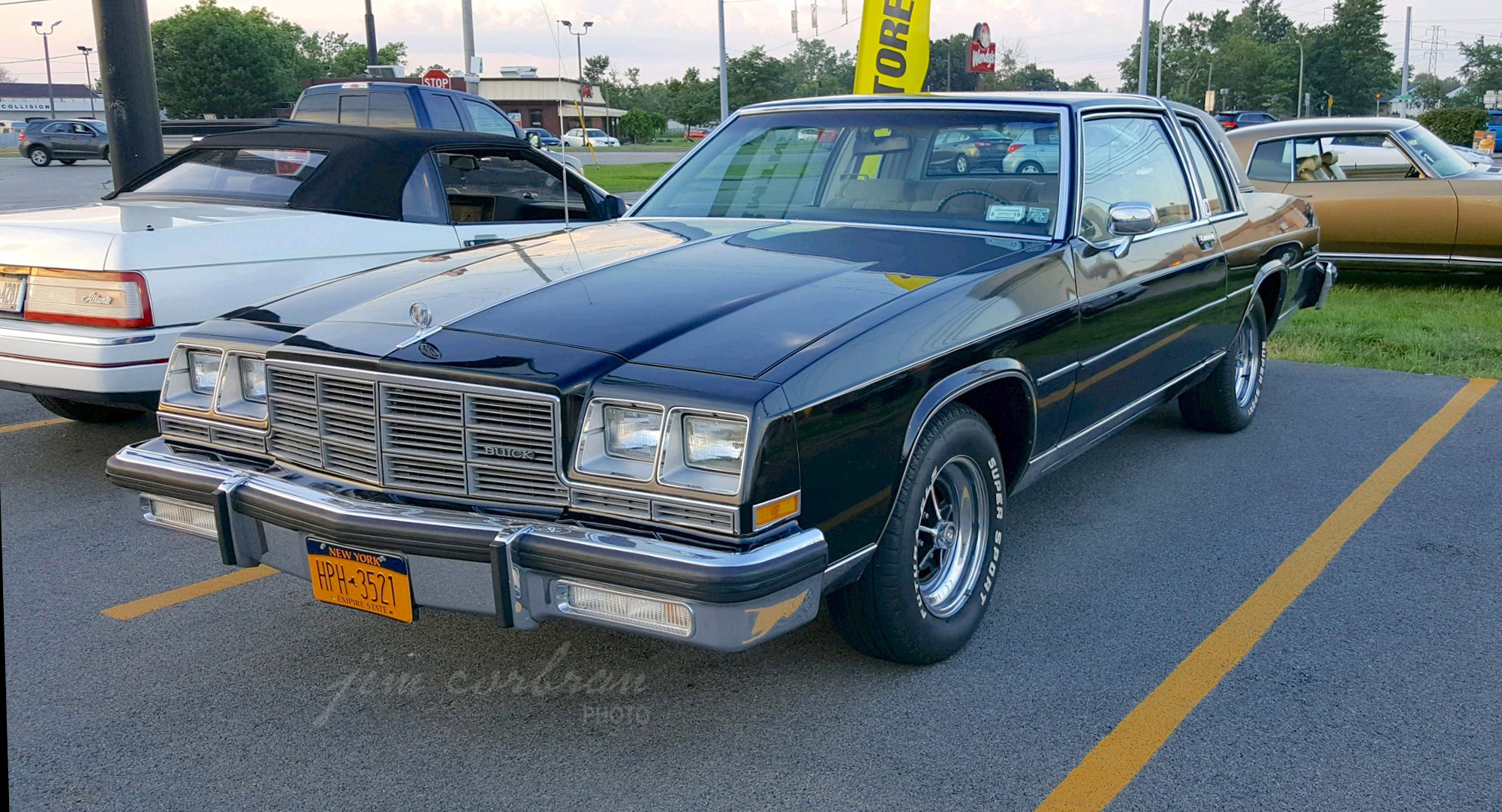 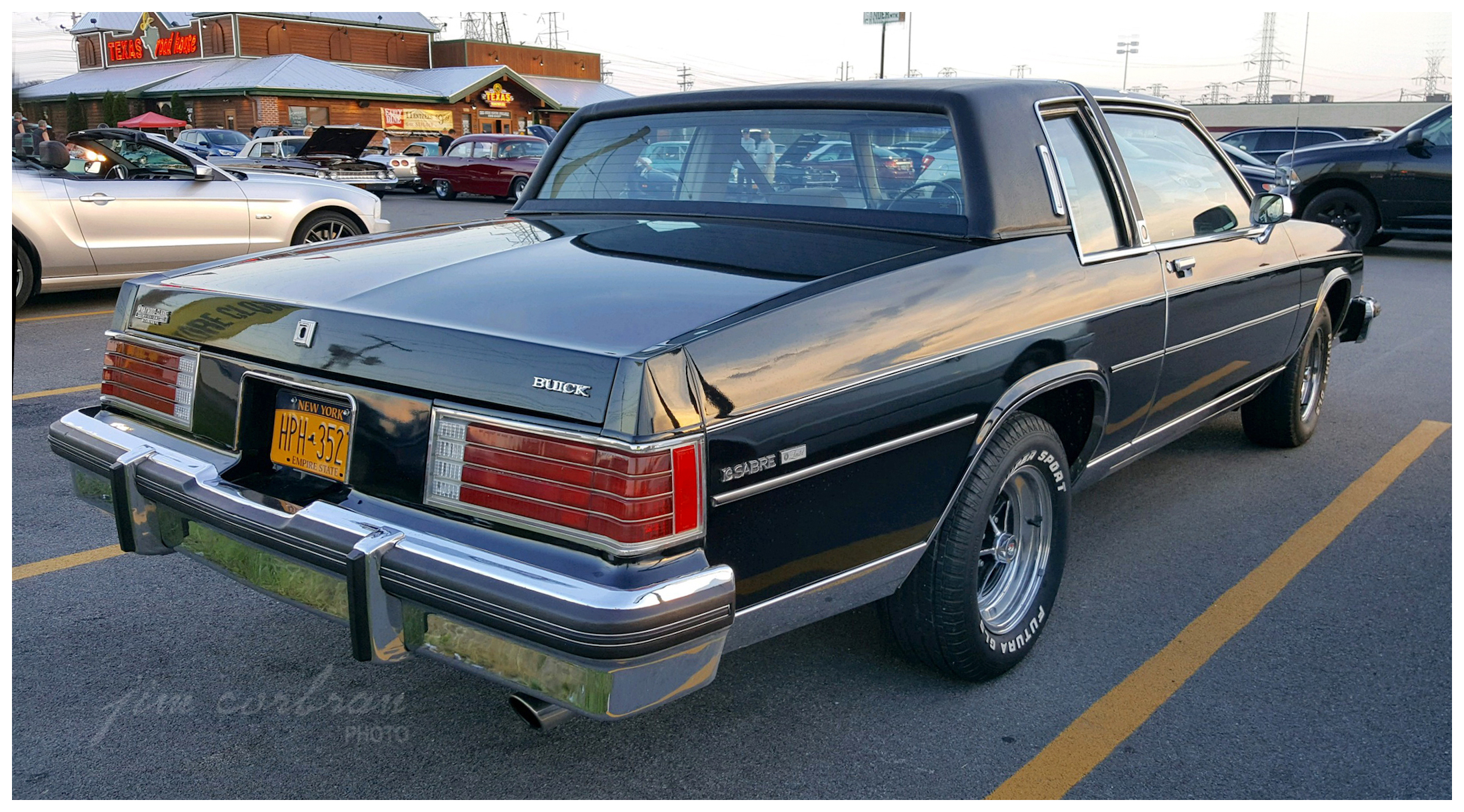 Day 6 of Buick Week…
It’s not often these days that you run across one of these big GM two-doors, but there were over 22,000 of the 1983 Buick LeSabre Limited coupes produced for model year 1983 (plus another 6,974 Custom coupes). These downsized two-doors debuted for 1977 and continued in production until 1991. In their brochure, Buick asked (and answered) questions about the LeSabre: “Practical? Of course. Luxurious? Naturally; it’s a Buick. But ordinary? Never.” For 1992 a total restyle took place, and all LeSabres became front-wheel-drive four-door sedans. The nameplate soldiered on until the final 2005 models; they were replaced, sort of, by the LaCrosse… or was it the Lucerne? Hard to say. This black LeSabre Limited was seen at a weekly Texas Road House Cruise Night in Tonawanda back in 2017.