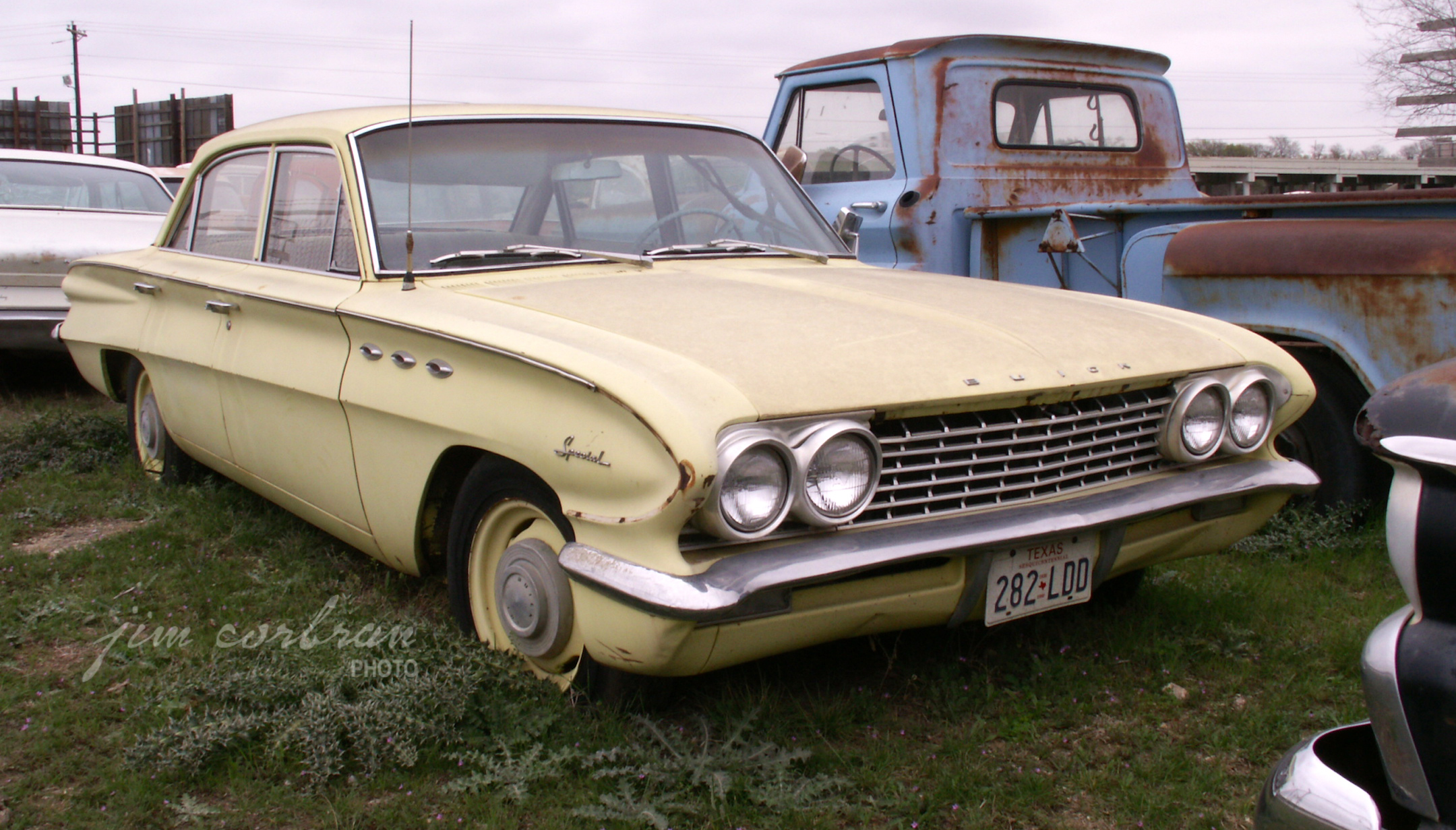 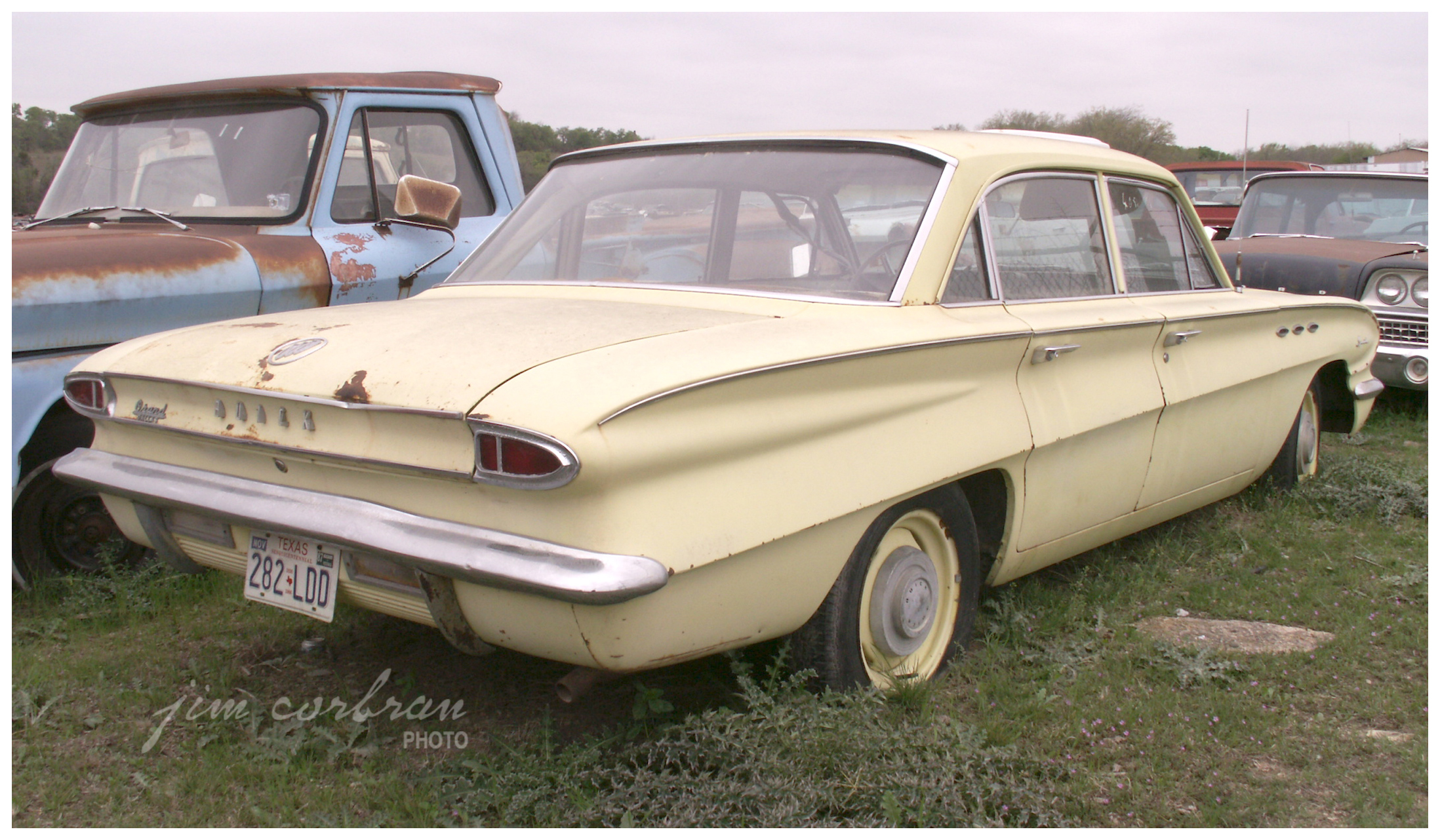 Day 7 of Buick Week…
This 1961 Buick Special is one of several cars we saw which looked like it could have been driven right out of the field at the CTC Auto Ranch in Denton, Texas. Well, maybe with a little digging. My daughter Katie and I came across it in the spring of 2013 when we stopped by the CTC as we drove back to Buffalo from Fort Hood. The ranch holds an amazing treasure trove of old cars; so much so that they charge admission just to wander around the acres and acres of Detroit iron. (Okay, there’s also some Kenosha, South Bend, and other iron scattered about, too.) We spent hours there, and it was definitely worth the ten bucks (each) we spent to get in. Obviously a local car, as this one’s still wearing a badge on the trunklid from Orand Buick in Dallas, a long-gone dealership whose successor, Ewing Buick-GMC, is still in business in Plano, just east of Denton and north of Dallas-Ft. Worth.