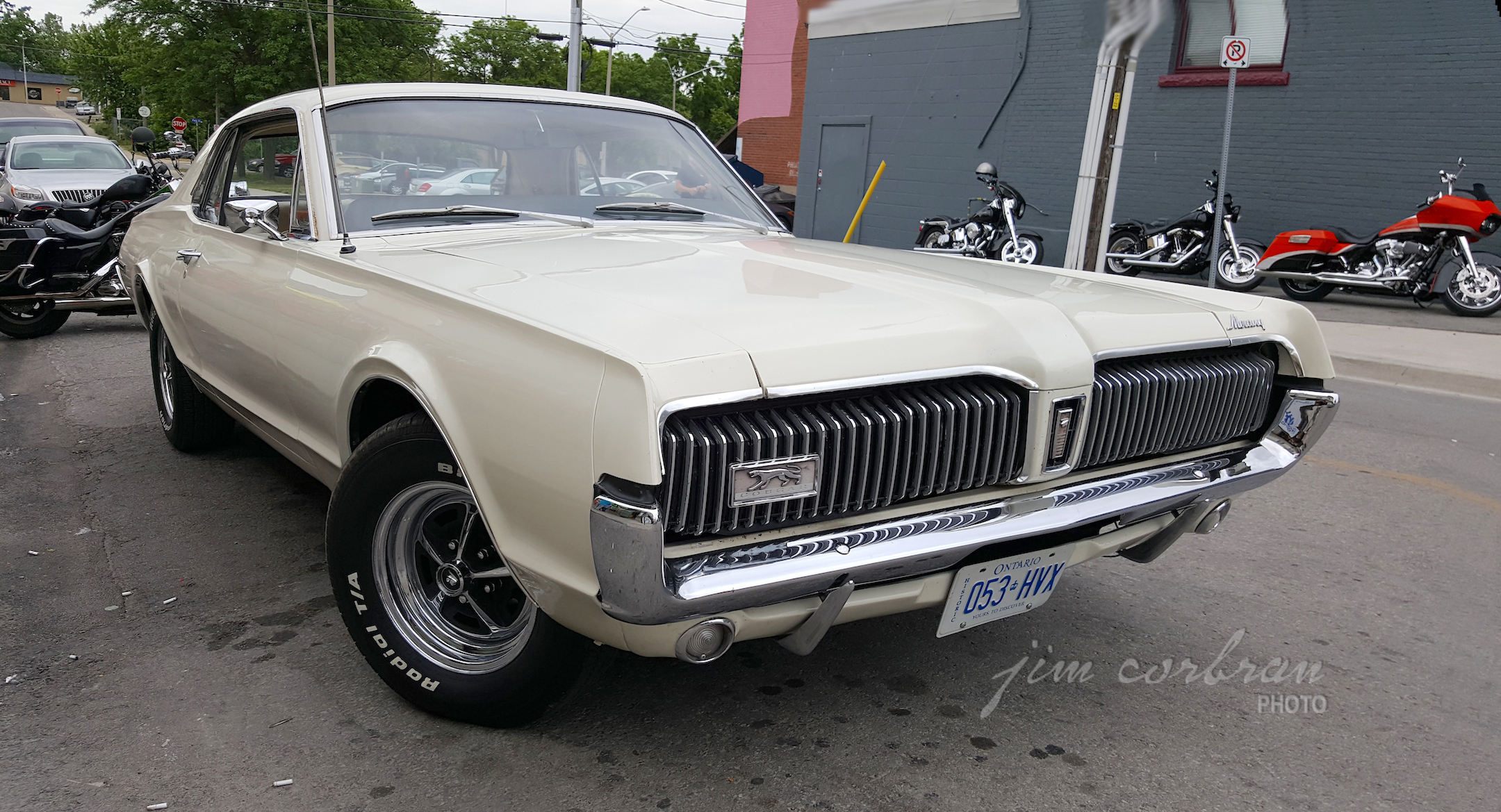 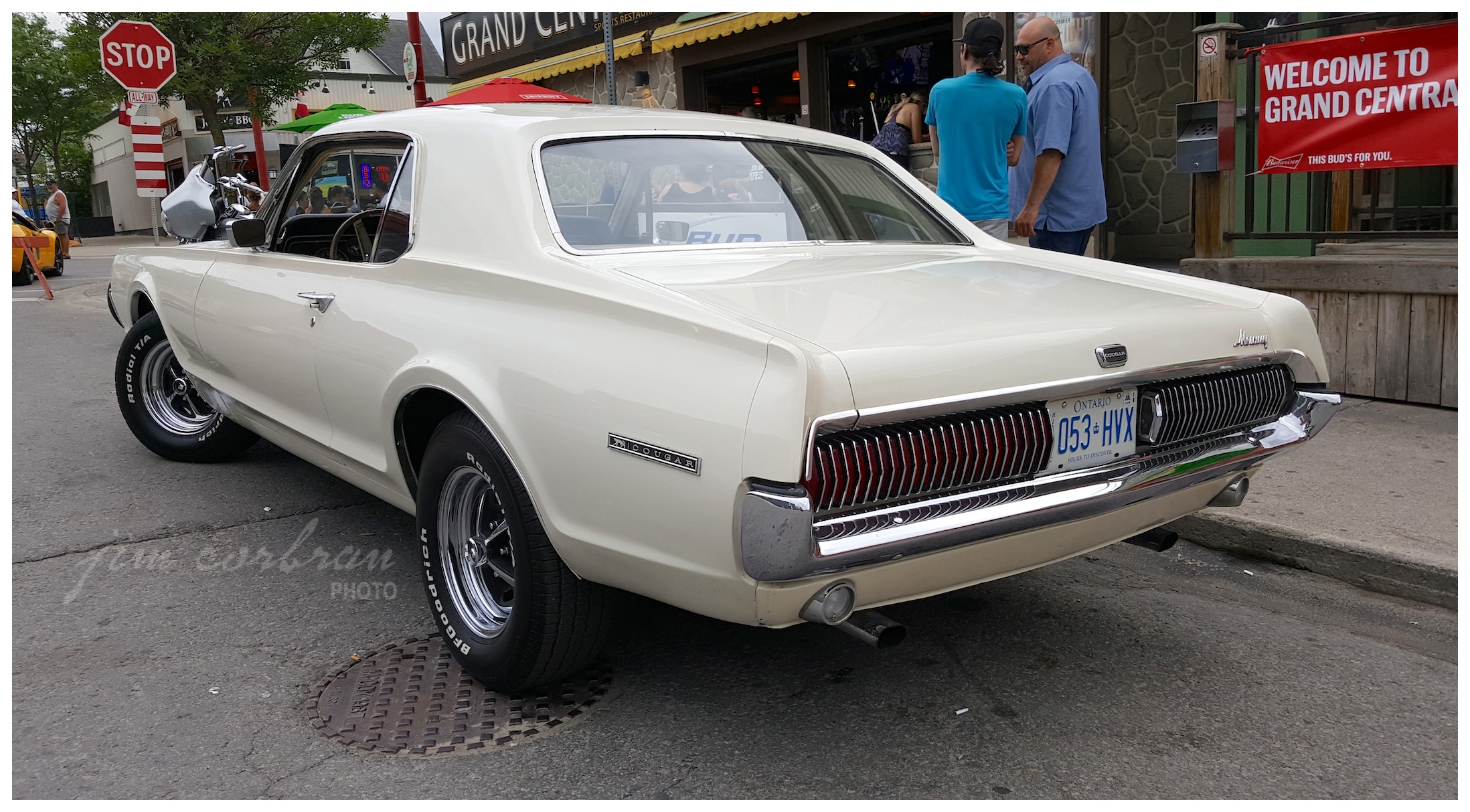 Day 1 of Discontinued Marques Week…
This 1967 Mercury Cougar was found last June at a weekly Cruising on the Q Tuesday night event on Queen Street in Niagara Falls, Ontario. This was the Cougar’s first year, and it was based on Ford’s popular Mustang. Bigger, more posh, and costlier than its Ford cousin, the Cougar helped spawn the upper crust pony car category, along with Dodge’s Challenger and Pontiac’s Firebird — derivatives of the Plymouth Barracuda and Chevrolet Camaro, respectively. The Cougar name would eventually move on to Mercury’s mid-sized coupe (along the way expanding to a lineup of sedans and — gasp! — station wagons for a bit), before ultimately gracing a Ford of Europe-based sport coupe from 1999-2002.