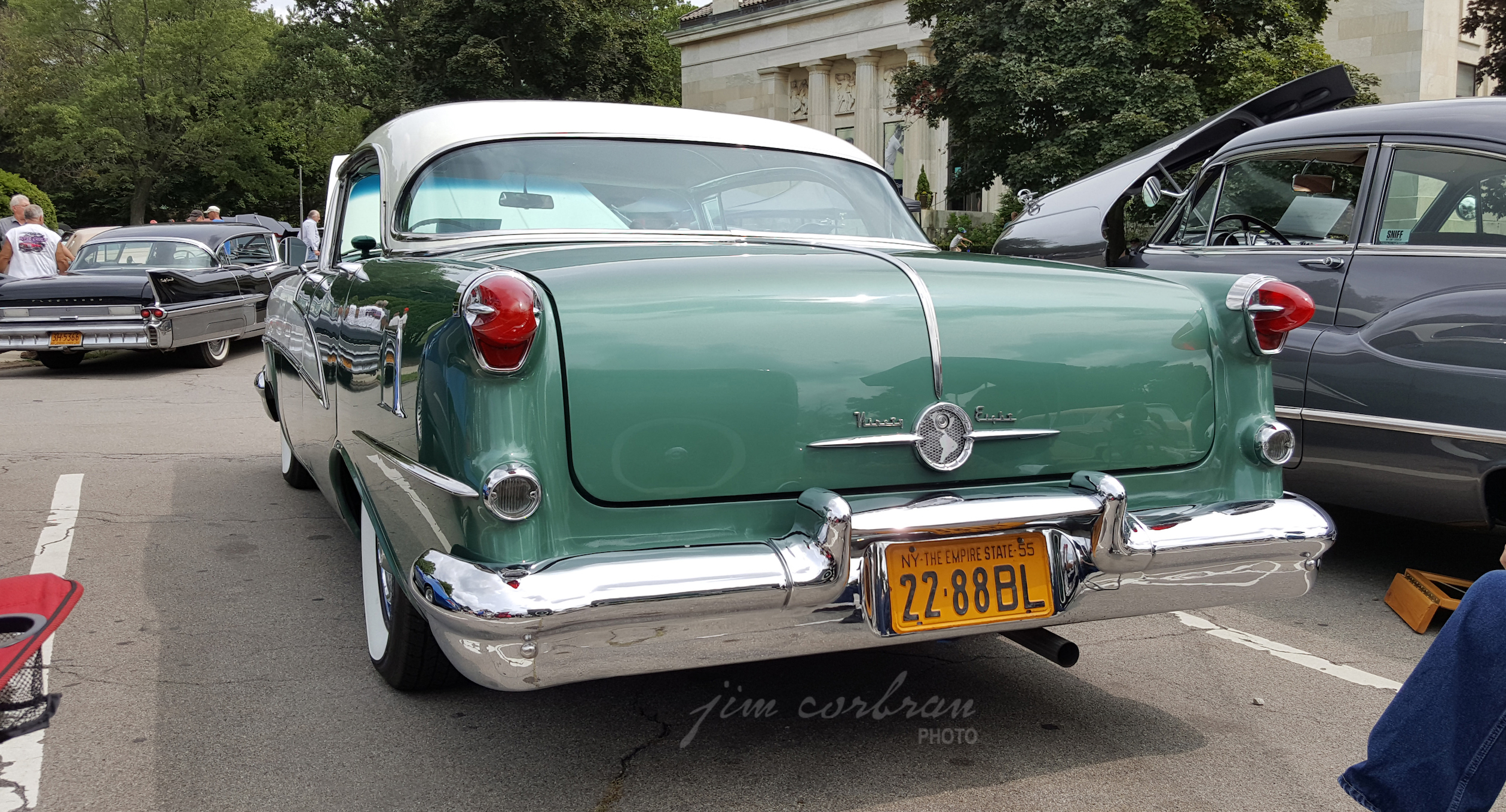 Day 2 of Discontinued Marques Week…
Even though they sold over 42,000 of the 1955 Oldsmobile Ninety-Eight Holiday Sedan, you rarely see one today — or any four-door hardtop from that era when you think about it. This was the newest body style, and was sold by most American manufacturers by the mid-1950s, and they were pretty popular across the board. Olds called all of their pillarless sedans by the Holiday moniker (two-doors were Holiday Coupes.) The Holiday sedans were huge sellers for Olds in 1955; they were the number two body style in sales (behind the regular four-door sedan) for all three of Olds’ lines — the 88, Super 88, and Ninety-Eight. Saw this one last summer at the annual car show at the Buffalo History Museum. The final Oldsmobile was produced in 2004.